**THIS APP IS UNOFFICIAL AND NOT SUPPORTED BY ORANGE THEORY FITNESS OR ANY OTHER STUDIO**</p><p></p><p>Donate to the developer: https://paypal.me/werkkrew</p><p></p><p>This Garmin Connect IQ App provides a display on your Garmin Device which closely matches the display seen on the screens in Orange Theory Fitness studios as well as other HIIT studios such as Fit32, Cyclebar, etc. It is intended to be used in-studio alongside any of the officially supported heart rate monitors and will not interfere with their operation. Devices equipped with internal HRM's can use this sensor as well but it is not as accurate as an external sensor. By default the app will record an activity of type Training but can be changed by the user in the settings menus. This activity and it's FIT data can be saved and sync'd with Garmin Connect just as any other fitness tracking app does.</p> 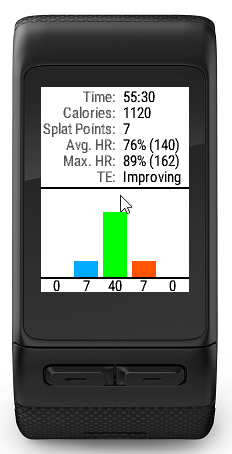 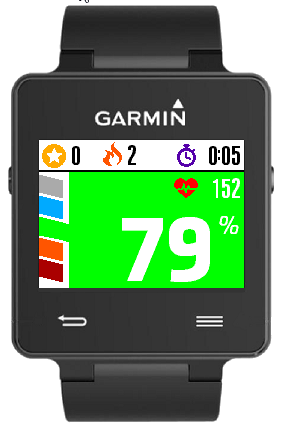 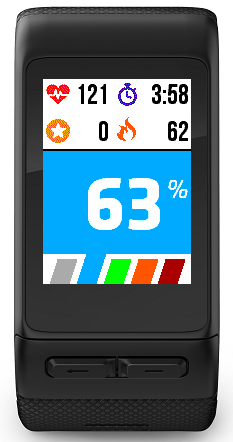 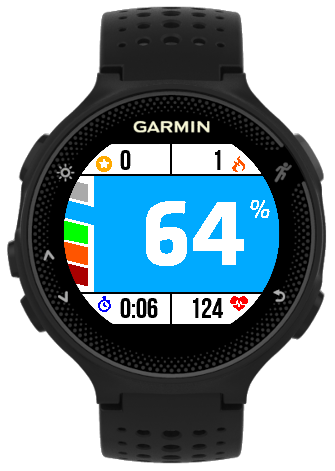 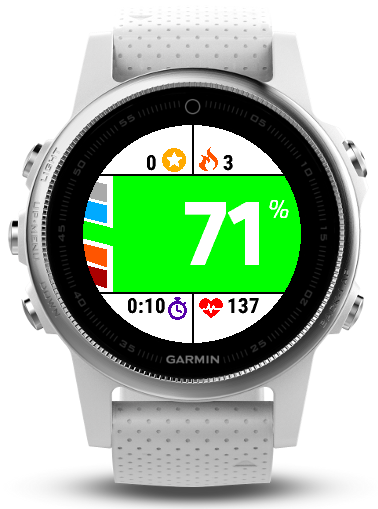 Never adjust as I am working out.

Lovin this app so far to use with my garmin vivo 4s! It was completely in sync with my OTF monitor during my workout. Thank you!! I was looking for something like this for my outside workouts too.

I'm really happy with this app! I was looking for a way to track my orange theory workouts and this is great. Thanks keep up the good work.

Great job on this app. It gets pretty close to OTF tracker - I've been using both as Connect will then sync my workout to CarbManager. Really like it.

I really like this app on my vivoactive 3, it is my favourite! Please update to work on Venu

Just what I needed to track intense hiit workouts. I found the calories burned extra low, when compared to a galaxy active 2 watch. Better low than high. Hr is accurate as far as I can see when listening to my own heart beat and counting.

I would love this app if it didn’t grossly overestimate your HR and calories burned. As soon as I switch to another activity to track the same workout, HR seems more normal. Other than that, can’t seem to find another app so I’m just using the cardio activity and that gives me a better reading. I had high hopes!

The interface and tracking is decent but the calories burned tracking is WAYYY too high. I’ve used Apple Watch and Whoop strap with the same workouts and they’re both similar in calories burned but this one is usually twice as much which makes me thing it’s tracking calories based on time spent doing an activity instead of actual effort output.

Doesn’t work with Vivoactive 4. Crashes. The one time I got it to function it was a good tracker.

I have a Garmin Fenix 3 and this app really works well with my Insanity workouts.

Does not Work with Vivoactive 4☹️

I really like this app. I have a Garmin 235 and have used it along with the OTF device for my workouts and there might be one or two splat points off but otherwise pretty accurate. I also use it when I am just on my treadmill at home to track calories and HR. My only issue with it, and this might be just the HR on the Garmin that it works with, is that sometimes it seems to be all over the place. I will take the watch off and make sure the heart rate is clean from sweat and things like that and then it works a little better. Yesterday, for example, I was in the grey zone for at least 20 minutes (even though I was sweating like crazy) and then took the watch off, cleaned it a bit, and then it spiked up to like 100. Kind of wierd. Overall though, I am OK with that, it does the job and i think its way better to be able to wear my Garmin to work out than the clunky OTF device that you have to buy.

I have a Garmin Vivoactive 4S and this app refuses to work on it. I will uninstall it.

Doesn't work I have a vivoactive 4s...

Listed as compatible but does not work on vivoactive 4S

The app is great! I really like it on my Fenix 3HR. The only improvement I would make is to have a third option for max HR of a custom value. I've used both the "old formula" and "new formula" which are based on your age, however, I actually know that my max heart rate based on a VO2 max test is higher than those predicted values, and therefore I'd like to type in a custom value. That would be awesome!

The app was ok on the Vivoactive 3. Really annoying it now doesn't work on my vivoactive 4s!

Very happy with this app overall on my Vivoactive 3 Music. Only issue has been that one or twice I have ended the session unintentionally I assume via the touchscreen.

I'd love to be able to use this on my vivo active 4s!