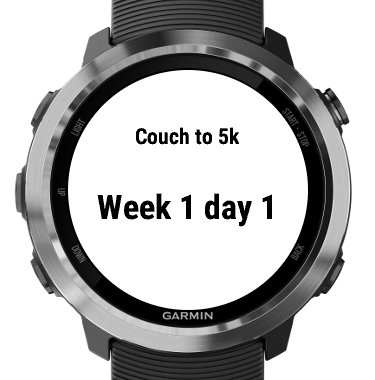 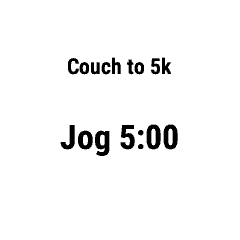 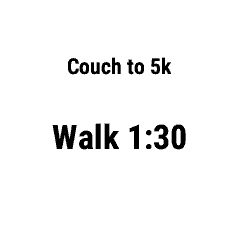 Very cool, followed another reviewer's guidance for setting up the data field, had my first run yesterday and very excited to keep training, much easier than the phone based app i was trying to use previously.

What attracted me to this app (apart from being FREE :) ) is that it pegged for the epix AND the timings perfectly align with the MP3 exercise narration files available (also for FREE) from the UK NHS Couch to 5k website. Perfect I thought, wrist aligned with ears. Unfortunately, using the app on my epix, which is listed as compatible, causes it to crash with an "IQ!" symbol so I can't tell if it works for me. I'm now on week 2 of the programme and have contacted the developer offering to send debug files, but have so far heard nothing back. I'm certainly not criticising the efforts of developers who make this stuff for free (I make similar volunteer efforts in other walks of life) and who try to keep the amazing epix device supported (shame on you there, Garmin!), it's just a pity that this app can't reach all the potential runners, especially aligning so well with the audio files (which is what's driving my training now, using the epix to just record a normal 'run'). I'll attempt to update the review if the situation changes. Huey.

Sorry to hear you are having difficulties with this app on your devce. While I am able to test on various devices in a simulator, I am not able to test on every real device. I use a Forerunner 645 Music and have tested on this as thoroughly as I can. I have also run the app in simulation mode for the epix and it appears to work fine. Unfortunately, issues with specific devices are out of my control as this is dependant on the Garmin tools for creating builds for each device type. Garmin do release new SDK versions from time to time and I have just released a new version 1.0.4 of my app built using the latest Garmin SDK which claims to fix various bugs. I hope this latest build fixes the issue for you.

Great addition to my watch; thank you!

Help please - same problem as @Erjon from May 2020 (I have a 4s): Vivoactive 4. The field just reads “Couch to 5k” without timer or any other indication that is working. The vibration though works properly according to the workout. Any idea what is wrong?

Great idea. Works ok, but a few little tweeks could make super. On transitions the timer starts and gives a small transitory cue to jog, or walk. Rather than just a short cue of run, i would alternate the phase run/walk with the timer constantly, say 10 sec timer and 2 sec cue. Reasoning....in the pain of the gain, and due to the fact that laps can come in at same time as transitions and the fact one may "miss" transition buzzes, one can miss transitions. If possible make datafield bigger, would be ideal to use whole screen largest fonts. Some of us have difficulty due to small font sizes and especially in dim light. What is cue to move on from week to week? Would be good if the user could stall moving on a week (or set week). This gives the user the opportunity to do a week for longer if they want. These are just usability improvement suggestions. I will still continue to use and enjoy app. It beats taking a phone with you. Thanks, Owain

Hi Owain, thanks for the suggestions. I will try to incorporate these into a future version when I get time. With regards to the auto advance to the next workout; the watch will advance when you reach the 5 minute cool down period. However, you can set any day/week for your next workout via the settings on your phone. Under Garmin Devices, select your watch, then Activities, Apps & More. Select Data Fields, Couch to 5k running app, then SETTINGS. You can set the week number and day number for your next workout. Hope this helps. Glenn

Works great on my vivoactive 4s. I have done a C25k in the past so knew generally what to expect. Using it to rehab a broken ankle and coach my husband through the C25k for the first time. It works as described. I took one star off as the first few weeks the last walk interval goes directly into the 5 min walk cool down. Really it still works, but sometimes we cut the last 5 min walk shorter and other times we just walked longer.

Took a while to work out how to get it onto my watch but when I did it works great. Started at week four as I have a (minimal) base fitness. The prompts are great for motivation. To see it on your watch, once downloaded on your phone and synced. On your watch go to run, settings, data screens, select a screen (any), then select layout, mine has 4 options. Next select edit data screens, you can then click on one of the 4 options and change it to couch to 5k. After running the first run I went back Into the app and it’s automatically moved forward by 1 run for next time.

Your an hero i put this exercise myself on the activities with the same training for 5k.. then i found up you made this app, going to try it out so far seems great! thanks for sharing

Easy to setup and use. Love it so far.

Took me a while to figure out how to get in on my watch in the data field, but when I did it worked well for the first run. What I can’t figure out is where to view anything on my app? When I go to use my watch again it is still stuck on week 1 Day 1.

Did my first run with this app, starting at week 5 day 2 as I was using my phone before buying my Vivoactive 4. Using 3 data faces didn't show me any times related to c25k, just showed the text that said "Couch to 5k", not sure if having just 1 data face will change this. The 1 minute vibrations do motivate you, but I personally don't find them necessary. Not sure if I can sync the data with the C25K app on my phone to keep track. I will come back to update my review after a few weeks. For now, so far so good.

am using 735XT, struggled and felt frustrated for 4 days to find out the app on watch, in phone it shows installed. It's data field. Please see posts below by Jung Kim, Annie, Anabel..... Thanks to them for giving instructions how to find it on the watch (device). Thanks a ton to developer for giving this app.

Just completed week 5 run 3 this morning. This data field has worked perfectly the entire time. No problems. Would recommend.

Was loving the app up until week 5 run 2 when it didn’t run the session. I have done nothing different with the watch or the app for it not to work and now I have set the app to start the next run as week 5 run 3 and when I go into the run function on the watch it is not running the session. Anyone know how to fix this before my next run?

Uninstalled it. Have tried, but simply have no idea how this is supposed to work. I’m very tech savvy but I simply don’t get this...

I'm new to the C25K thing and the simple walk-run-walk-run with vibrating prompts along the way is all I need. Now I realise there's a 5 minute walking warm up at the start and cool down at the end of week 1 instead of a run I put myself through before I read the instructions, I'll skip ahead, change the settings and tackle week 4. Built myself a data screen with the C25K data field to glance at when needed. Many thanks 'developer guy' :-)

The idea is great and the implementation would be great too if only it did not have two major flaws. 1 - It is not synchronised with the official mobile app. As the majority of Couch to 5K users will know, It is the reassuring voice of Laura and her clear instructions that make this whole process possible. This app does not take into account the slight gaps between the end of a run and the start of a walk or the end of a walk and the start of a run so it quickly gets out of step. By the end of the last run is about 15 seconds fast which makes the really useful countdown feature a lot less useful. It gives a false sense of progress with is really disheartening. 2- At the end of run three on Week two (and may be others) it added an extra two minutes walk before the final warm down walk. This means that when the mobile app had finished, this app still had about 90 seconds to go! - Where did that two minutes come from? It does not instil much confidence. This is a real shame. The app is a really good idea, but the first issue makes it far less useful than it could be. As a software developer I know this is easy to fix, I just hope the developer takes it on board. I gave it Okay rather than Bad because it has a lot potential and could easily be great.

@Francesca I had the same problem but I found out how it works. I have the VivoActive 3 Music and you just need to install C25K through the app on your phone and then go to the activities on your watch, then press :Run". Afterwards scroll down to "Settings" -> "Data Screens". Scroll down again and enable the 3rd Screen "Screen 3" -> "Edit Data Fields" -> then you can choose "Couch to 5k" as a new data field :) You're welcome

How do I get this app to show on my watch? I have the Vivoactive 3. It shows as installed when I look under Data Fields on my phone but I've not been able to find it on my watch.

Can't get it on my s60 approach

Vivoactive 4. The field just reads couch to 5 k without timer or any other indication that is working. The vibration though works properly according to the workout. Any idea what is wrong?