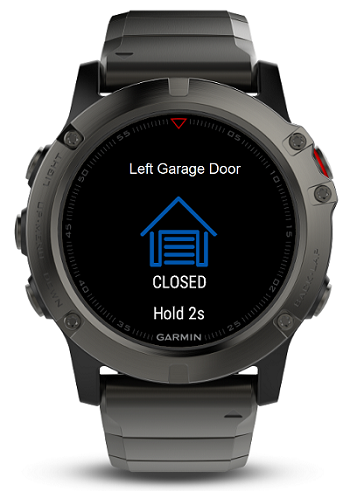 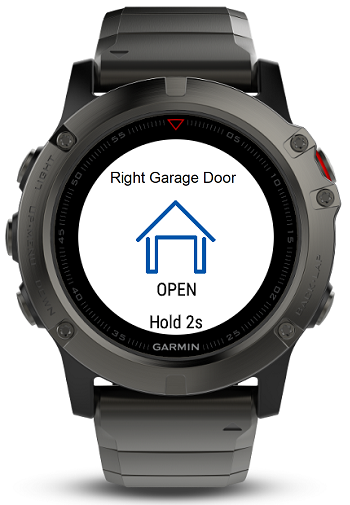 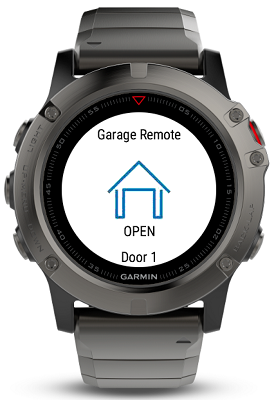 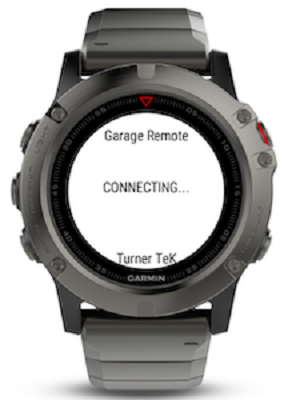 Works great with my edge explore! Just need to tap the button at the bottom with the three bars on it to make it work. I used it for the trial month then paid. Well worth the cost! It will say expired after an update at the end of the trial month.

Great little widget. Once setup and wrinkles with the various apps involved are worked out it’s great. When MyQ made changes in an update and it stopped working developer was responsive and got it back running again in a couple of days.

Loved it until it quit working.. I now get an Unknown error on my Garmin Fenix 5 watch. I have installed and still no go.. I emailed the developer and never got a response..

Hi Michael, Sorry for the inconvenience. There were some recent changes with the MyQ service which took a few days to reflect in the MyQ Garage Door Garmin application. The service should now be restored. Please let me know if you have any further issues.

Works great with my edge explore! Just need to tap the button at the bottom with the three bars on it to make it work. Will definitely pay at the end of the one month trial.

Worked for a couple of years and it was good. I had to relink it with the app every now and then but that wasn't a big deal for me. Now when I try to use the widget on my watch I'm getting a notification that my licence has expired. The website states you only need to pay once so I'm confused. Sent them a message but no reply yet.

Still getting bad password error. Contacted developer and no reply. Password is good as got it a few weeks back as had to factory reset my Approach 60. Not sure if it was an update from Garmin that caused this error. Really disappointed with response or lack of it.

Hi William, Most times when this happens, its because of a special character you have in your password thats been entered in a weird encoding. I havent been able to reproduce it on my device yet so currently the only way to resolve this issue is change your password so there are no special characters included.

Works perfectly with Venu 2. My only comment is that it is not obvious how to invoke. You have to press A for 2 seconds, release, then press B to get back to the app.

I'm updating my original review. After demo period expired I decided to purchase the widget. After payment was made I did not get a code to reactivate widget. I emailed Turner Tek, they responded very quickly with the code that I was missing. The widget is now working correctly. Thank you for the info and the quick respones.

I really liked it but it just stopped working. Very convenient when heading out for a ride or a walk. I updated the software and it is still showing "connection error". Entered credentials are correct. Anyone else having the same problems?

Doesn’t appear to work if you have more than one garage door on your chamberlain account, I just get an error

Hi Mathowie, sorry to hear your having trouble. I have two garages on my account and it works fine? Please contact me to troubleshoot whats happening with your case? [email protected]

Stopped working several months ago after an Update on my Edge Explore. Disappointing because it was pretty cool while functional for 3-4 months. Glad I have another way to access my garage.

Works every time. Love opening my garage from my Fenix Watch or Edge 530 after a bike trip.

Do you have to pay the one time fee for it to work?

This is awesome! This is probably my most used app on my Garmin. To top it off the customer service is on point. I was having a problem (not Turner-Tek's fault) and I contacted them. It was a holiday and they still cared enough to get right back to me and stayed in touch until it was fixed! Great app, great company..

Worked great until 2 days ago. Shows connection error every time I try to use it. Tried uninstalling and still the same.

Works as advertised, except I had to disable my hot key on my fenix 3. It could be my specific action which was to try and connect to WiFi and sync. As I think that made the watch loose connection with the phone.

Absolutely love this widget, and use it daily. Has always worked for me from day 1 flawlessly. After the last Garmin update, it would only show my main garage, but not my third car. I sent the developer an email and the issue was fixed within an hour. A++++

Doesn’t work since the last update ...

Hi Yan, Could you please try the application again and let me know if your still encountering this issue?

Works exactly as described in the description. After working through many different apps, and rube goldberg methods of trying to control a garage door, it was refreshing to see something that worked right away. That alone is worth the 5 stars. Works great on my Fenix series watches. With touch screen based watches like the VivoActive4 or First Avenger, that also have an enter button there is a small annoyance. When you press and hold the "enter" button for 2 seconds on these watches, they will open the Controls Menu, which will still activate the open/close the garage door when it the app is open, but the watch also changes to the Control Menu. Not a show stopper, but it is annoying to have to press the back button to go back the MyQ Remote Garage App after each time you either open or close the garage door. If there was a way to activate the open/close from touch screen this would be a perfect.

Thank you for this app. Works great and so much faster than any app I have seen