All features described here are available FOR FREE • Payment is ONLY required to enable advanced features in "dynamicWatch Premium" paragraph below</p><p>#1 maps and routes app for Garmin Venu, Vivoactive, Fenix or Forerunner GPS watch, and Garmin's "Best Wearable Smart App" award winner!</p><p>• Create a route on your phone or laptop, send it wirelessly to your watch - then leave your phone behind as dwMap runs without a data connection!</p>

• dwMap is free: enter link code at https://ciq.app/link Detailed help at https://ciq.app/help</p><p>• If Connect shows dwMap as Uninstalled after auto-update, try powering watch off and back on.</p><p>• V3.5.0071 adds support for the new Venu 2 Plus watch</p><p>• Email [email protected] for other support questions. We reply quickly, and it is a far better method of contact than putting a question in a review here and hoping that we see it. 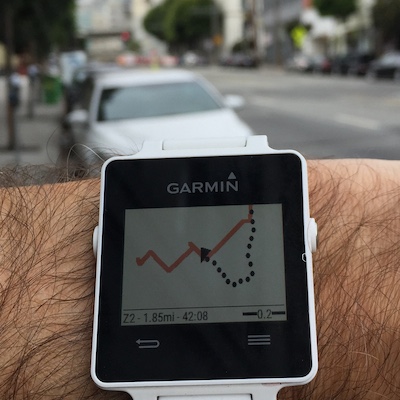 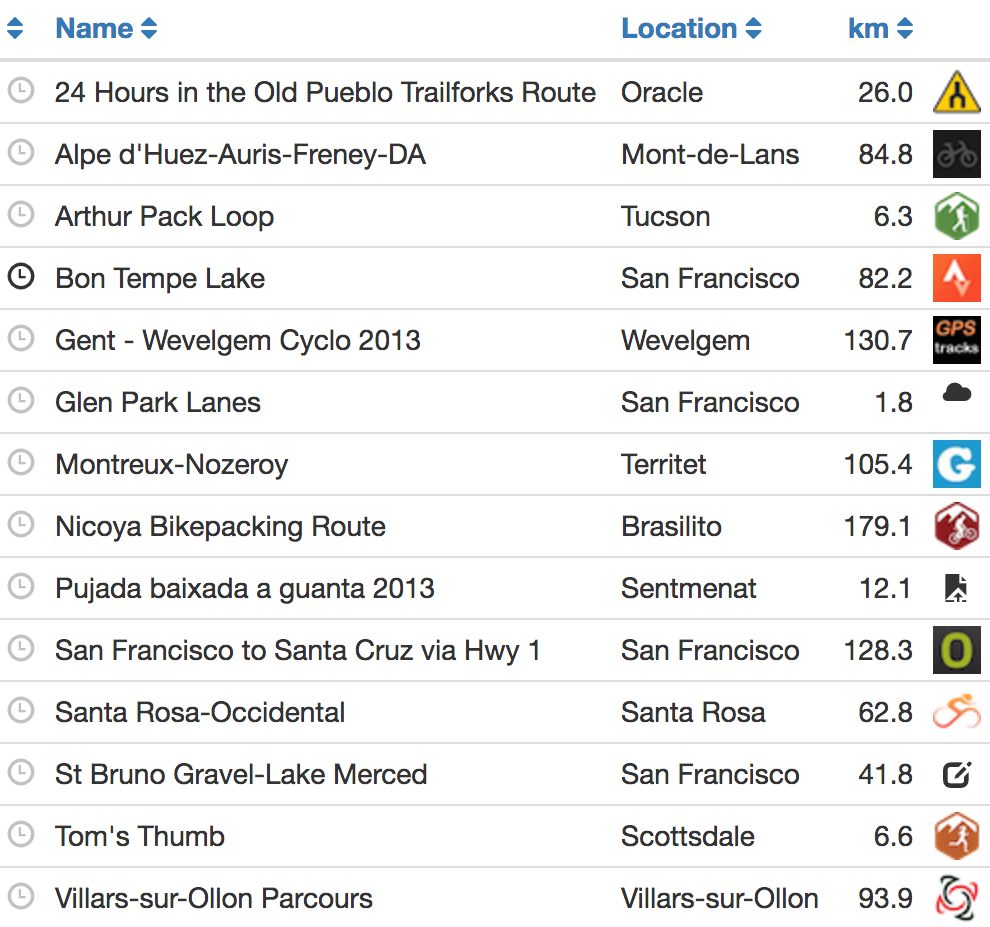 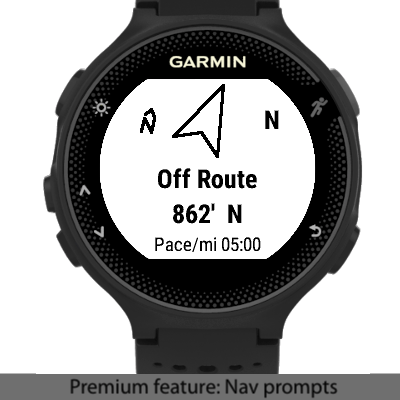 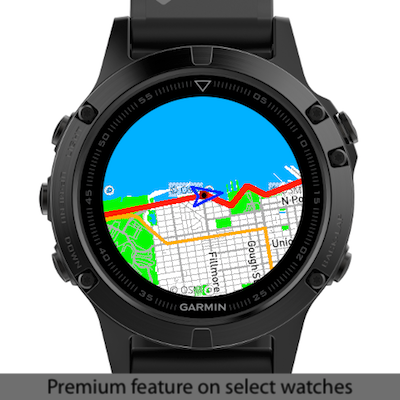 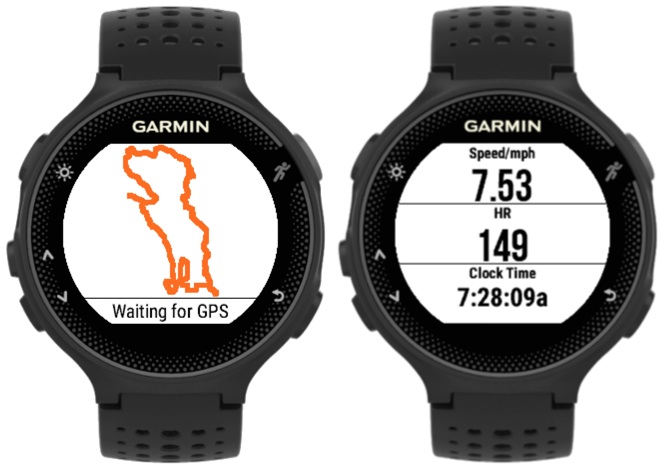 Fantastic app, (use mainly for hiking) easy to plot routes on the dedicated website and lots of choice when it comes to overlays including OS maps! Paid for the premium version and can now have a 3d flythrough of the route with gpx imoprt/export and turn by turn nav. Aftercare support has also been great only knocked 1 star from review as the peaks of mountains are not (yet) marked on the watch map overlay so it is a litter cumbersome having to get my phone out and check I'm in the right spot.

Great app and easy to use. Excellent service. Contact when having an issue, it gets quickly resolved. And likely the root cause is not this app……

Great App! Adds missing function and extends the usefulness of my vivoactive 3.

The app is great, one thing i miss is arrows to move sight on map ,for example to see on map what is in front of me before i get there. I could see what is around me only when i zoom out full but than is hard to recognize

I've been using the app now for a while on my Vivioactive 4, this is exactly what I've been looking for: - overview of the lap while zooming out - still have all the parameters available on a simple click - configurable data-fields - activities nicely added in my Garmin dashboard - GPX import - ... I did have 2 questions. As suggested on the app-page, I sent a mail. I had to wait for just a couple of hours, probably due to the different time-zone. So I consider the response as being prompt and adequate. Good job!

The app works addecuately and its developer, Marcus, is very attentive. I'm paying the premium version in order to get maps in my FR245. I would appreciate having the choice of using offline background maps. I'm sure it would be very usefull in remote areas. Maps could be offline in the phone (like we have in OsmAnd or any other) and then send it to the watch by Bluetooth. Here's my suggestion :). Great app, anyway.

I just love this app! I use it for all my running activities and was so impressed that I have since upgraded to the premium version. The quick and knowledgeable assistance received from Marcus in response to all my questions was awesome. I highly recommend this app !

awesome app. it makes following a breadcrumb trail even with an old garmin 235 possible.

Marcus was very helpful and patient with all my questions. Thanks!

I use dwmap for running and riding. It's terrific--especially when I am exploring a new place and want to be able to run or ride without constantly pulling out my phone to check the map, the turn-by-turn directions are super helpful.

I have a FR 745 (no street maps) but perfectly capable. This app is awesome - yes - you have to pay for premium to get the maps, but £7.50 per year is much cheaper than £100 for the 945 etc. After fiddling for a bit and realising I had to have my phone with me for the most to show, I found this to be brilliant - really good quality maps and street views. I have yet to use this out on a long run, but currently on a short one the directions were great and if I got lost I could consult the map and find street names quickly. As for the customer service, I have emailed the ‘company’ for a few issues and was surprised to find literally within a few hours a personalised response, and even more surprising I was offered a refund of my premium subscription because I may have been misled. As such I had to give 4 not 5* as this could have been put more clear on the app page. Overall - good app and does what it says

Very great app, I use it at least every week on my Hikings! Transfer of Plannings from outdoor-active or komoot is so simply with the import-Function. And all the other Features like The List of all imported Routes, the Activiation of a route, the immediately transfer of a choosen route to the watch, the 7 zoom-Levels, the background chart, the newest Data-Field Elevation Profile and many others... Big compliment to the engineer(s)!

I love it the app and the technical assistance is awesome. You can speak with the developer in first person and receive an instantaneous response. The best to solve your problems. Thanks Marcus for your attention!

Without having try properly yet, I have to say the support I received on how to install, use it in my Enduro have been outstanding! so 5 star for the quick response and support.

Been wanting a way to map my runs without my phone or a sharpie. Worked great for directions and the support team was very helpful with how to change the pace from mph to per mile. Easy to use and highly recommend.

I use the premium version all the time, totally worth it.

Excellent features across my Fenix 5, Vivoactive 3 and HR. Best mapping app I have used. Super fast and friendly support.

Very nice app that helps me to find my way !! Perfect on Garmin Forerunner 235

This is THE backcountry navigation app! Amazing flexibility provided in planning, navigation, and tracking through the app and website. I recently had an issue with some of the syncing features between dwMap and their supported 3rd party websites and services, and my experience with their support team was AWESOME! Very very happy with this app and the development team. 10/10 would definitely recommend.

I've used dynamicWatch for years now, originally with my square VivoActive and now with my Forerunner 935. It doesn't suffer from the nav point limit that the native Garmin navigation app has, which is great because I like to run trails off into the hills and prefer not getting lost along the way. The web-based router planner is really neat to use too, and the option to become a lifetime member makes the payment practically negligible.

The app is super cool considering it adds a whole new breadcrumbs navigation feature to watches who don't support it natively/are a bit outdated. The developer is also super responsive to queries. Highly recommend this app.

Hesitated between buying Vivoactive 4 and Fenix because being able to create my own (breadcrumb) routes is important to me. Based on reviews decided to buy the Vivo and this app. Really really happy with it. Have loads of experience with previous Garmin programs (Basecamp), Suunto Movescount and TomTom). This app is the best in my opinion to create your own routes because you can easily use even the smallest roads or tracks. Ability to switch between maps (Google, IGN, satellaite HiRes etc) is super. Simply create a route in the browser, synchronize on your swartphone and send the route to the Vivo. When the app is started it saves all the data like heart beat, distance, speed etc like the Garmin apps.