*** You can get the same watchface and a lot more with "Build your analog watchface" https://apps.garmin.com/it-IT/apps/198ef7f8-9c18-4be6-927c-e1debf6edbf0 ***</p><p>Configurable analog watch.</p><p>Configurable Logo, hands style, color theme, number/tag. You are able to change the settings within the Garmin Connect Mobile or Garmin Express UI. Here is how to do it: https://apps.garmin.com/settingsHelp</p> 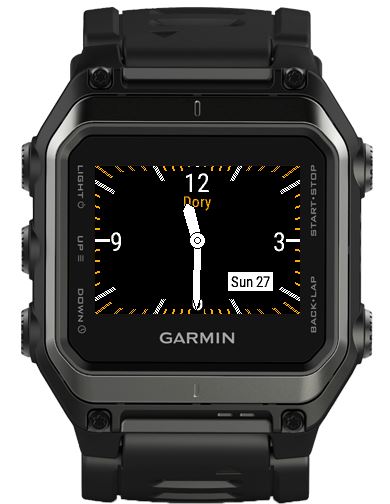 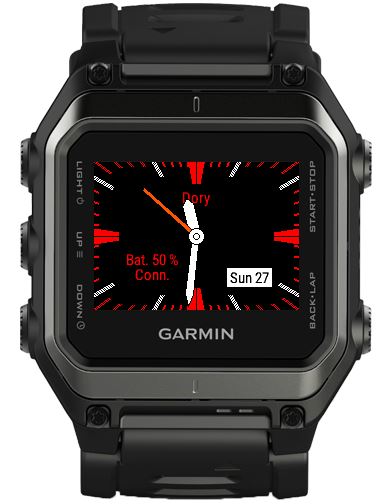 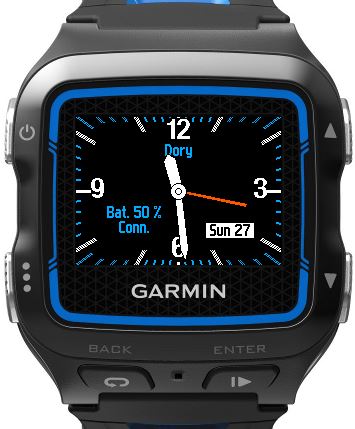 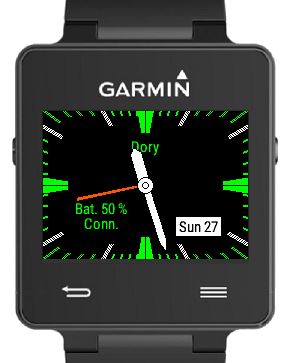 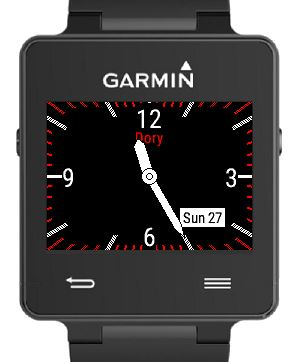 Great watch, but How do you activate height mode?

I really wanted to like this. It was my favourite analog face but, on the vivoactive at least, the step information and second hand continuously disappears until I swipe left or right and then back to refresh the watchface.

Great option of being configurable. However, since I configured, it now reverts back to original Garmin digital watch face, even after selecting it in settings/watch face.

looked great while it worked, but now it doesnt appear?? It just reverts back to the original watch face whenever i select it!! A fix for this bug would be much appreciated!

Very nice Face but to be perfect a important information to add : Notifications (Bubble with number of notifications). Could you please add it? Many thanks

I'm sure it's me, but I can't figure out how to configure the "configurable"part. No issues with watch hands.

I can't get the color to change and the hands are way to big and I can't tell minute from hour hand?

It would be nice to have a Day text next to the number and at least a sleep icon to display such status on the watch face, if you can, of course. And, please, bring the white theme back!

Very readable - but a problem with the watch hands. Very often difficult to distinguish which is which and often the hour hand is larger than the minute hand

Love the configurability. Can u add the option of having a second hand display for say 30s. ideally with a a tap, or double tap on the watch face.

Brilliant, thanks for allowing change of logo.

V5 everything is working fine. Still it would be nice to add more information. First of all notifications icon and number

For information the white colour disappeared. Thank you

Colors don't change and arms also does not change when changing on Garmin connect.

Nice looking face on my epix. It would be great to have a bit more information: weekday, messages received, sunset time

Looks great but I can't read the blue colour and although description says it can be configured, I can't see how to do it

How do I configure differently?

Nice watch face. Can you add a sleep icon to indicate such status on a future update? Thanks!

Just downloaded. How do I change the color?