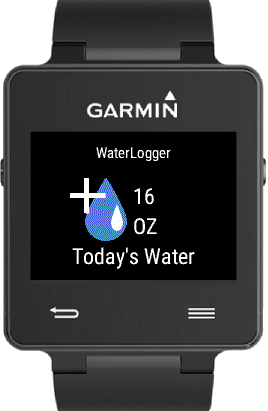 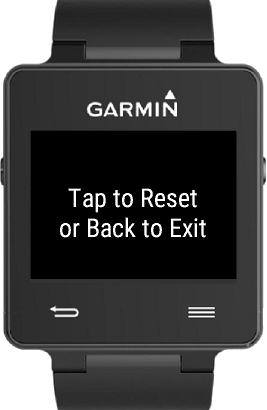 I have been using the app for a few days now. A great addition to the device. I do have one question. The log does not seem to reset to zero on a new day; meaning that this morning it still shows my total from yesterday and only adds to that total. How can I get it to reset daily? thanks

Nice widget, but I'm waiting for your announced update too

Good news - I am wrapping up on the update and will release by mid-May.

I like that I can track what I drink during the day, but along with others I agree that it would be nice if it showed up in my app on my phone so I can see how I do one day compared to another. I have an excel file on my computer tracking each day, but it would be nice to have it on my Garmin Connect app so I can see how I am doing compared to previous days. as for the oz your allowed to add...it would be nice if we could input our own numbers. Some bottles are 8 oz increments some are not..like my 23.6 oz smart water bottle. Thanks!!

I like it, very simple. But for improbements I agree to the previous comments. Lager numbers would be great, an overview over more days, a target and an option to calculate with the metric system, this would make it perfect.

I like this a lot. There are two things I'd like to suggest to the developer for consideration in future versions. 1) the numbers are REALLY SMALL and hard to read. It would be nice if they were a little larger. 2) there's no tracking multiple days to see how each day compares to others on the watch itself, and it doesn't get added to the Garmin connect dashboard (I don't know about phone apps because I don't use that at the moment. At the least I'd like to see a swipe page where it shows a week's worth of water tracking amounts for each day available on the watch itself if connecting to the Garmin dashboard isn't possible. Otherwise, really helpful. I like it and it's easy to use.

Would be really great if there will be option for setting daily limit manually or automatically set by device according to actual activity status or BMI also option for change to liters, not only oz and setting of prefered volume.

Can you set reminders

More options can surely be added, does the water intake count get uploaded/recorded to Garmin connect?

Since this appears to be the only water consumption tracker on Garmin Connect IQ, I guess it's pretty good. It would be great if the next version would allow you to put in a volume (ounces or metric) rather than just entering water in 8 oz increments. Also, it would be great if you could program in a consumption target. (e.g. 2 liters).

Thank you for your input! I am working on the next version of the app that will include the ability to set a daily goal. I am also planning to allow users to choose between metric and imperial units, but that may have to wait for a future release.