A weather widget: conditions and forecasts.

This weather widget uses the Yahoo (TM) Weather API and provides accurate forecasts in most places of the world. How to use it:</p><p></p><p>1) When you run it for the first time, it uses the GPS in order to get the user location, and will reuse the same position in the next runs in order to obtain weather informations.</p><p>2) To switch location, long press the vivoactive HR right button, so that the widget will ask again for GPS position.</p> 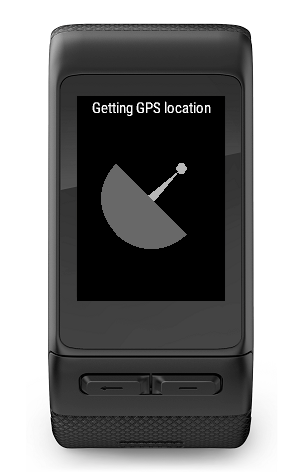 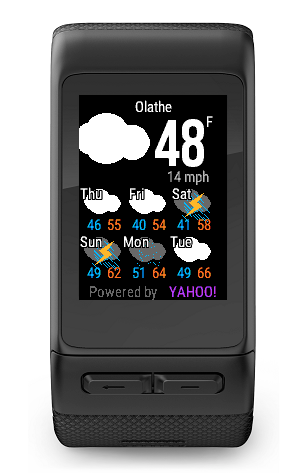 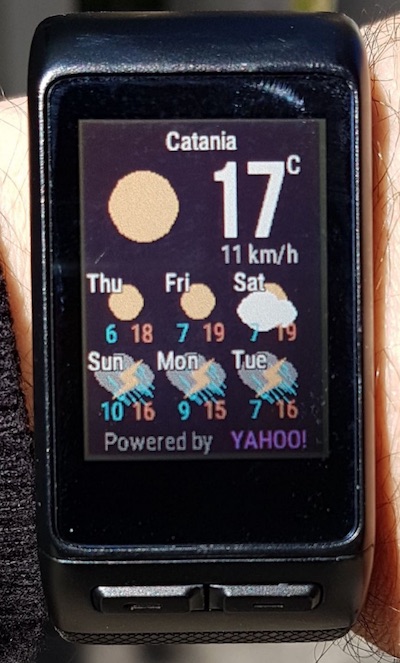 Seems the api stopped working for this widget. Doesn't work for me. Emailed developer, no response.

So far so good. Shame you can’t change the temperature to degrees celcius.

Nice app that works fine, on my Vivoactive HR. Blue color on temperature is hard to read. Would be nice if it was possible to costumise a bit.

Always around 2 degrees out Vs actual here in Melbourne, Australia. Accessing BOM data would be better. Nice app though!

Great app! So far it works better than the default Garmin version. It updates quickly. However, I wonder why it needs to read the position from the watch GPS instead of reading it directly from the phone GPS if available. That way it would update the location automatically. Great work!

Honored to be running more code by the master of nginx - was surprised as heck to find it here. Installed and working well on my VivoActive HR. The Garmin default Weather widget never worked for me but this worked within seconds. Thank you, kind sir.

I use this app almost daily. It loads the weather quickly and easily. I would like to be able to customize it more, but I appreciate the current build!

Very beautiful widget, I'd like to have white background option, i think icons should be more readable.

It's really good app and works well however when I compare temperature on the device and yahoo site there is a differ in about 1 celsius for current , upper and lower temperature. It's cofused a littel bit. The sync is going good if the app's conditions are fulfilled.

Works great on my Vivoactive HR. Is it possible to include wind direction in the next release? I like the wind speed indicator below the current temperature but the wind direction would help a lot. Thanks.

Good app, but I have problems on my Vivoactive HR where it will give the IQ! and never recover from it unless I uninstall and reinstall which is a pain. Using the current version 1.2.

Dear user, please send a feedback here so that we can chat and I can provide you instructions about sending the log file. Thanks.

Thank you, I just added how to change unit in the widget description: "The widjet just follows the watch configured unit for temperature. To change the unit in the vivosmart HR follow these steps: long press the right button, then select Settings - System - Units - Temperature. Then selects your desired temperature."