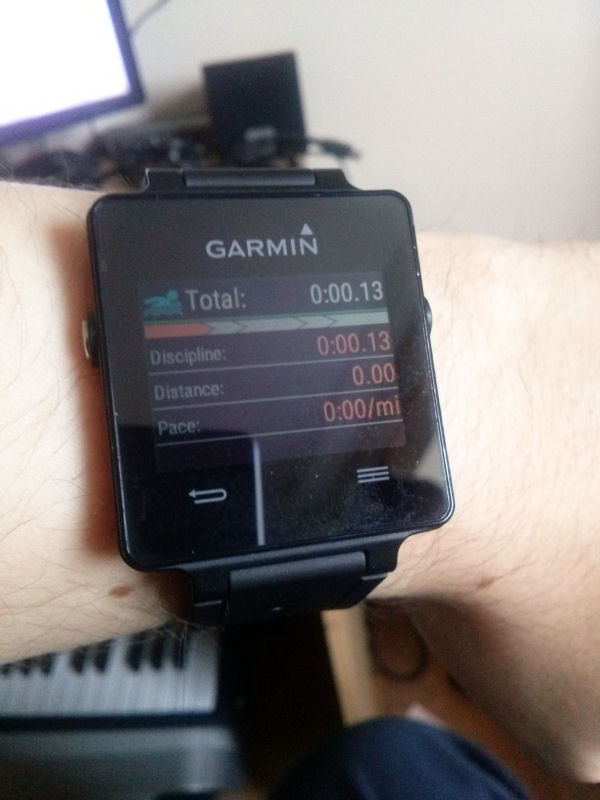 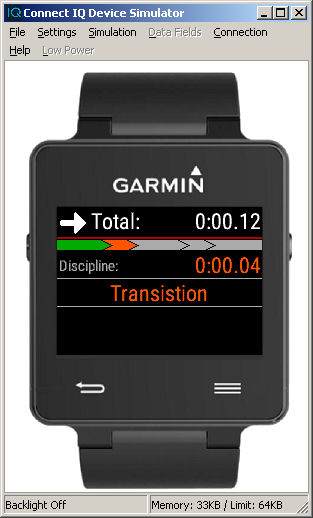 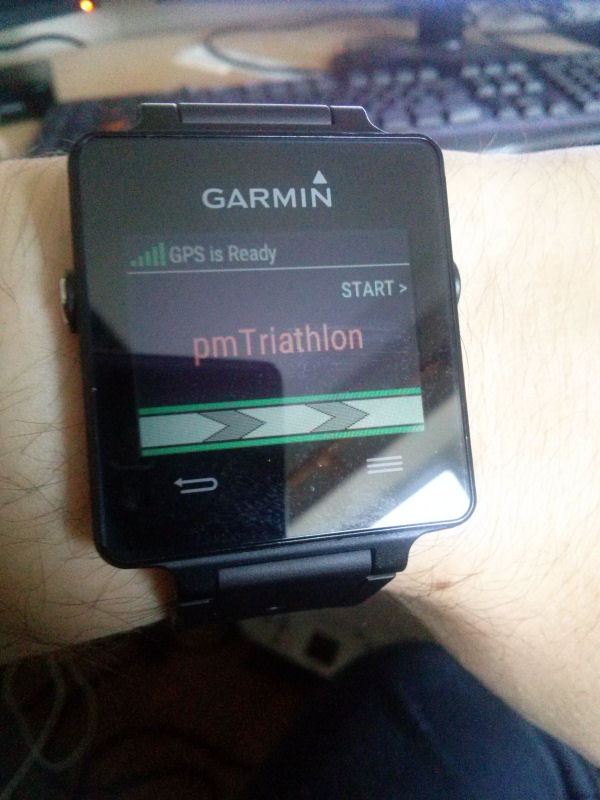 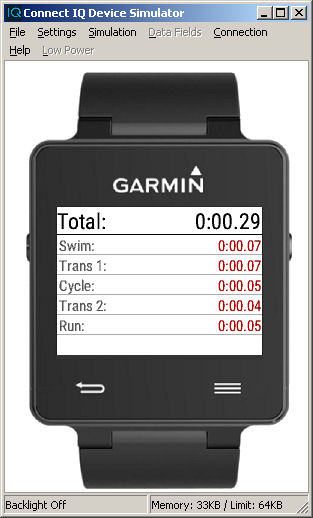 I was debating how many stars to give; I am very thankful for the author for the time he spent on this app. First of all the good: it does what it's intender to do, and offers a few extra options like reverse tri,etc... Each activity is saved in the log, so it's great! But the bad is pretty bad: it makes it pretty much unusable for the main purpose which is to monitor progress during a race. This is because the 4 fields are on 4 lines, effectively using 1/3 only of the screen on the right. The digits are too small to read during either cycling or running. On top of that the red color has terrible contrast: the total time on top In white is sometimes legible, but the other fields in red never... To make this app useful the fields need to be arranged in 2x2 with bigger fonts and high contrast white characters. And yes, it would be better to have speed in cycling instead of pace, but this Is minor compared to the previous point. Basically there is still some work before there really is a triathlon app for the VA.