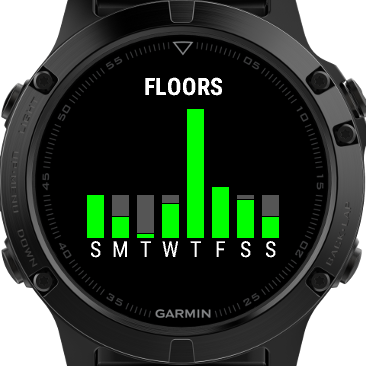 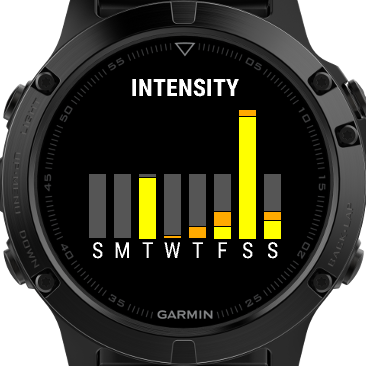 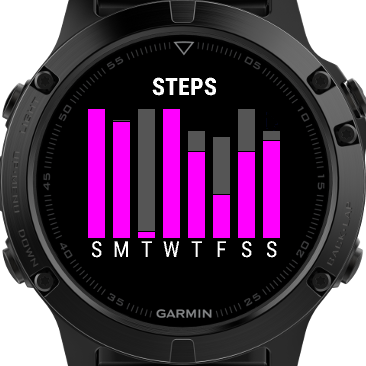 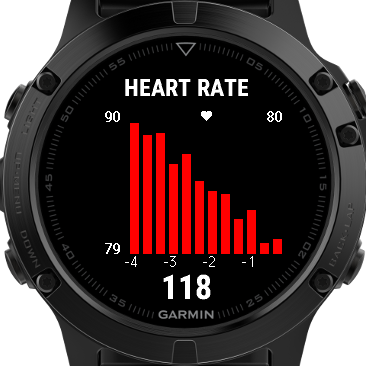 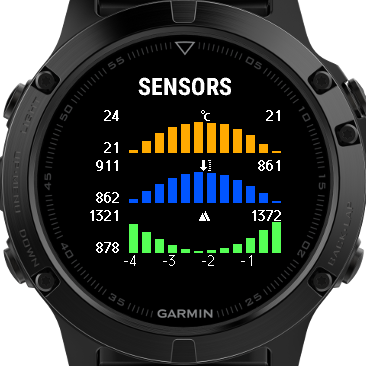 This is what I was looking for. To have one widget to access all my targets and sensors. I would like also an option to merge the targets into one screen similar to sensors, so that we have 2-3 screens max.

Does NOT work on the Vivoactive HR. You get the step graph only. If you tap you get “IQ!” as an error. If you press the start button, nothing happens

I have the same issue as a previous reviewer - it crashes on the 4th screen (on a VAHR) and just gives me an IQ icon with a "?" in the middle of it. It would be a great app otherwise. Also, I'd like the option to turn off the sensor screen. That doesn't interest me, and I always just scroll past it. Thanks

Using on f5 sapphire - works great, looks great and replaces a number of stock widgets. Is there any chance of adding a distance screen and/ or, calorie screen?

Love this widget, except it is broken on my VAHR...as others have said, only the first 3 screens show and then the 4th screen triggers an IQ! crash...will update with 5 stars if this is fixed !

Great widget, but temperature, pressure, altitude page crashes on my vahr after the december firmware update of the watch. Really hope this can be fixed.

Only shows steps on Forerunner 920xt. The other fields are there it's just not pulling data. Would be best if this worked. Even when I'm wearing a chest strap hrm, nothing.

has potential to be great widget but only the steps display is working on the F3. Floors / Intensity / Sensors / Heart Rate not working and yes, they they are available and measured on the F3. Will be 5 stars if developer can get this fixed and also give an option from menu so we can decide which screens to show.

Fenix 5X, firmware 3.3. Good widget. But can we get choice to choose US version (feet instead of meters, etc.)? Or can you do a feet version? Thank you!

Doesn't fully work on the fenix 3hr, only steps and heart rate.

Works ok as long as you tap the screen. If I swipe left or right, I sometimes get an IQ! Error. Visually it looks great on my Vivoactive HR.

sure the fenix3/hr has floor, intensity, sensor!? why didn't work?! bad... app looks nice. but only steps works on f3hr

the module SensorHistory is available since the version 2.1.0 for the watches: 735xt, Fenix chronos, Vivoactive HR, Fenix5 and soon 935. If the fenix 3/Hr has floor, intensity and sensor as temperature, pressure and altitude, it doesn't have the method to get the history as we can now do with the new device. I don't know why, but the only solutions is to wait an update from garmin, to store the data or to use a web query in or to obtain the information from your garmin account. I've got the same issue with my previous watch.