IMPORTANT: Please edit settings on iOS or Android, not PC/Mac.</p><p></p><p>This single data field is all you need to plan and train, pace rides and races, and review the results and performance gains. </p><p></p><p>World's first combined real-time graphical display covering durations from 1 second up to 3 hours of</p><p>- 1st, 2nd and 3rd best Mean Max Power (MMP) - colored depending on how recent that personal record is</p>

V1.3.1:</p><p>- Bug fix for 1000/1030/+.</p><p>V1.3:</p><p>- Simplified operation using touchscreen: Tap graph to zoom-in. Tap bottom to change to table. On 1000/1030, tap left to change axis.</p><p>- Improved handling of app settings, removed server backup, simplified table view. </p><p>- Bug fixes.</p><p>Note: If the app settings show a version number lower than 4.0 as settings version, you should copy the current MMP values and dates on iOS or Android, delete app, re-install app and copy MMP values. Sorry, past data will not carry over automatically when updating to 1.3 - I recommend copying regularly to somewhere else to prevent data loss.</p> 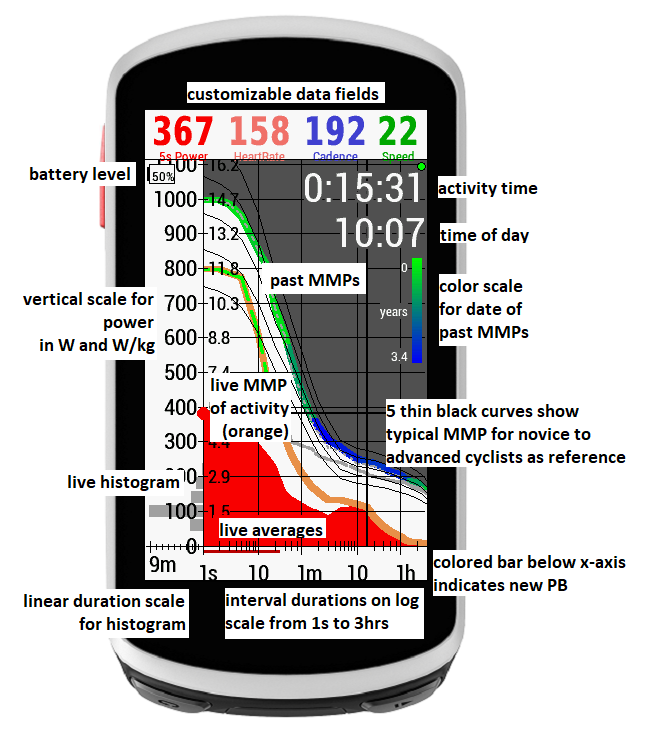 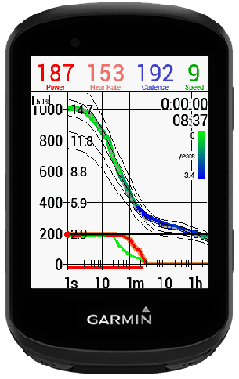 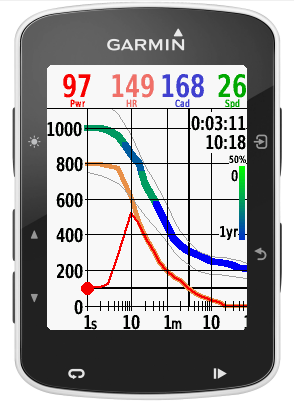 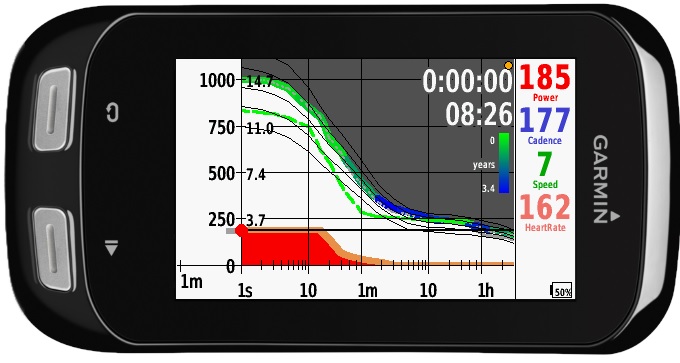 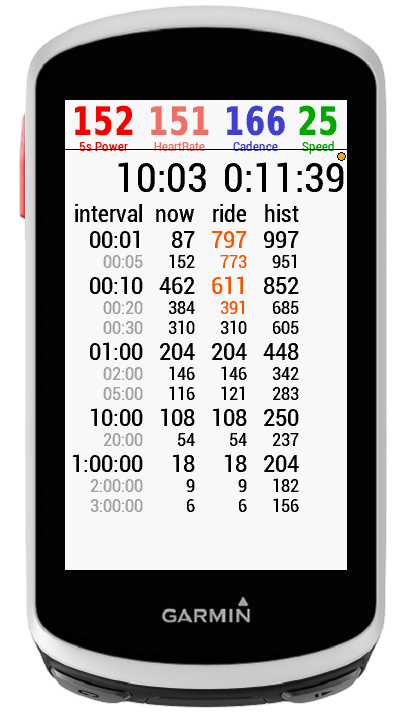