Carbon Black edition has the same features as the original Carbon watch face, but with a pure black background. Visually it’s not carbon anymore, but technically it has all the same goodness. This is after receiving some feedback from people who prefer the pure black look.</p><p></p><p>Enjoy!</p><p></p><p>--------------- Version Updates ------------</p><p>1.1 - Now supports bluetooth image display if phone connected. May need latest firmware.</p> 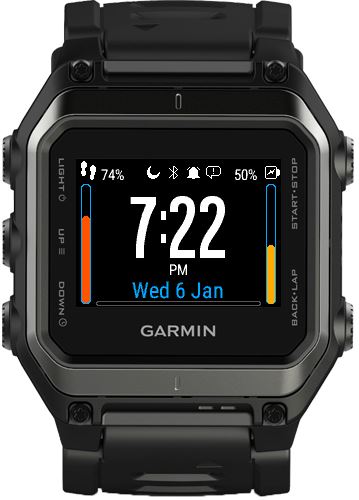 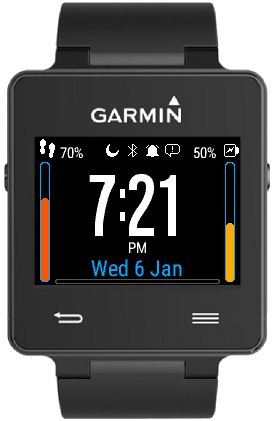 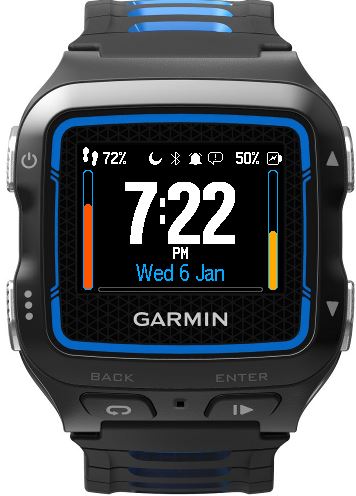 Best watch face for the Garmin Vivoactive. Clearest and most vibrant to read.

Looks very well in my vivoactive, but don't have notifications icon. Work in it and I give you 5 stars

Could you please make the same without the step counting?

Love the design, but I also have the issue where it loses a minute. Please fix! Also, AM/PM could be removed for a cleaner look. Thanks!

It's a nice clean display. Personally, I think you could removed the AMPM. That would clean up the face nicely. Again, just my thoughts.

Works very good on my Vivoactive. Gives al the information I'd need without being annoying. Good redable. No battery drain or other problems.

Almost perfect, does not drain battery

I like the clean look of the watch face. It shows "AM" for 12 noon; this needs to be fixed. I would prefer to see the number of steps displaced instead of percentage. The bar gives a good visual percentage.

I like the watch but when I switch to it the time loses a minute! If I change back to another watch face the time is accurate again. I think you may have a rounding issue.

I love it. Everything in one watch face - time, date, steps, and battery monitor. Easy to read.

Luv it simple and easy to read.

Great looking watch face but causes reboot on vivoactive, hope the bugs are worked out.