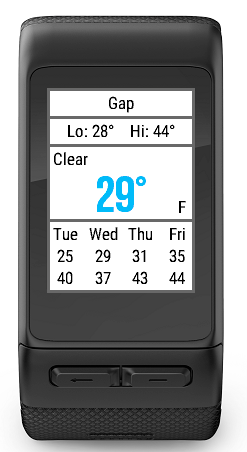 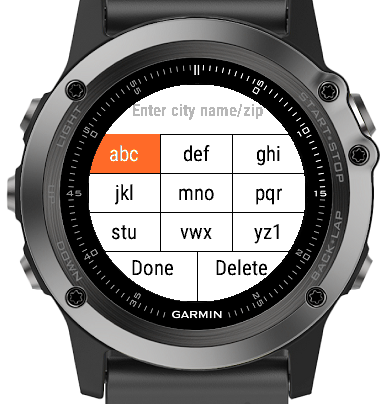 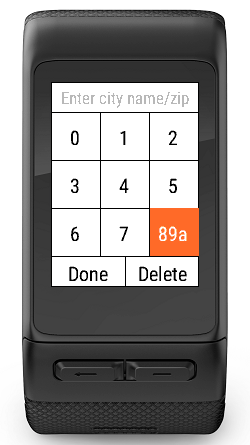 No longer works. Do not install.

Installed on a Vivoactive HR and it does not work.

Installed this widget and 2 days later it still says 'Waiting for updates'..if the developer figures out the glitch, might be worth using. Until then it's uninstalled.

I tried different ways to configure the setting (zip code only, city name only, zip/city name combo), but nothing worked. I get the prolonged message, “Waiting for weather updates.” I have uninstalled this app.

The current weather is always "waiting for weather updates".

Apparently it's been abandoned. My 2 cities are stuck on old Wx info stating it's clear and sunny when in reality it's raining and cold. Removed from device.

It doesn't work anymore after the last update. It used to be one of my favorite widgets.

Seemed like a great app from the picture. Could not get it to work. Tried multiple different zip codes. Nothing worked. Changed both city codes to the same and waited a few hours. No weather loaded.

Had to change this sadly from 5 stars to 1 because the app suddenly stopped working for know reason. It used to work flawlessly and I loved being able to get a forecast for two properties that are in separate areas but it has some kind of glitch now. It froze up one day and wouldn't update the weather so I reinstalled it and now it just says "waiting for weather updates" but it never updates. Really sucks because this app was fantastic.