ConnectIQ Widget version: https://apps.garmin.com/en-US/apps/fac50ef3-77b2-466c-9f4f-4dcb2feb49a3</p><p></p><p>Imagine you are on the go and want to upload a course to your Garmin device to follow the track. As of now, this involves uploading the gpx file to the Garmin web site, somehow create a course from it and then select "Export to device" in the mobile app.</p><p></p><p>Here comes gimporter. Simply download your FIT and GPX files with "gimporter" from the "Download" folder of your Android device. GPX will be automatically converted to a FIT course.</p> 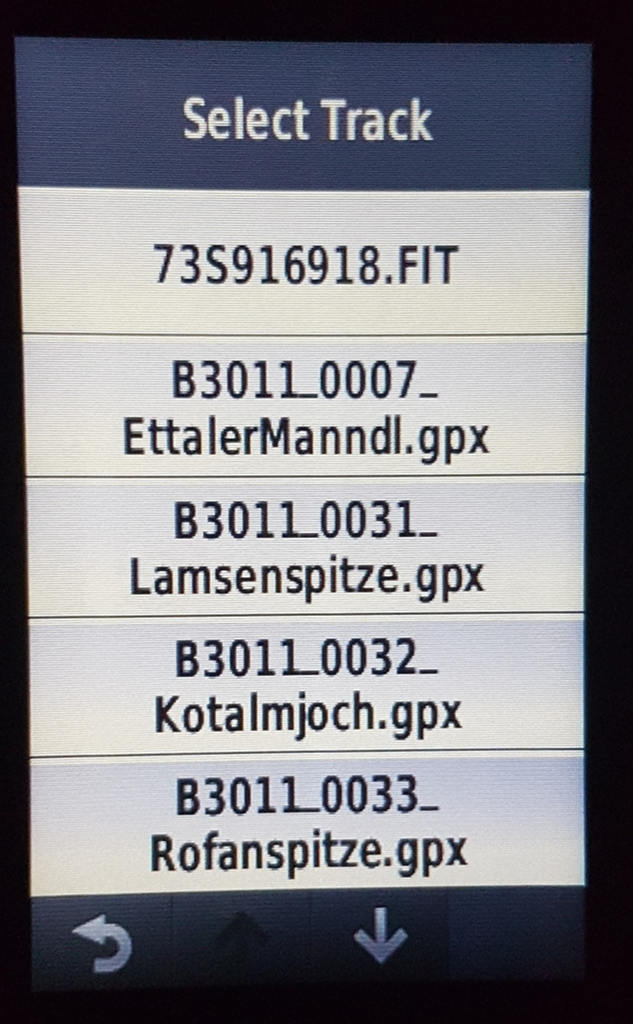 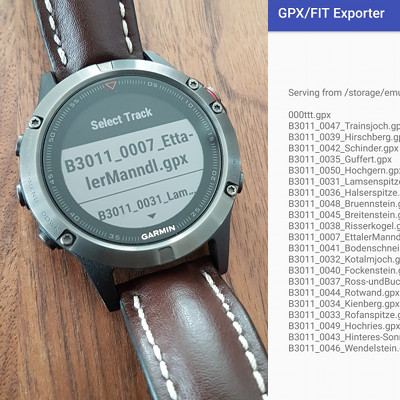 Can connect and see the tracks, but says download failed.

Super simple without a million of useless features. Does perfecly exactly what is supposed to do.

Connection fails. Installed de app many times. Bluetooth of and on. Maybe it won't match with a Pixel 4 XL. Too ambitieus all the different hatd- ans down en functioneel

Love the idea, unfortunately does not work for me. FR945 & OnePlus 6t.

Big thanks to the developer. Invaluable tool to sync my ViewRanger created routes on my phone to my fenix 5x

After Update zu Version 6.3 gimporter does mit work anymore in my Edge Explore.

Hello, worked fine until now. version 6.3 is not working with my edge 530 neither my forerunner 935.

I have the same issue, phone P20 and oregon 700 and oregon shows me connection failed :-( what can I do?

it was a grate app. Unfortunatel, since few weeks, the app is is not working anymore. (Android / Garmin GPSmap 66i) connection ok, tracks are seen but download failes

Not the fault of this app. It hasn't changed. Either a firmware update of your device or the Garmin connect App changed its behavior. As usual Garmin introduced a regression bug with its updates.

Works great on GPSMAP 66S, thank you very much.

It works fine, it would be very nice other app to pass gpx from the gps to movil as easy than this.

It allows to share gpx files from the smartphone to the GPS, and it does it well! I create a track on komoot, create the gpx with komoot to gpx app, and then share it to my edge 520plus with gimporter

It worked on the 1st of February, its not working today 7th of February. The watch just says downloading. Forerunner 245Music On the phone: Garmin connect (4.27)is running. Phone is connected via Bluetooth to watch. Wifi is off on the watch. Gexporter (v6.3) shows .gpx files and a couple of .fit files On the watch: gimporter shows the same files. I select the .gpx file DOWNLOADING nothing happens. please help

Clearly the most useful app on this watch. But broken since December on fr945. I saw a firmware update created an issue: but is this something you can fix ?

Great app, super convenient but broken for 1 week now :( It displays tracks, but download of tracks is stuck. Please fix!

This is a cool app. Some of the less favorable reviews are due to changes Garmin made in the IQ part. If you have an issue with this app, try contacting the developer instead of posting a poor review.