Feel free to buy me a coffee :) - paypal.me/hemiarun</p><p></p><p>A simple breathing exercise to help you stay calm. Every cycle gives you guided breathing sessions to help relieve stress. With settings to control the breathe timing/hold timing.</p><p></p><p>A much needed app for this hectic stressful lifestyle !!!!!!!

* Added support for newer devices like FR935.</p><p>* Added a small vibe at the end of each cycle to breathe without having to look at the watch for cycle changes.</p><p>* Added new settings to control the duration of the exhale/inhale/hold time.</p><p></p><p>To configure, open the devices list in your Garmin Connect Mobile App, then select your connected device & then select apps-Applications-Breathe-settings in your Garmin connect mobile app and Configure the Breathe duration & Hold duration. 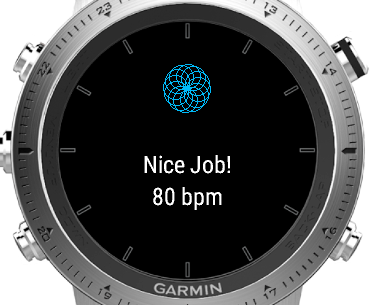 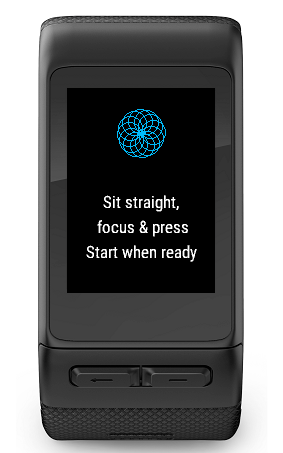 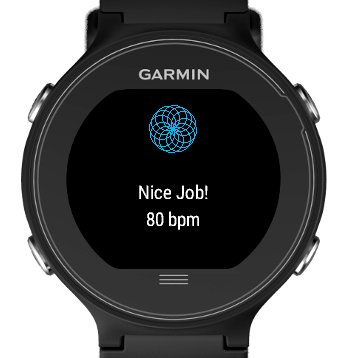 After installation of this app my Fenix 3 HR got stuck in a continuous reboot loop.

Nice and simple, worked fine until it crashes during first use.

Did as expected..I appreciate it!

Great app! However, is it possible to save as a breath work activity?

Bro can we not save this activity as coherence (deepbreath workout) ?

Crashes after 4 or 5 inhales/exhales, with HR turned on. Have tried reinstalling and also factory resetting my watch but it still crashes :(

Crashes after few breaths, even with HR strap (on a Fenix 3)

Crashes when used without HR, it would be nice to be able to use it without any HR monitor also. Good example is also to have 2 and 5 min relax sessions as it is in FitBit charge 2.

it’s good clean and simple. am i missing something though? can it be set to run for a length of time? very useful for 40min meditation

needs to have ability to set daily reminders to do the breathing otherwise not very useful. The apple watch has this function.

Nice, easy to follow, quick way for an unwind. Would suggest keeping the backlight on and giving the option to turn vibrations off (user choice)

Good idea but without settings for breathing intervals and length of breathing unfortunately quite useless.

Great! Is it possible make alert for finish? For example long vibration, or three quick? Thx

Nice. Wish the text displayed properly on Fenix 5x. It's cut off at the bottom of the screen :(

Thank you this is on the Apple Watch but people might have a Samsung,iPod touch iPad and you can't connect it to them so you made this amazing application

Very nice. Would like to see option to set seconds for inhale / pause / exhale / pause (4 independent controls). Then you'd get 5 stars.

Vibrations/haptic would be an awesome addition to this.

As the app states, Nice Job. However I agree with other reviews, The ability to set the time for each of the phases and the length of the session would be perfect.

I was looking for such an app since I saw a coworker having it on his Apple watch. I agree with other commentators that with customization by seconds (or even half seconds) and brief vibrations for inhale/exhale it would be even better since I could close my eyes. Also the total execution time (1/2/3 minutes) should be selectable. Five stars for the HR graph after the activity. Six stars for showing the change in HRV, if this is even possible.

The APP is good, but after I finished the session. Why I did not get the heart rate value? I saw the demo showed 80bpm. I am using Fenix 3 HR.

At times, when the Wrist rate sensor is not able to pick up your heart rate that minute, the app won't show the reading unfortunately.

so calming thx a lot

Nice! I have been waiting already for such an app. Settings in seconds for each phase separately (inhale/exhale/hold) would be even better, also for different profiles (slow, normal,fastl. Adding another hold phase (one after exhale and another after inhale) would be great! Thanks for the app!