Stop-Watch for medical service providers pre-hospital and in a hospital for proper time documentation in emergency situations. </p><p>Maybe also useful for fire figthers, lawenforcement or in some tactical scenarios.</p><p></p><p>It shows a start time and 4 split times (accuracy - seconds).</p><p></p><p>Split times are displayed as absolute time and time duration since start time.</p><p></p><p>With the start, there is a short vibration/acoustical alarm every 5 min as a reminder for frequent checks or repetitions (e.g. medication)</p> 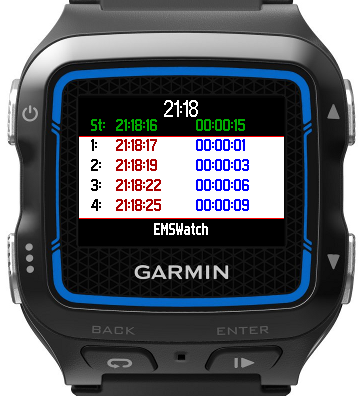 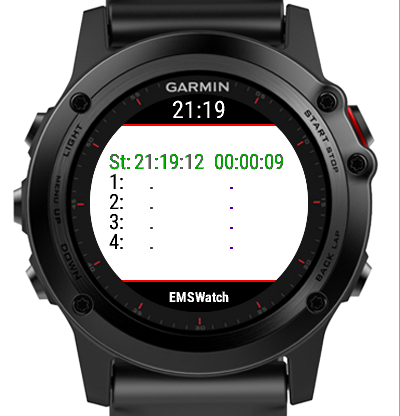 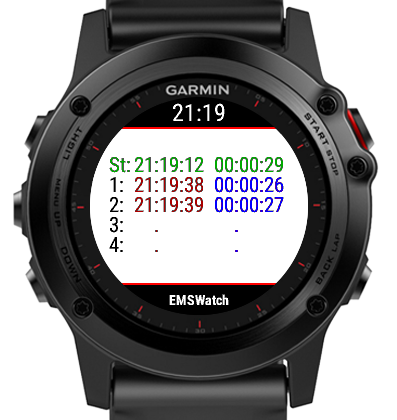 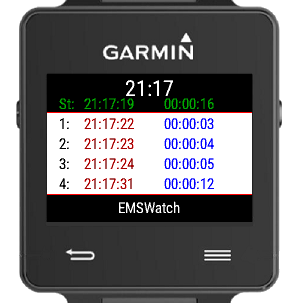 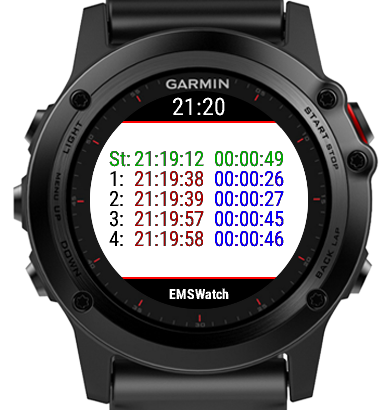 This would be fantastic if it gave you the vibration or beep at the 2 min mark for cardiac arrest rhythm checks/drug administration intervals. I'd also like to be able to mark events and scroll down and see more than four timings. As it is I can only mark it four times to record drug or shock timings which makes it unfit for purpose. It could also be useful for recording seizure duration but I could also do that on a basic sports watch with a stopwatch function. It's a great idea with a lot of potential but not an app I will be using at present.

Great idea, but needs a bit of filling out to be truly useful in an emergency situation. I think this will be an amazing tool in my nursing kit if some options were added such as a memory to record results, a way to sort the saved laps by descending order (currently I can only see 4 saved laps in addition to the current one), an interval timer (difference between the current and previous laps), and some way to keep my backlight from going out. Don't want to have to constantly tap my screen with a hand that probably has to do something else urgently. Having said this, I use this app on a daily basis. I love the vibrations at 5 and 10 minutes so my eyes don't even have to be on the screen to keep awareness of time. Great idea, and I can't wait for future updates!

I hope this developer keeps producing content for EMS as this one really works, maybe something for cardiac arresst using European guidelines?

Hi JT1, could you please contact me via "contact developer"? I would love to discuss you suggestion!

Fantastic app, I expressed data loss concerns so the dev updated it promptly with persistent data even across a reboot on my epix. If you're a medical proffesional this is extremely useful, particularly with transfusions, neuro obs or anything else that requires repeated observations over a shorter period of time. Excellent for things like transfusions. The vibrations are super nifty too and I'm able to run my stopwatch and other stuff in conjunction with it.

Very useful app in the field, and the developer is very helpful and willing to work with you on ideas!

That's a very useful App. It would be nice if there was a menu to change between split and stop and the possibility to save times and name them. (Sorry for the bad English)

Usefull Stop-Watch for medical Professionals in EMS or Hospitals (with a Garmin Watch) for proper time documentation during emergency treatment of patients or anaesthesia. Still under development with some more features to come. Big Thanks to the developer for his quick response Regards Christof