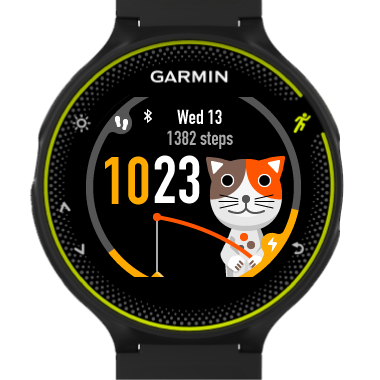 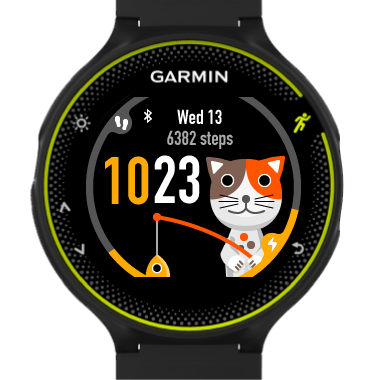 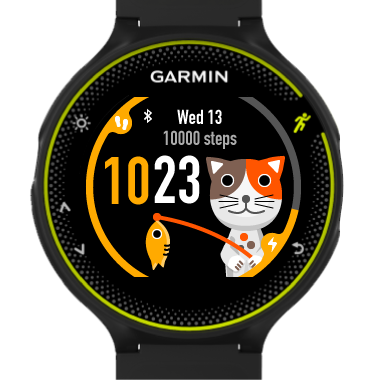 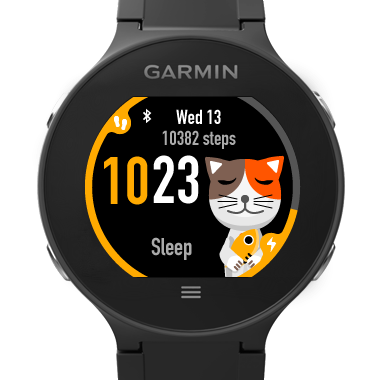 Like it! But could you pls pls add color chose option? Especially blue one. This is the only reason for 4 stars

I think it is great. So nice. and works for my forerunner 235

Used to be one of my favourites but sadly doesn't work anymore. Time, date, steps don't display on FR235

I just downloaded this app. It looks like it could be a great app except the steps, time, and date are missing. The cat and fish are their and look awesome. Just wish everything was there:(

Loved this watch face. Don't work after the recent update. Pls fix it.

Love the watch face, but broken since last update :(

I love this watch face but since the latest update to my forerunner 235 it no longer works. Please can you fix it?

Loved this but it no longer works since the update

Since the last update on the FR 235 I can read the time and it doesnt show the steps or date. Even not after reinstalling.

On the FR235, the Time, Date, and Steps are not being displayed properly. The side bar that displays a graphical representation of the steps to goal, and battery life does work. Fix please!

This is by far the best watch face available. I've had it for months and months. I just wish there was one exactly like this with perhaps a different animal or image (a dog or rabbit or even a tree, in the same position on the watch face). The configuration is perfect and the cat is cute.

I cant't make it work. What might be the problem?