***UPDATE*** Please note that I no longer use a Fenix 3 and no longer have the time to maintain and upgrade this app. Sorry for this and thanks to everyone who posted feedback over time, I built this app for my own needs and I was quite surprised to see that it was useful to quite a few people!</p><p></p><p>On launch, the widget will first aquire GPS signal after which it will display the current latitude and longitude (in either degrees/minutes/seconds, decimal degrees or MGRS format - pls choose the format you prefer by pressing [Menu] while the widget is active), the current altitude (in meters or feet depending on user settings), the current speed (in km/h or mph depending on user settings), the current heading (in degree and cardinal points format), the current time (hours, minutes, seconds), the timezone (offset from UTC in hours), whether Daylight Saving Time (DST) applies for the current timezone and the GPS signal strength (on a scale from 1 to 4, 1=no gps signal, 2=poor signal, 3=usable signal, 4=good signal).</p> 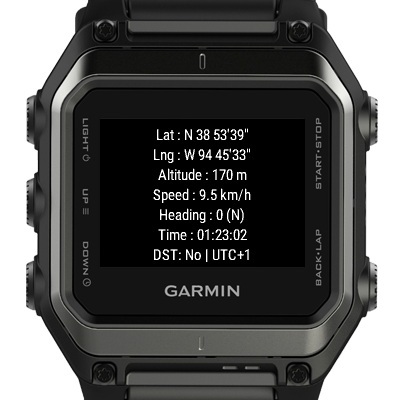 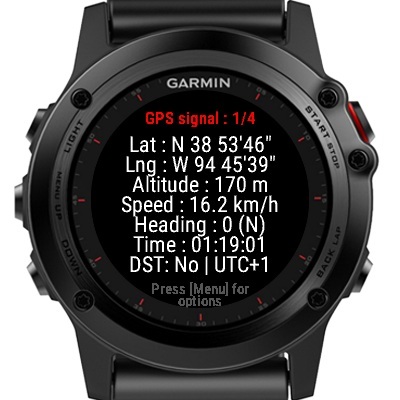 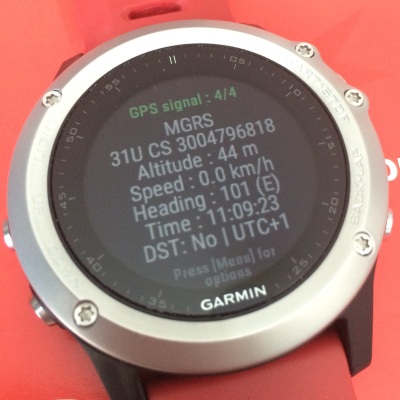 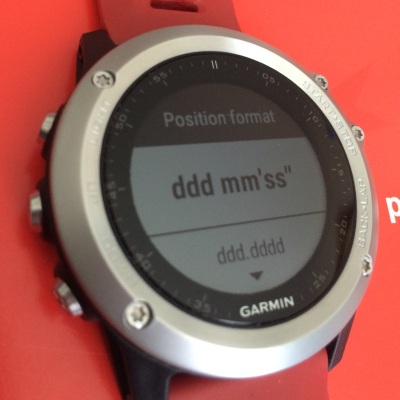 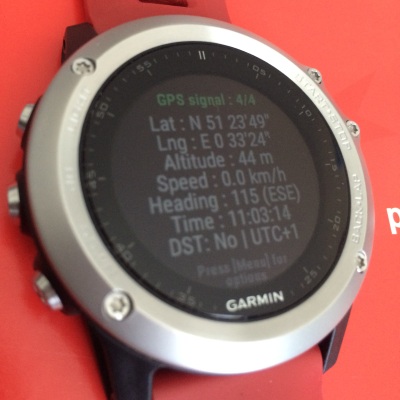 Are you going to implement Fenix 5, 5s, 5X watches support?

When will it be compatible with Fenix 5X? Thank you

Anyone having problem locating satellite?

Nice work!!! Now in only one widget I have all info that I need!!

Nice way of getting some basic information. It seems like this might be better suited as an app instead of a widget though.

Please allow users to change MGRS from 10 to 8 or to 6 figure grid references.

I really dig this app. Only issue is, if I stay in it too long when I hit "back," it crashes my Fenix 3.

after upgrade, on fenix 3 i have IQ with exclamation on screnn !!! uninstall, reset, reinstall, it's same !! the application not runing.

This used to be good but now all I get is an IQ with an exclamation mark. Why is that? It has been doing that for a while now.

Really good app an very quick real time . Any chance you could write an app for a altimeter that skydivers can use I. E. That you can zero at the dz you are at

Nice Widget! Any chance you could add UTM?

it would be great if can be put in UTM

Good app But please develope it to show gps elev instead of baro elev.because it is not exactly true Thanks

I loved this App until something changed. It seems like it is now establishing elevation from pressure and not GPS. If this is true, can we get it that elevation by GPS not pressure?

How to get MGRS to work in USA Go to device settings - system - then POS FORMAT First - choose FORMAT - then set as MGRS Then - choose DATUM - then set as NAD27 CONUS (US grid reference) Save, and you're all set.

Good app, with only 1 problem. I cant get the app to change location data from Lat/Long to display UK Grid Reference/MGRS on my Fenix 3. Can you fix this please, as this will be very useful? Thanks

How do I change the Map datum? When I select an MGRS grid it just reads 00000000. My current location is German. Could this be the issue?