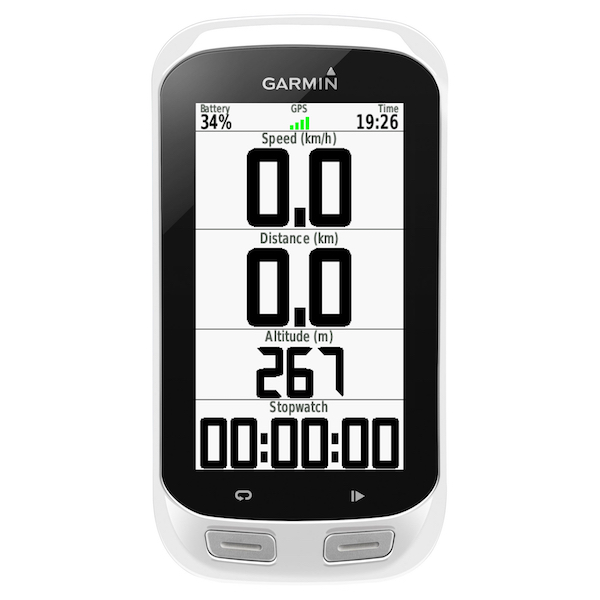 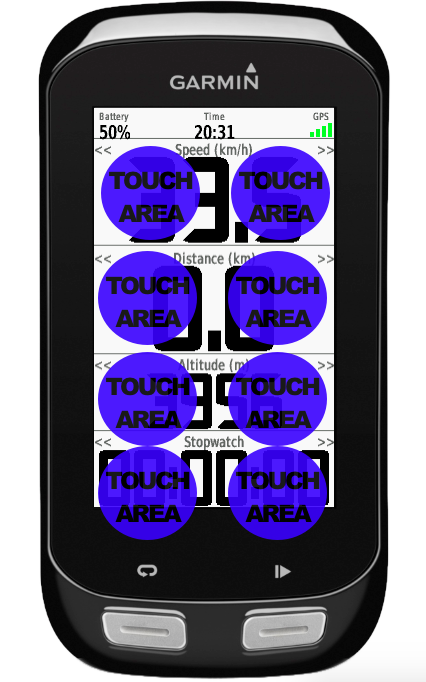 Love your app. It's the easiest to see while riding and provides all of the info I need. Now, is there some way to "lock in" my choices so they don't change when I accidentally brush the screen during a ride?

Works GREAT :-) can you make BIG data also for the turn by turn navigation on the top of the map? At least the arrow. It's white and too small. Would be very greatfull!

Nice app! Would be nice to be able to select also 'Climb' in the dropdown.

Like the app Stanislav, great for those who like big numbers, hehehe. Only thing is that I'm not able to change the data fields. I connect the Edge 1000 to the computer, use Garmin Express to access Connect IQ apps, enter Big Edge, change the fields, go back to the list of apps, then check it again to see if the fields chosen are there, they are, but after syncing and ejecting, the fields are reset to "speed, distance, altitude and stopwatch". Is there anyway around this or is it a bug? Tell me and I will gladly sent you the more than deserved BEER!. :D

This is very usefull for me, and could you display the distance to two decimal number (0,00)? Thank you if you do.

Very good. How do I change the way when the contents of a field ??

Stanislas is the best an improvement : to be able to choose on more datasets

i cant get the fields to change and stay ...i change them in garmin exsprees and sync they stay speed distance alt and stopwatch i love the idea and cant wait to get it right

Works fine. Is it possible to have more Data screens ? Simple solution might be to add this same app to Connect IQ but with different name (Big Edge1, Big Edge2..)

looks good, few more data fields please, so that I can add to more pages, average speed would be nice also change text to "Heart Rate" same in my edge