• All features described here are available FOR FREE • Payment is ONLY required to enable advanced features in "dynamicWatch Premium" paragraph below</p><p></p><p>routeCourse from dynamicWatch: download routes to your Garmin Edge, Fenix 5 and 6, Forerunner 245/645/935/945 directly from Strava, Ride with GPS, Google Maps, MapMyRide or Garmin Connect, or create a route in seconds in our phone-friendly Planner.</p>

• routeCourse is free: enter link code at https://ciq.app/link Detailed help at https://ciq.app/help</p><p>• V2.0.0039 adds support for Garmin Forerunner 945 LTE, Enduro and Descent Mk2S</p><p>• Email [email protected] for other support questions. We reply quickly, and it is a far better method of contact than putting a question in a review here and hoping that we see it. 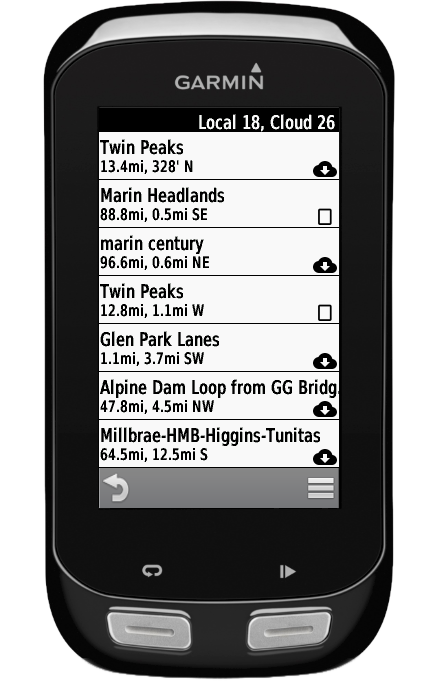 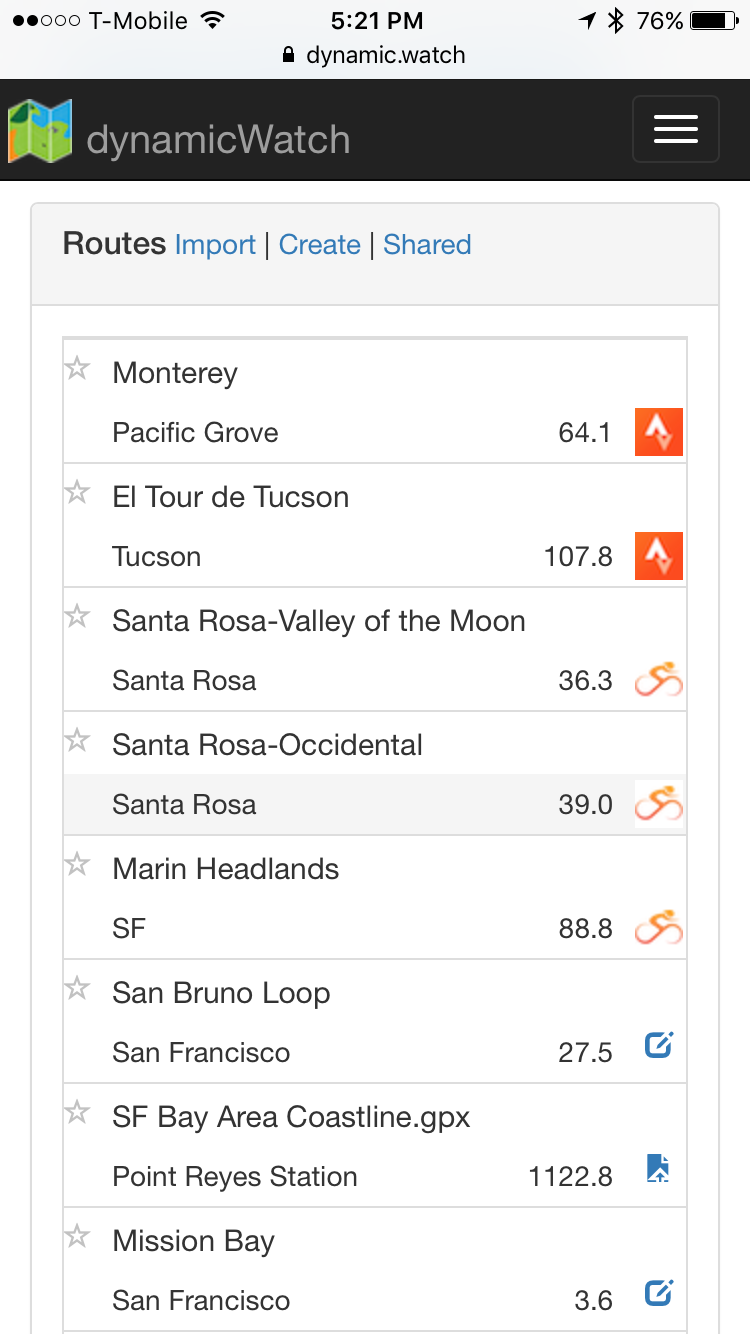 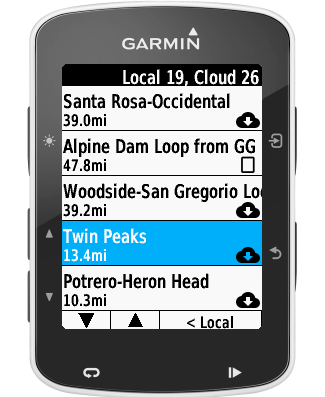 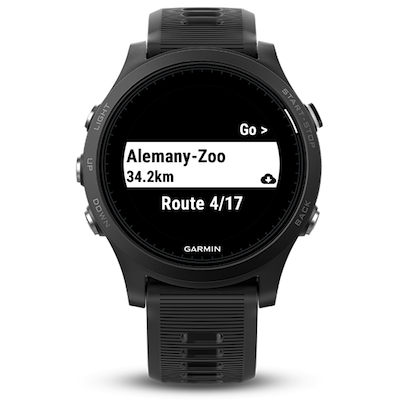 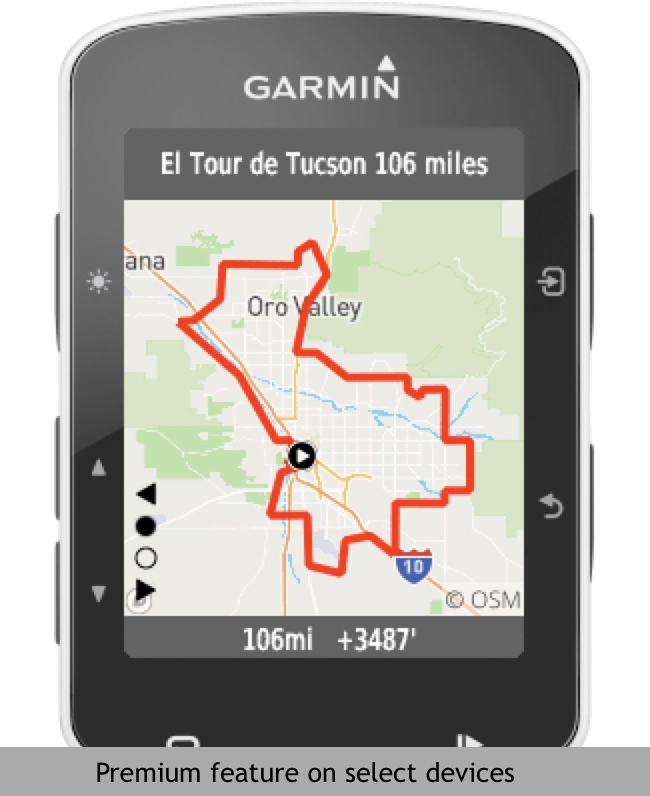 A fantastic app when used with a Fenix 6 watch. Makes planning and navigating a course a cinch using the internal watch maps. Also the support by Marcus is unbelievably responsive and helpful. I have no hesitation in recommending this app.

Allows me to download GPX routes to Oregon 700. Wirelessly.

Great app to download routes to your garmin device. When it comes to planning (and changing) your route on a smartphone, routeCourse is BY FAR the best and easiest way. I've tried Komoot, Ride with GPS, Strava and one or two more,.... none of them is nearly as quick and easy as routeCourse. Also the ability to switch routing 'algorithm' between fast cycling, touring and mtb is a great feature.

The app works really well with Garmin Fenix 6X to plan, download and run a course using watch maps. But even better is the technical support. Really prompt responses and excellent advice.

Used the app for years and loved it but suddenly started to get an error message. Contacted Marcus and had great service in getting the problem resolved (corrupted file on my end). Excellent!

Great app with simple route planning function. Works great with my Garmin 1000 edge. Only one little irritating thing: when I use my Macbook for route planning and wants to do a click-and-hold to move the map is sometimes miss interpretes that as the next point of the route, a minor thing.

Can only echo other peoples positive reviews on here, a very quick, reliable way to transfer courses from URL links straight to your device. Tech Support is second to none, I had a glitch recently that was responded to within an hour of sending a query. Its my must have way to transfer routes to my Garmin 830. Brilliant.

Route course is great. I rely on it heavily. I reviewed last year but wanted to follow up. I had an issue where dynamicWatch stopped recognizing pinned RWGPS routes, and so consequently these were not recognized by routeCourse on my Garmin. (In fact it was the latter that I discovered first.) I wanted to remark on the amazing support and service-Markus responded to my email in about 30 minutes with two possible fixes (to address shortcomings in RWGPS rather than dW/rC.) In the end the "turn it off and on" fix worked- a simple disconnect/re-connect RWGPS from dynamicWatch.

Excellent app. I have it installed on my Garmin watch and Edge GPS. Transferring route is easy. Also, not to forget Rain and Wind app. This helps a lot while cycling outdoors. Kudos.

Nice App for my fx solar

Fantastic app that shouldn't be necessary bearing in mind how much you pay for a brand new Garmin Watch etc however i'm so so glad it is available! makes it such a breeze to get routes onto your device from your mobile phone etc. I use OS maps to find routes especially in ares i'm not familiar with and being able to export a gpx and have it on my watch in under 5 minutes in the middle of nowhere without a laptop is fantastic. The support I have received from Marcus has been absolutely incredible and I would not hesitate to recommend this software to anyone. I have upgraded to the premium version also, at such a reasonable price I don't see why you wouldn't!

Dynamicwatch with Chrome plug in makes both saving and loading routes created in 3rd party aps a breeze. I primarily use strava to create routes and find loading to DW the easiest and best way to have available for my Edge 520. And, DW support is fast and efficient!

This is a must have app if you own a Garmin. It significantly adds to base functionality and allows loading routes on the fly from Strava or other sources. The inexpensive Premium subscription is also a highly recommended value add. Download this now. What are you waiting for?

Best navigation app available for the Fenix series bar none. I can’t imagine using my Fenix without it. Easy an intuitive to use - Garmin, please take note!

After a software update for Forerunner 245, this apps works great again! Great to have route options combined with the full native activity functionalities.

Awesome app that works great. I am able to download my routes from ridewithgps wirelessly and control the speed of my virtual partner and not download the cue sheet, which my edge 830 does not need for navigation. Support is great and I always receive prompt reply quickly.

Great app for my Fenix 6X pro. Had a problem logging on to the app. The customer service was fast, clear and very helpful

Had a problem getting gpx to import so I sent an email to support. got a response the same day which resolved my problem. Dev was very responsive and routeCourse easily loaded my route into my Garmin fenix 6x pro. Happy, happy, joy, joy!

I use the app with Garmin 530 and 66 and it works very well. And if you have some questions, support ist simply the best.

I ran into a number of problems when I upgraded from one device to another, but Marcus, on the support team, worked through a number of glitches in the process (mostly, a conflict with the Strava logon) to get things back on track and my routes flowing to my new device. Thanks, Marcus!

This is a great way to get routes onto the Garmin, without having to plug the garmin into a computer. Very Handy Tool.

Was unable to import course from RideWithGPS to GarminEdge1000 via DynamicWatch. Very quickly and accurate diagnosis; garmin full of old courses. Thanks Marcus.

Is there a general error when importing Strava routes?

Please contact us at [email protected] and we'd be delighted to help you troubleshoot your issue. (We might not spot a tech support question within a review here for few days, but we respond very promptly to emails.) Re Strava, just unlink and relink your Strava connection in our website Settings.