Stay FitX!</p><p>Perfect for planning your next race and keeping you on track with your weekly distances and workouts. </p><p>***With Customizable Goals***</p><p></p><p>Unlock the extra options for just $0,99US: https://connectiq-devs-store.com/products/fitx</p><p></p><p>Entering the activation code in the settings section will allow the paid options to be applied.</p><p></p><p>You can explore my other watch faces here: https://apps.garmin.com/en-US/developer/53b3adeb-a395-47c6-98b4-80c391c83d3c/apps</p> 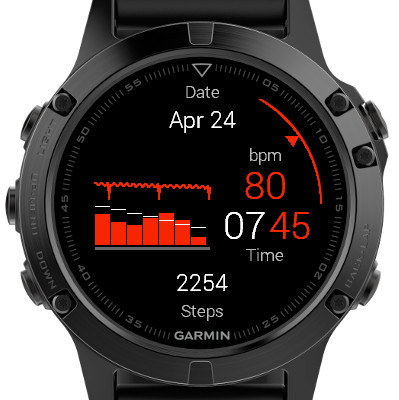 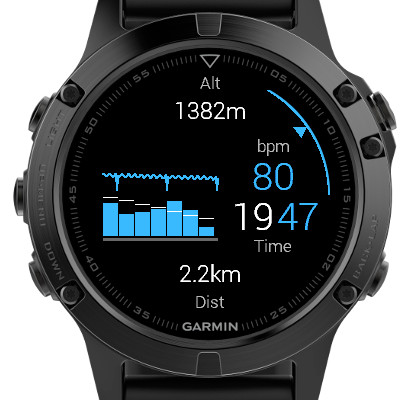 Heart Rate is too slow, Vivoactive 3.

great screen with a lot of information

Great watchface. Having battery outside a custom field would be great !

Nice watchface. Bought the pro version, it's worth it. Some ideas that would be nice: - option to show more data (fields) - Would love to see battery status, HR (bpm), HR (graph), steps (graph), time, date, calories, steps (count) at the same time. [I know that this is most likely impacting the clear desing, but I would love to add that data optionally... :)] - bigger time font (make it bold optionally) Keep up the good work!

Good face but be warned! I have had it for about a month or so. It's not coming off whenever l want to change to another face...So I'm stuck with this one. So frustrating.

Hi, Just like any other watch faces, you will need to switch to a different one before uninstalling it. Just use the contact developer option on this page instead of leaving bad review.

Nice watch face, but when applying "date" in the setting, the watch face date field only shows date, not month. The month field is a brick like pattern, looks like a garbled. My watch is FENIX 5S APAC Version (Chinese). Is it possible to use only numbers representing month in the date filed? I think this can solve the problem. Thanks!

Nice watch face. Jut a little heavy and slow the watch down a bit. Where do I get the paid version to unlock all the features?

"Need more custom" - Please use the contact developer option to explain what you are looking for. Cheers :-)

Nice watchface. Have paid version. Please add the option to hide captions for "Custom Field 1", "Custom Field 2", "Time" to drop the digits a little lower. Thanks! :)

Best of the best! Very informativ = usefull. And elegant in same time. Looks grate! Just one little thing: I agree with litchidong - move bar would be better in red.

Really like design of watch face. Have paid version. There is always a white line under graph. How is this MOVE BAR? Doesn't change. Using on Forerunner 735xt. It would be nice to have steps and distance at same time, then watch face would be in 5 star category. Good start guys. Changing color of heart rate would be great also. On Forerunner, time is almost off watch. Not complaining, just offering feedback of a friendly kind. Would like to see watch grow. Cool design, really, really, Syfy like. - Rod

Thanks for your review and feedback. The line under the graph is light gray... which indicates an empty move bar. A bar filled with your selected theme color will indicate that it's time to move :-) To get distance and steps displayed at the same time, assign one to a custom field and the other to the other custom field. Regarding The time, I will validate the spacing in the simulator. Cheers

Would You tell me pls where is move bar? Thanks.

Thanks for your review. The move bar is the horizontal line under the graph. Cheers

movebar should be red . wish to provide message number

Perfect, only the hh:mm are a little too small

Awesome watch face! What is the time scale of the HR history graph?