Easily turn off and on your ANT+ tail light while riding.</p><p></p><p>With the Edge devices the tail light is always on or controlled automatically, but sometimes it would be handy to be able to turn it off manually (for example when we have riders behind us or to save battery when biking off road) and then back on when it is necessary (when back on the asphalt for example).</p><p>Even with the Varia RTL Radar Tail Light sometimes it is desirable to turn the rear light off, leaving the radar fully operational.</p> 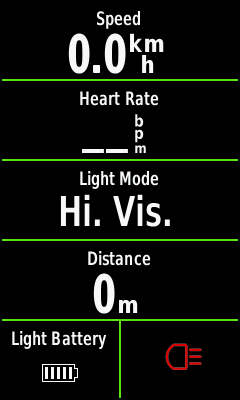 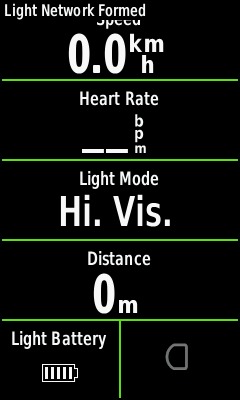 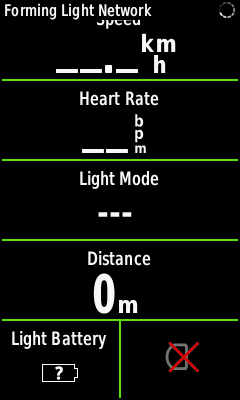 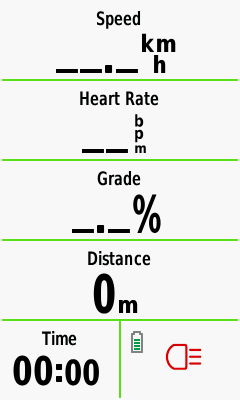 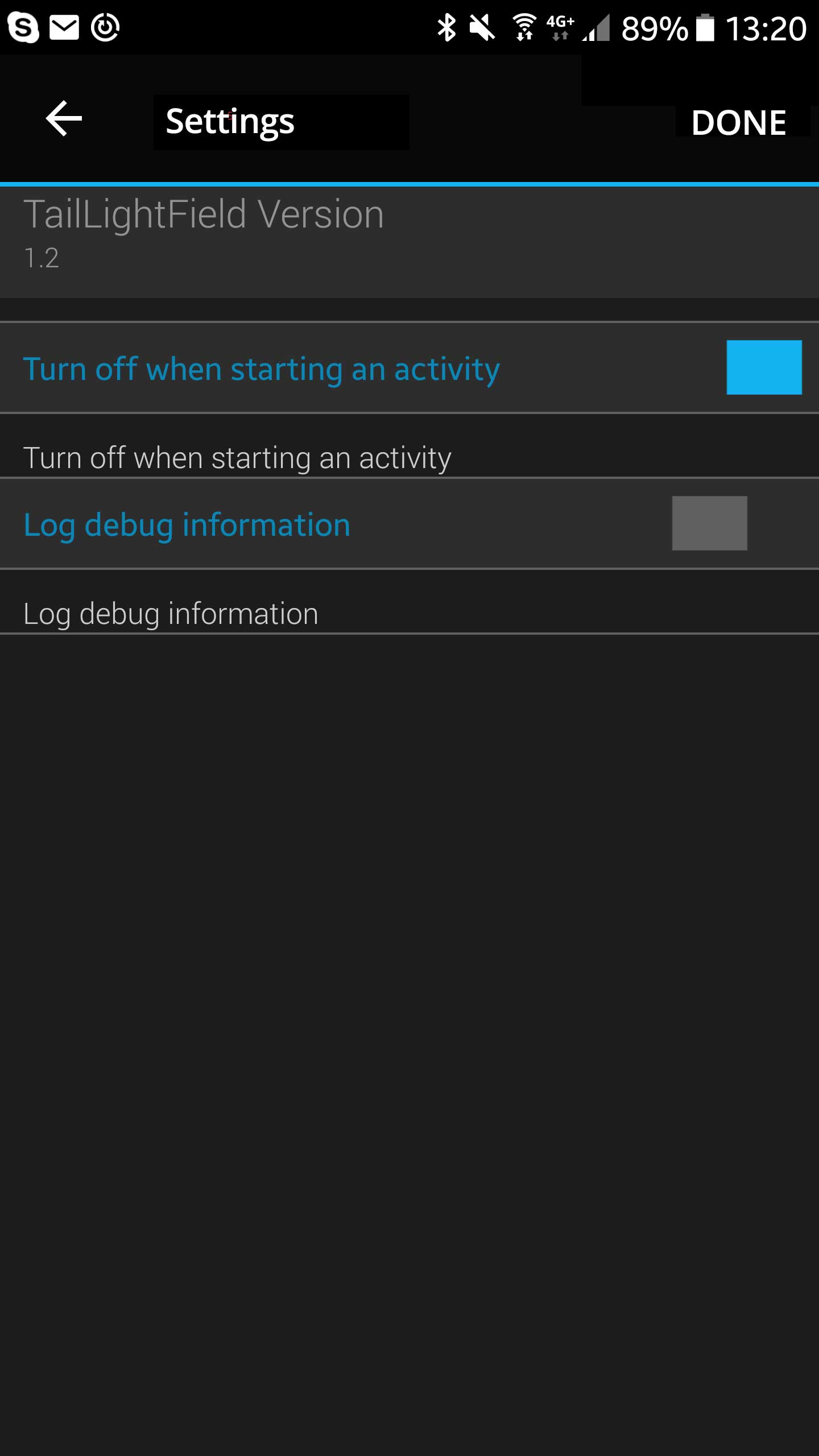 Only one detail. Can you add a tone when push field? it would be useful since sometimes the response (on / off) is slow, and thus know if it has been pressed.

Are you doing that during an activity or before starting it? Before the activity is started it's normal the light gets turned off.

This data field appears to not work with firmware version 9.50 on a Edge 1030. Installs as a data field and acknowledges the light network but pressing the field causes the Varia to flash twice and that's it. It does show the battery status.

Hi, I installed this app on my Edge 1030Plus, but I cannot find the app in my Edge. So I still cannot swith the lamp off and leave the Radar on. Can some help me to get it working on my Edge?? Thanks. Regards, Ruud.

Very helpful. I only use my RTL510 with the flashing function. And with this data field (Tail Light Field) I can switch off the blinking very simply whenever when it's not needed. E.g. on separate bike paths. Approaching vehicles are still displayed on the Edge 1030 Plus Diplay even without blinking.

Hello Camillo, great data field. Would it be possible to turn on the light if a car is detected automatically for maybe 10 seconds and after that, turn off again? Or isnt there any trigger point?

It's something that could be developed but unfortunately it's not possible to support the Garmin 1000, so until mine doesn't break up and will force me to buy a newest device, I will not be able to develop it.

Doesn't work, I'm using an Edge 830 unit with a Varia 510 Radar, and i get invariably a "no network" message, the radar feature is working fine, just the ability to control the light, or check the battery is simply missing.

You need to connect not only the radar but also the radar light, otherwise your Garmin unit will not let you manage it. The 'no network' message is there to tell you that your light has not been properly set up in a light network.

Best app for Varia Lights. Thanks for developing!

It works also with Cycliq Fly6 CE for light on/off/mode. Due to Garmin Edge (830) isn't possibile to not start Fly6 when starting recording or the Garmin itself, but then you can operate perfectly on light via data page and known its status.

Very useful. In a future upgrade, when the light is switched off on the Varia RTL, would it be possible to have the light switching automatically on when a vehicle is detected by the radar and then back to off ? Maximum visibility while saving battery. Thanks !

I am afraid it does not work on an Edge Explore (firmware 4.60). Edge Explore doesn't recognize an LightNetwork?

Excellent. Great addition to my Garmin Edge activity profile screens for use with the Varia Radar / Light (RTL510)

Hi, very useful this app. Can I change the intensity of the light? It is very difficult for the ones that are behind me. Thanks.

Great data field! Really useful. It would be nice, that besides turn the light on/off, allow us to change the light mode... Continuous/pulse/blink. Great work though. Thank you!

In an Edge 1030 it works great, thank you very much. Is it possible to configure the field in flash mode?

It's probably most useful data field I'm using. It would be perfect, if you can add tone on/off switch.

The "no network" message means you have not set up a light network on the Garmin Edge. Please follow the Garmin manual to set it up and the field will start to work.

Hello any change to do the same for the front light, the override to start activity with lights off it's really perfect.

Really love the simplicity and effectiveness of ths data field that works very well with the Edge 1030 and the rear Radar Varia RTL 500. Many thanks for the work that's gone into producing it. I have the Varia UT800 front light also. Is there any way of connecting the two, through the data field with a slight modification maybe so that the front light can switch on and off with the rear light simultaneously. That would be awesome.