A watchface based on the look of the Fenix 6 watchface - with a LOT of customisations (including a lot of different datas).</p><p>Please configure your watch face via Garmin Connect Mobile or Garmin Express. Here is how to do it: https://apps.garmin.com/settingsHelp.</p><p></p><p>In comparison to V1 this version works with garmin weather and does not need a foreign weather services but therefore this version only supports devices that support CIQ3.2. This version is smaller and better than V1 and does not have any dependency to a foreign service.</p>

If you see an IQ logo, please check if your device is up to date.</p><p>If you contact me, please don't forget to add an email address so that I can send you an answer.</p><p></p><p>Check out https://mflisar.github.io/garmin/phoenix/changelog to find a formatted changelog. 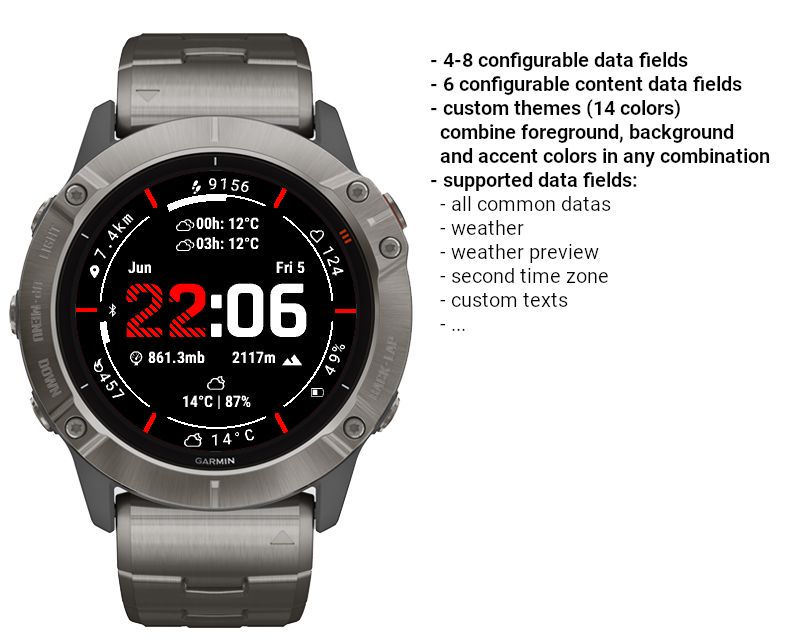 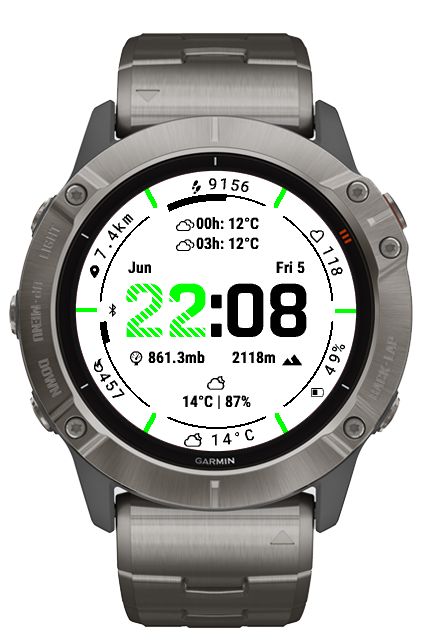 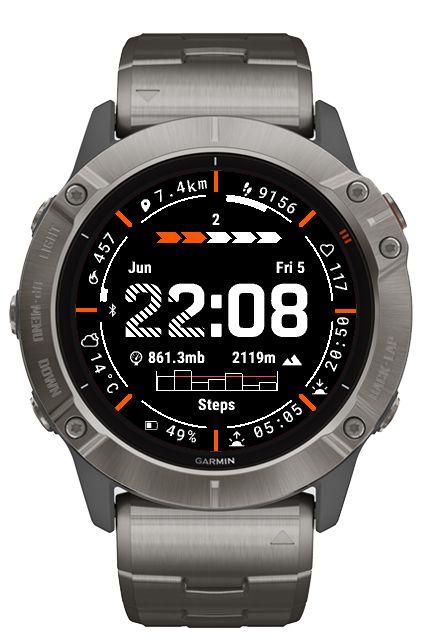 After testing a number of watch faces, Phoenix 2 was the best. I can display a lot of data without being gaudy and it has Garmin’s Fenix look. Excellent design. A nice surprise was the excellent documentation on the developer’s website. I found the FAQ and Issue topics very helpful which included a good discussion about power consumption. I like the approach the developer took in providing all functions in the free version with no time limits. I spent many weeks testing everything before making a donation.

Outstanding watch face! Only thing I miss is graph with sunrise/sunset and battery graph (both similar to Garmin style) which can be placed in the middle.

Great app but how can I delete the garmin's model under the seconds?

Awesome. The only watch face I’ve find found that displays all the information I want to see in a classy format.

One of the best watch faces in the store. Keep it up with the great work!!

The best watch face with a great variety of data fields and the cleanest look!

Great watchface! I am very happy having it.

Good watchface. It would be nice to add support for Xdrip and atmospheric pressure should be indicated by an arrow.

Amazing face with lots of Data. Totally different from other Fenix Face. How can I remove the fenix6 written under minutes.

great app but why i see "fenix 6x" under last of digit? how i can change it?

I think I have found the perfect watch face. Excellent work!

Hi) Can't open the settings of watchface, "Connection problem.." But i steel get the notification, the Bluetooth connected..

You are talking about GARMINS app not about my watchface... if you can't open settings inside a Garmin app please tell them, I can't do anything here. It's mostly that there servers have problems... Waiting helps... At least it's nothing that's in any watchface developers control.

Excellent watch face with loads of data fields without overcrowding. Simple and clear and fast response.

Cool but have bugs. "GPS?" all time for last location and sunset/sunrise

A beautiful watchface with a lot of customization to be adjusted to the preferences of each user. I received the pro code in 1 day

Best watchface for fenix6 ever. After being used to the default watch face any thing else feels unnatural and I quickly change back. This on is as clean as the default one but with more fields. I haven’t tried a lot of watch faces but this the first for me non Garmin and still has Garmin weather data

Love It! Simply the best WF i've ever had

I have not received the pro-code!

Either you did not donate correctly, have a wrong paypal mail address or similar... Otherwise writing me would have helped as well...