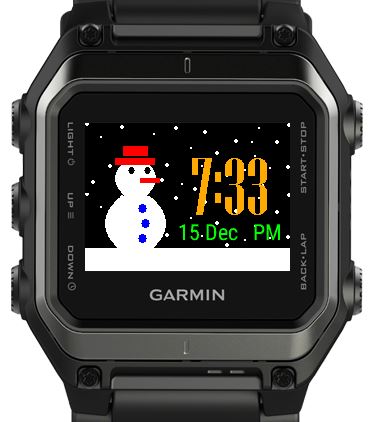 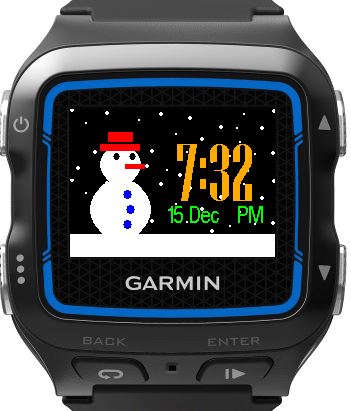 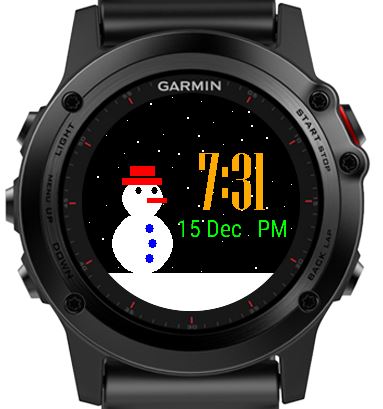 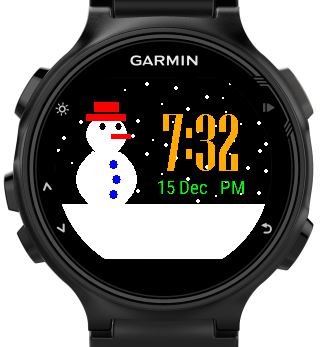 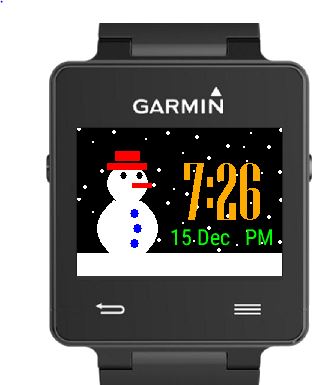 Adorable it’s so cute I showed my mum cause we have garmins and she does a Christmas theme, and she loved it❤️

Cute but doesn't work on my vivoactive hr

Very cute Gets into the holiday spirit

Nice animations! Will not uninstall!!!! Any suggestions? I have a Forerunner 235.

Select the standard device watchface before remove it

After a while of no arm movement, snowman becomes just the snowman body. Head is missing, it’s like it has frozen in animation and not completed. Please fix in next version.

Really nice, but how I can see the battery?

May be in the next release

Nice and simple watchface with 24h clock. Nice for the wintertime, with a little animation of the snowman. Number 4 is not good visible looks like a 1, because of that a 4 stars review.

The simplicity is what I like! Also, very easy to read the time. Fun for Christmas.

The snowman is fun, and a nice alternative to a tree. However, despite downloading a new watchface, I am unable to replace this app. Help please!

Like this face, it's fun. But can't uninstall it...any suggestions please??

You have to switch to an other watchface before uninstall it

Simple. Fun for Winter! Thanks!

Great for the Wintertime. Can you add in the snow Notification ,Bluetooth ,baterieicon? Thanks

I suggest you to taste my "Watch companion" widget

Love the snowman but would also prefer 12 hour clock format

I love this watch face, but I wish it wasn't only a 24hour clock.. I prefer 12-hour. Would love if this could be configured.