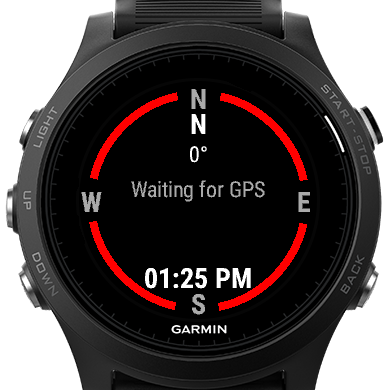 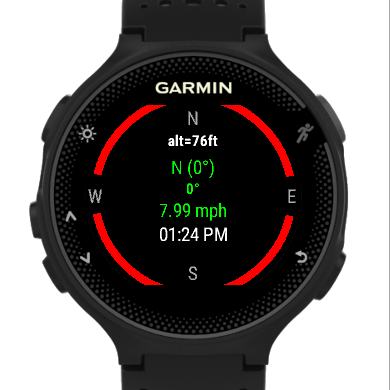 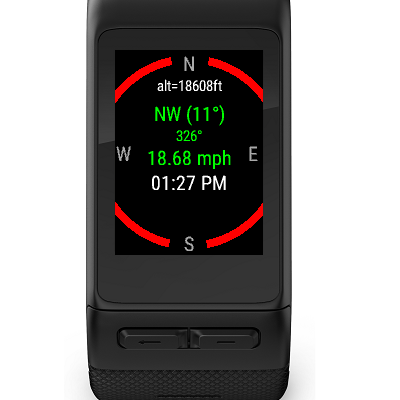 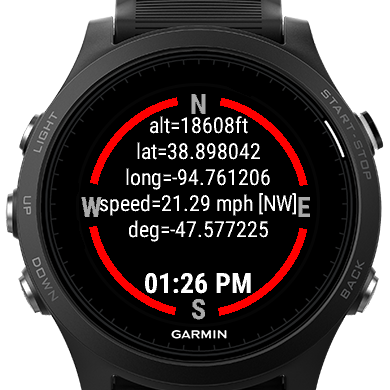 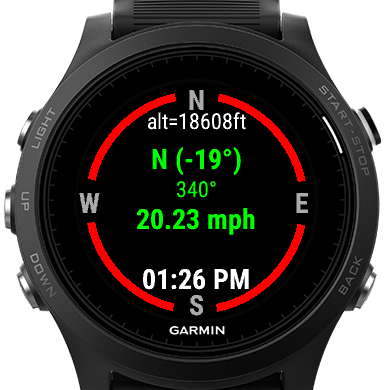 I love the compass, the frame rate is pretty low on my vivoactive 3. But ignoring that it’s a nice widget! The speedometer isn’t perfectly accurate, but for riding four wheelers it’s ok. I wish I could give this 4.5 stars!

Not too good, I have an old motorcycle with no speedometer on it, was hoping I could use this app, but only works about 15 percent of thetime

Couldn't be more inaccurate. Deleted it but had to re download to review. No good. & the next compass widget was just as useless.

Works well on the vivoactive 4, but I can't figure out how to get back to the widget's main screen. After GPS gets a reading, if I tap the screen it goes to a 2nd screen that shows the data in a really tiny list. But I want to go back to the 1st screen that shows the info in the much bigger font (and keep it on this screen). But once I get to that 2nd screen there doesn't seem to be a way to go back. I have to leave the widget, open it again, and wait for GPS to see that screen.

Perfect on the 735XT, I sold my Fenix and was missing that option.

I love this great widget on my vivoactive 4. And I searched for the app version but I discovered it isn't compatible for vivoactive 4. Please, can you bring the compatibility to this device? It is too useful for me and I think for everyone else. Thank you

Good​ in accurate direction but I still wonder how to get information of my current coordinate between latitude and longitude from GPS.

Well, that's what the option to toggle compass is for in the settings...

I like both the app and widget versions. Having a compass always to hand - literally - is really cool, far better than a phone app or having to carry one of those old skool magnetic pointery things around. It would be even neater if there were more gradations around the edge instead of just the four cardinal points...say in 5 degree markings?

Thanks for the compliments and feedback, interesting point about having more gradients and I will give it a look (will probably be no earlier then in the weekend though) :)

Fantastic and simple brujule. Very interesting and easy to use in every place.

Could've been a great app but because of one idiotic thing it is useless. Who does things like negative bearing? Since when W is -90°?! It's totally unreadable!

Your inability to understand or use it does not make it useless... 1. The negative degrees is simply an offset... There is N, NE, E, SE, S, SW, W and NW. When it's 5 degrees towards east from N it say N (5), when it's 5 to west from N it says (-5). Below it is an absolute value (so N -19 degrees is the same as 340 degrees)... 2. Apparently in the southern hemisphere the compass is reversed, so for this there is an option to compensate for this (flipping it) in the widget settings 3. Also... If you have an issue, problem or don't understand something it is also an idea to contact the developer instead of dumping a 1 star review right away. I usually am more then willing to help out or consider changes.

Cool app, but altitude seems to be totally wrong! Other app e.g.run is showing 503m (correct) and yours 553m. Please correct!

Nice one! Use it every now and then to check my current speed. F.e. when I'm in a boat, hiking, on a bike, etc. The only downside is that it's a widget :). It means that the widget will appear for about 10 seconds. Then -automatically- the home screen returns... I don't think it can be overruled, right?

Well, I did recently release the app version of this tool so give that one a try ;)

Nice app but altitude seems to be totally wrong. When I start the normal walk app and wait for a gps fix, the altitude is 28m, which is only a few meters from the correct value. The widget however displays 128m after a gps fix. Using a FR645M.

Would you please make it an app?

Just did, you can find it in the connect iq store ;)

As mentioned in the changelog (v1.2) there is an option to toggle the compass in order to 'flip it'... that should fix it.

Good, but when auto lock automatically starts, widget goes away returning to the watch face. This could be fixed.

You're not talking about the natural behavior of a widget? (A widget is only active for x seconds, say 10, before it times out and goes back to the watchface). THat's just what widgets do...