Bioshift for ConnectIQ is brought to you by the creators of Xert Breakthrough Training, the world's most advanced cycling training platform. (www.xertonline.com)</p><p></p><p>Bioshift is a unique cadence metric that optimizes your cadence by using a gauge. The gauge slides up when you're pedaling too fast and slides down when you're pedaling too slow, relative to Bioshift's determined optimal cadence for a given power output.</p> 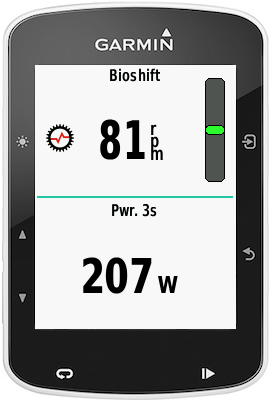