The Mechanical watch face is characterized by a classic, uncluttered aesthetic. Carefully crafted analog date and battery indicators are prominently featured, along with cleanly designed calories, distance, step count, date, and Bluetooth status indicators. The watch face also provides colors options for second hands.</p><p>Please configure your watch face via Garmin Connect Mobile or Garmin Express. Here is how to do it: https://apps.garmin.com/settingsHelp.</p> 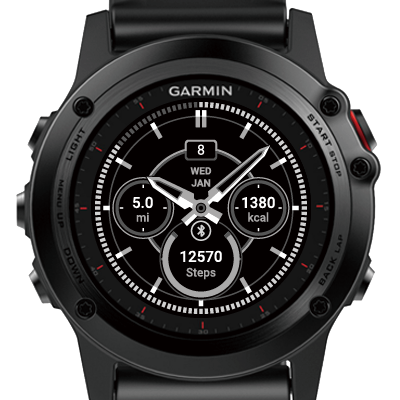 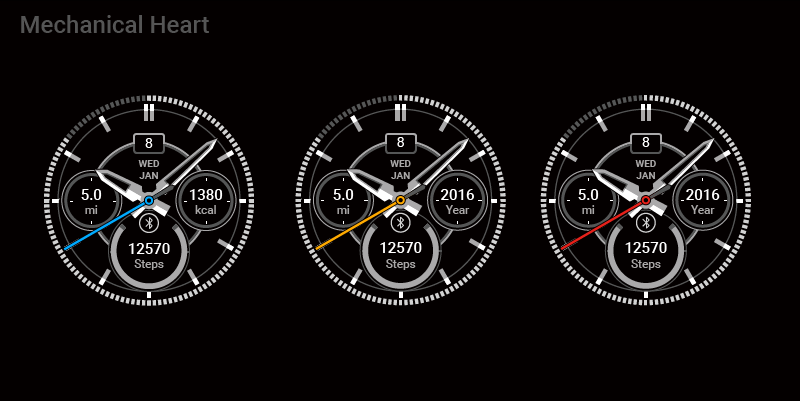 No metric system. No enough settings.

It has a great look, but as noted above, it's slow, and the red second hand disappears. It really would look better if the second hand worked. I think that the ring of little blocks around the outside is battery %? that part's nicely done. Please fix the second hand tho'. (Fenix 3HR)

That watch face has great design, but on my fenix 3HR it has some glitches. First - it slows down the watch a lot. Second - after a few second red line (showing seconds) just disappers.

I like the watch face and the dial very much, but it seems like the sub-dials, such as distance, steps and kcal just takes too much of memory and it slows down the transition between switching widgets. Hope the sub-dials can be customized and able to set to no frills. This would be perfect then. Thanks.

I find the settings most useful. Being able to choose the color of the seconds hand is choice, but being able to choose between kcal and year takes the cake. When I'm time traveling, it's easy to get the year confused. Thanks Garmin!

Nice watch face. if possible the battery and move round, can be colored. Settings option: blue, red, green. Thank you.