- Added support for Vivoactive 4, Forerunner 245, and Forerunner 245 Music, Forerunner 45, all current MARQs</p><p>- Created personal backlog of items to get to (I saw there were some more feature requests while I was away :D ) 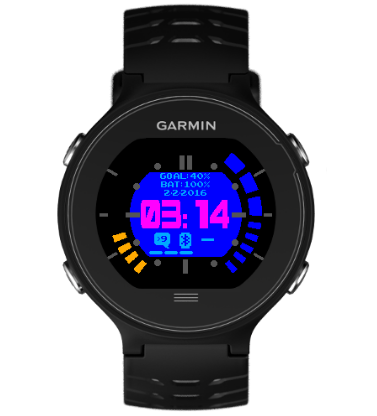 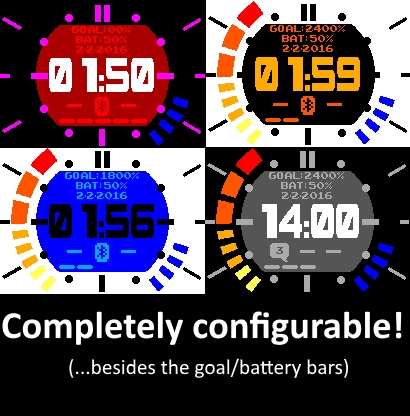 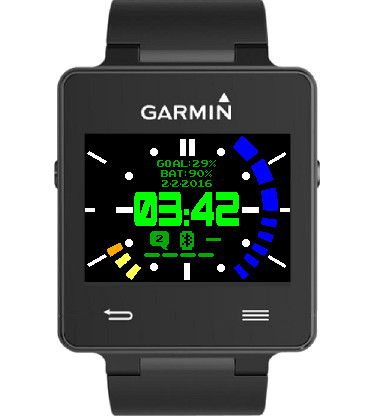 Fun and nostalgic. Not necessarily data heavy, but that's not what this is all about. I receive comments from peers often!

I love this concept, but I'd really like to be able to configure the battery and goal bars. The app crashes whenever I change background or any other color for that matter. The seconds glitched out.

I like it, though I miss hands above everything else. I would love to see real-time HR somewhere. On the bottom maybe or left side of BT icon.

Great design and a beautiful face! I have only one caveat, I wish I was able to change the data that applied to the Health bar and Armor bars. To me it makes more sense that the battery be the health meter and step goal be the armor meter as ascetically while playing the health meter will always have some bars while the armor could be zero. seeing the Health meter at 0 at the beginning of the day fills me with anxiety.

Hi Adam! That's a really good point... I'll allow that to be configurable with my next update!

Fantastic face. This was the reason I specifically wanted a round smart watch

Awesome! Thanks for always on seconds!!

Thanks for the very fast update! Now its readable. Thank you! The fifth star will come with always on seconds. Cheers

Hello again! A setting has now been added that allows for seconds to be shown.

Date, goal and Batt are almost not readable at f5x. To small. James Bond need always on seconds. Please ad this feature, as ist does not drain battery due to partial screen update.

Hi! Once you update to the latest version, please let me know what you think of the font sizes on the your device (I was just uploading a new version as I received your review). I'll consider what to do with the seconds, as it seems to be a popular request.

Super awesome! Looks amazing on a vìvoactive. Seriously recommended peeps to get it.

Looks good. Works as expected but the bomb detonator and laser needs some work.

Watch face was ok but it seems to have hijacked my vivoactive and now I can't get rid of it.

Doesn't work with my vivoactive (v3.40, Connect IQ: 1.2.1). Only appear in a flash and then it goes back to digital/default version

Amazing watch face. Makes me want to reach my goal on a full battery, just to see the Bond logo!

Colors and clarity of the numbers are improved! The little text is really hard to read (and unnecessary) on the Fenix 3. Also, on the round watch there's wasted space on the outer ring...would be perfect if that was filled with the progress bars and larger numbers.

Looks terrible on the Fenix3. Needs the ability to zoom in some and get rid of the blank ring around the outside.

Would love to see the watch face, but it only blinks on for a second and then goes to the default watch face on the Vivoactive.

Do not work correctly with my FR 920XT

This is an amazing watch face! I love everything about it: the style, the colors, and even being able to configure the color choices. I really am glad someone had the talent to make this :) I highly suggest it.

Very cool watchface - the font used for the time is slightly strange, and obviously the screen tech limits the ability to make the translucent green inner background look good, but I like what I'm seeing.

gets hidden by the default on vivoactive

Good start -- about time there's a Golden Eye watch face! For me, improvements would be being able to hide step count and battery % (they seem redundant to the bars on the side and clutter up the screen) and enlarging the watchface by getting rid of the outside ring of tick marks -- they are part of the original, but that space could be put to better use.