The SunCalc widget calculates all useful times for the sun, like sunset, sunrise, dusk, dawn, blue hour, golden hour.</p><p></p><p>Press "Start", then browse through the list of times with "Up" and "Down" (or touch the upper and bottom area on touchscreens). Press "Start" again to refresh the GPS position. </p><p>Press "Back/Lap" to exit.</p><p>Press "Menu" to configure what should be displayed.</p> 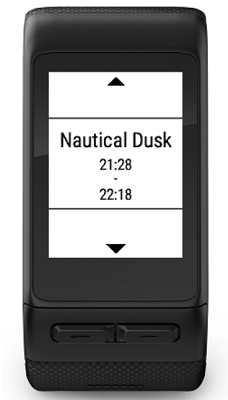 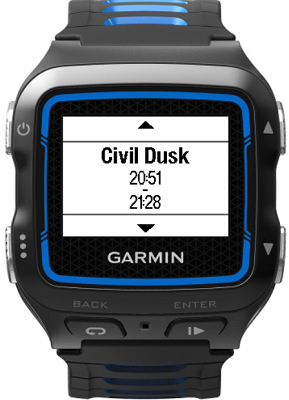 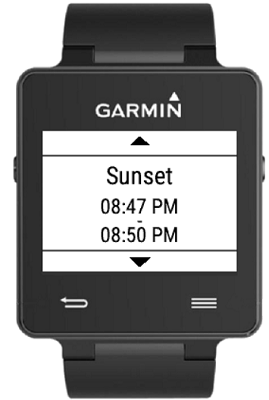 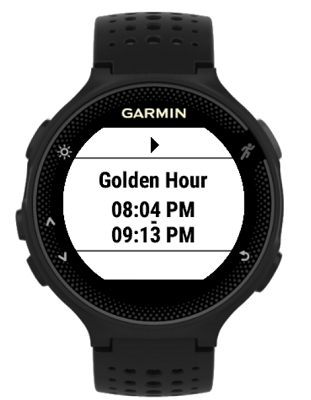 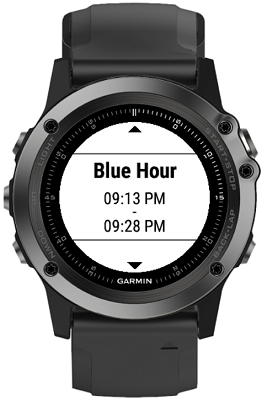 Great. Would be great to see Local Noon added as this is a key nautical observation time.

Excellent day-phase info widget. Just pitty it is not available for newer watches.

Absolutely love this. No frills and very useful

Simple but detailed. All I needed for running at dusk.

I wish this widget would allow the display of both sunrise and sunset on one screen. I hate having to scroll through multiple screens to get this info.

You can disable those, which are not interesting to you.

Really nice widget! I guess that sunrise and sunset are only one moment and also solar noon would be nice to have. Otherwise just perfect!

Very useful for photographers as show blue and golden hours.

There's this bug that instead of morning, it says nautical dawn, but when it goes to afternoon it is just fine.

I'd really like some options for this, I'm only interested in sunrise/set information at a glance, I don't want to cycle through a bunch of screens to get to this, hence a simple widget rather than an app. Thanks :)

Can you also please put an option to make the text sizes larger?

which watch do you use?

Nice App. It would go to Excellent A+ App, if more info was displayed on the same screen ( Golden Hour/Blue Hour ), so that, some people like me, wouldn't have to cycle trough the info like a maniac :D A big Thank you for this really nice Widget !! Fenix 3 user

Seems very reliable on my 920xt. Updated quickly and information matched Yahoo weather. Handy having all the other stuff too