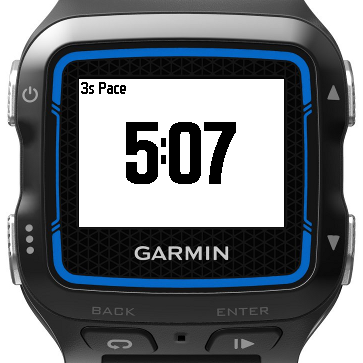 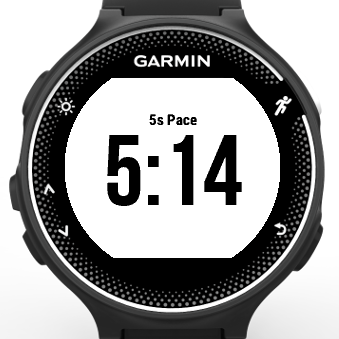 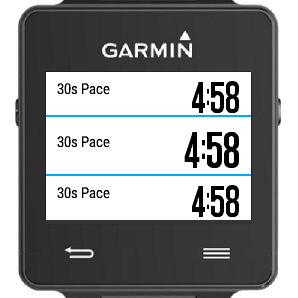 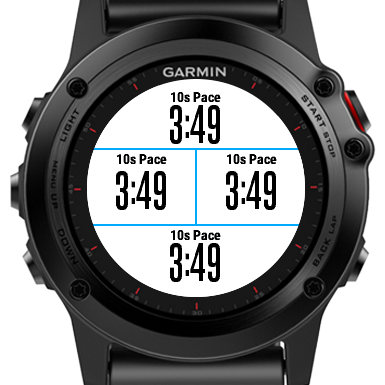 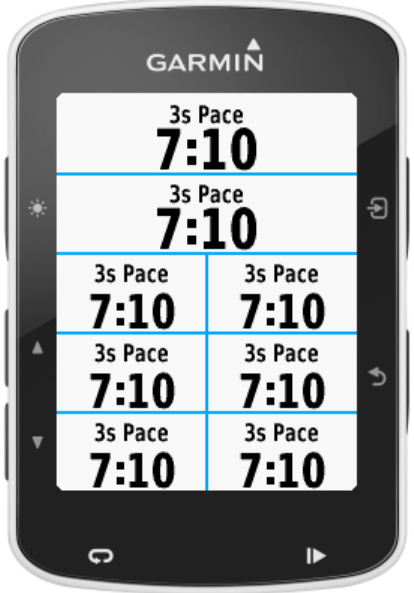 You have to know: the calculation of average pace don't stop when You stop (your training). So, the shown pace is quite wrong when you stop your run/training i.e. at an traffic light. This app is useful for races or training, when you know that you don't press the stop button between start and end of race.

Very easy and simple app. Works quite well! Thanks.

Perfect app ! Does exactly what is needed to present current pace data in a meaningful way! Can adjust if I have a certain type of run planned (intervals would want closer to 5-10sec....Tempo maybe 30sec.....long run maybe 45sec-90sec) I have found 30sec to a be a good compromise in filtering out the 'noise' with my FR235.

Excellent field you can include in any of your favorite gps screens! It should be included by default in any Garmin watch. It gives the moving average pace along a user configurable period of time, recalculating every second, what is much more useful than default lap average. Thanks to the developer.

Works well. The readout is smoother than another similar app I've been using although it still jumps a bit if the Garmin loses the plot (no fault of the developer). The ability to configure it is what sets this app apart; I've got it set to 60 secs for steady runs. It would be great to be able to configure the interval on the watch, maybe Connect iq will allow that in future. A great app and a big thankyou to the developer.

Excellent and light data field; one of the few able to use a a wide smoothing time. Bravo!

Good idea but not ready for prime time (at least with a footpod indoors). Seemed ok at low to mod speeds but every now and then it would go bonkers and be 2-3 min/mi off for a few seconds. Then at higher speeds (relative to me) it was just useless, way off, think 6:00/mi vs 7:30/mi. Since it has to use the same data source, it's obviously is missing some advanced filtering that Garmin incorporates to weed out the errant data spikes.

Fantastic: this is an App that Garmin should have done by default. One question: is the Pace calculated continously (always on the latest period of defined seconds), or does it restart calculating from 0 the Pace, each time the defined seconds are finished? This is a must-to-know. Only few small things are missing (and maybe TeunMo could implement them); I'd need the possibility to set 3 fields, so that I can use this only screen on my FR235 (containing all I really neeed): 1. 3 fields: top with the generalaverage speed of the run, middle with this great data field, lower with distance; 2. black background and white big fonts (as big as possible)

Works as advertised. Nice to have something in between the error prone instant pace and the more commonly used lap pace. Being able to configure it is a nice addition. Too bad CIQ doesn't allow for per instance configuration as it would be nice to have a 3 second and 1 minute average pace at the same time.