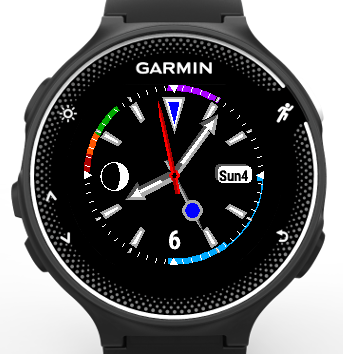 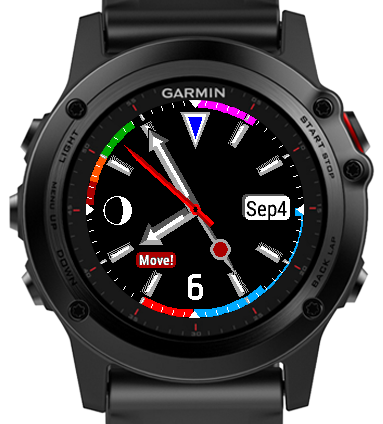 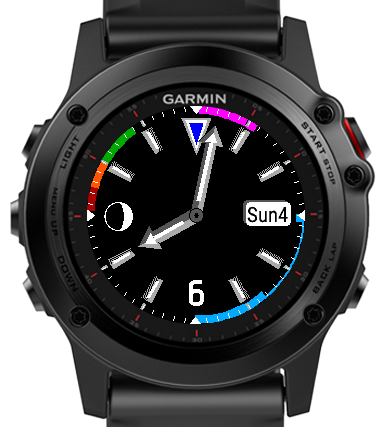 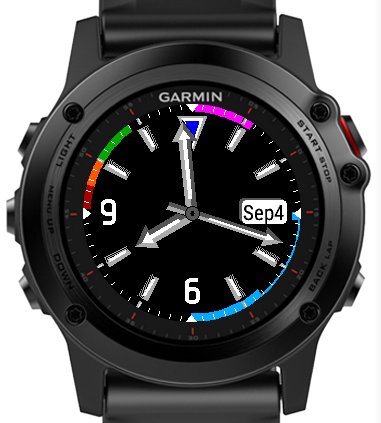 Absolutely the cleanest and best looking watch face. I’m a recent convert from an Apple Watch 5 and am hooked on the Garmin. I haven’t been wow’ed by any of the faces until I found this one. But, can you please add a simple on/off for the Move icon and bar. I’ve been moving all day, working out included. I sit down for a meal and POW! Move bar is back.

Won’t uninstall on my 735XT

Sorry to hear you're having trouble.. If you'd like to get in touch via the Contact Developer link I'll try to help.

Excellent. Clear and easy to read/understand the data you need on main watchface. Enough options to personalise it. Love smart date.

The best watch face ever seen here. My only problem - it doesn't run on the current 5 plus watches.

Best analogue watch face so far. But don't need the notification bar. Could there be a stairs counter instead? Don't need the moon phase indicator either. Could it bee replaced with current heart rate? A toggle of colors when steps goal is reached would be nice. As well as thinner hands to choose. The "Move" bar is also obsolete. Could be replaced with an intensity tracker. Lot's of suggestions. But you did a really great job. Keep on going...

Great suggestions thanks. When I get some more time to work on the watch face I'll have a crack at implementing some of these.

Well Done! Is it possible to get more (other)Hands Needles?

Really perfect face. But may I ask to have the step gauge turn to green when the goal is reached?

Very nice watch face, useful and easy to read. This app needs a on/off switch for the Move function. Do not always want to see the MOVE function and can be annoying. A simple ON/Off switch would be great !.

Very nice, simple and clear watch face. It may look simple, but it is loaded with smart functions. It is also nice to have creators back-up. Mark configured date format for me, as well notification bar for other users. Which takes quite some hassle, I believe. Thanks again, Mark. P.s.: guys, don't forget to donate some $, it is going to Doctors Without Borders. Don't be lazy.

Great update with the notification gauge.

Great design - would love to have a UTC hand also

I would like to have the possibility to change from month and date to day and date. Thank you for a good app.

The best analog display I have seen. Would though like to have some updates, I´ll try to email them...

This is the best watch face for me. Love the nice look with the nice visual display of battery and activity.

Does not work in my fenix3. Do not know why. I downloaded it normally and does not assume the watch face when I sellect it. It assumes when selected, the default digital watch face that comes with the fenix3

This is the analogue equivalent to the digital X-WF. Both excellent, the best analogue face with just the right amount of information