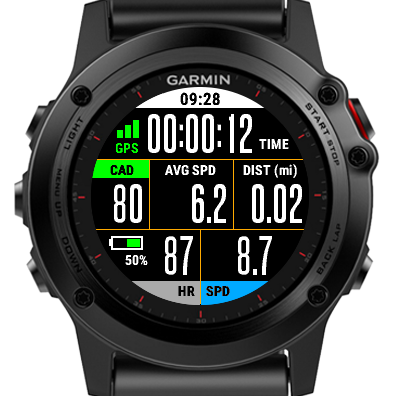 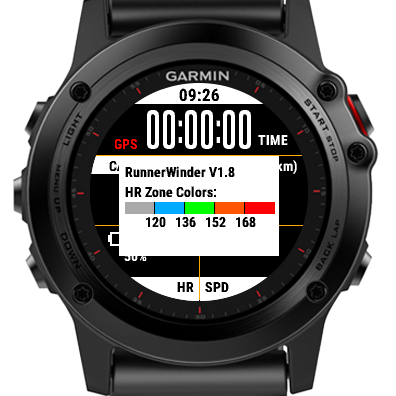 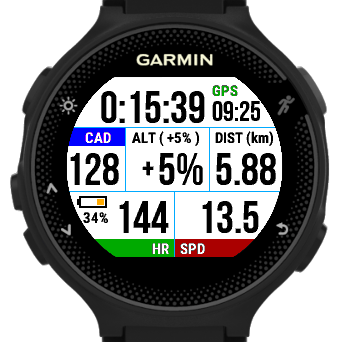 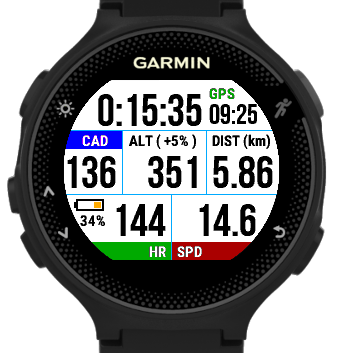 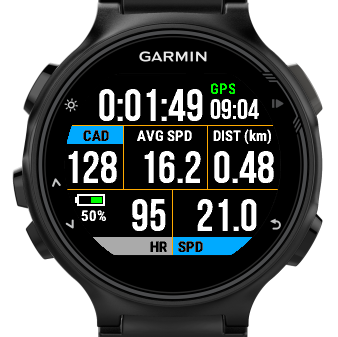 Best datafiled, but is not compatible with Garmin Fenix 6. Pleas update. Thank You

my favourit @ fenix 3. now i upgrade to 5x plus, this datafield is not suported. please upgrade for fenix 5 x plus and fenix 6. maybe add powermeter would be great.

Dear Developer! This is far my favourite datascreen for biking (fenix 3 hr). Since I don't have cadence sensor, I don't use this field. Would it be very hard to make this field customisable, for example: total ascent, temperature? It would be awesome. Best Regards Adam Birtok

Very nice! Thank you! The Bluetooth connection is still possible to display (beside SPD or in place of TIME string)?

Fantastic riding app! Thanks for giving it to us cyclers at no charge. Not a gripe yet!

First I apologize for writing a bad review for Running Window ver 1.6.1., I didn't read the description. It works great and also Rider Window ver 1.6. Thank you for your amazing work.

Best Data Field for bikini. Very nice design and working very well. From the logic I would prefer to arrange as follows: TIME AVG SPD / SPD / DIST HR / CAD and make the color coding of CAD like HR (Color CAD, not the Digits)

Ιt is just what I wanted. Perfect on my fenix 3 with 5.10 firmware.

Great, but not working with beta firmwares with new diplay firmware.

My Cadence and Speed sensor display always disappear when background color change from dark to light.

Great app for the bike. A lot of information at a glance. Maybe a more frequent interval between alt/elev and ave speed because ascent/elevation occurs very frequently while riding.

Hello, great! But can you also compile the new 1.6 version for Bikes? Till now the app settings works only on runners but on on bikers version. Thanks in advance

Love this FREE app for cycling. Easy to read and has everything I need on one screen. I'm using a Fenix 3. I can only get a white background with black letters. No matter what I change, the app will not reverse to black background with white characters. Is this just me? Thanks again for a terrific app

Tested it twice since I have the fenix 3, very convenient !

Overall very nice but when cycling does not always show the exact speed. sometimes it shows less sometimes more. Checked while driving with Garmin Edge 1000 that shows 30 km / h. fenix3 shows in this data field 27 km / h when it switches default data fields from fenix3 shows as well as edge 1000. Please check it out.