The Swimming App Professional currently focuses on open water swimming and shows you key parameters like speed, pace, distance, etc. with high sensitivity GPS. Additionally an ANT+™ compatible sensor for heart rate and temperature monitoring is supported. It is designed as as watch app (and not a data field or widget).</p><p>This version is currently in BETA status and completely FREE without limitations. Everybody who provides constructive feedback will get the PREMIUM Version as present. </p>

Allow user to select which satellites to use (requires CIQ 3.2 or higher) 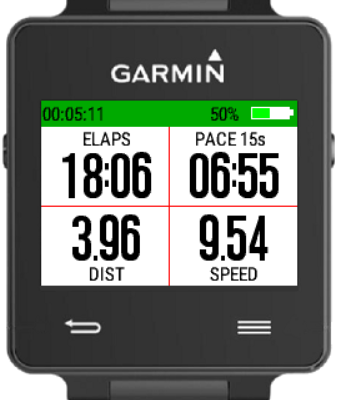 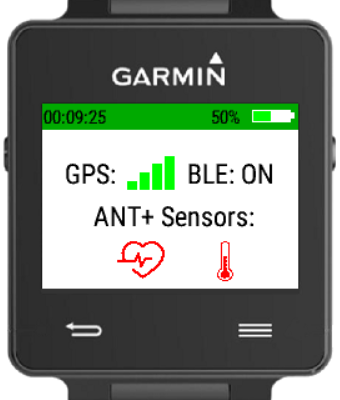 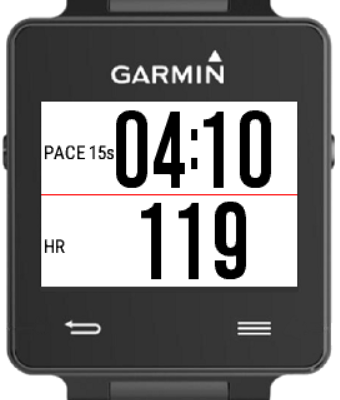 Almost 100% GPS Accurate. Still which it shows a little more info. Thanks for the hard work.

A very good ‘wild swimming’ app with most of the information that you could want. There’a quite a few comments regarding the gps and accuracy. I have found that the tracking drops out or has blind spots which I’m not sure is the app as I had similar problems using the Forerunner 245 Other tracking. This is possibly phone tower related as I swim a similar ocean course every day. The Garmin accuracy seems to adjust and make up for it at the end it just leaves suspicious straight lines on the course where I know I’ve been in and out withe the waves, tides and inability to swim a straight course! As a suggestion perhaps a stroke counter would be a great enhancement

Despite the GPS issues, this is definitely the best available app for me right now for OW swimming with my Vivoactive 3. I have tried other OW swim apps, which were crap, and then moved on to using the Rowing app, as suggested by a couple of people online. The Rowing app is now a close 2nd. The GPS accuracy on this definitely needs improvement. It gets wonky. But I'm not sure it's even possible, as that seems to be the biggest issue in developing OW swim apps.

Love this app..thinking that the distance is way off tho.

Love the updates. Seems to be more accurate but the tracking is still wayward adding about 20% to the distance. I still have issues with the altimeter when swimming as it shows me at 3000m at sea level. Vivoactive HR

Pretty chuffed with this App, which I've been using, most days, for 3 months or so. Great to have such detail

Have been using this app on my gaming vivoactive 4s for a year or so now. It's the best app I could find for ocean swimming and it is free! Love the option to select number of data fields and select which data for each field. It works well, GPS is reasonably accurate, seems to be best with good battery level and when land GPS has been working well. Only minor hitch is that occasionally it will not update distance while swimming, especially if distance since last review is less than 200m but from what I can tell, it updates later most times. Thanks for a great ocean swimming app!!

It’s a really good app, only problem is that the GPS hasn’t been accurate for me at all. I’ve swam with someone with a Suunto watch and the distance said 1200m for them and then 2500m on my watch which is a big difference. The app has potential it just needs changed so the tracking is better.

Really happy with my this app.

Seems to work very well. When the app integrates Garmin overwrites it so just note the distance when complete and update in your Garmin app. The distances appear very consistent with leading open water swimming watches or google maps. Definatley worth downloading if you’re an open water swimming enthusiast.

Have been using this app on my Garmin Vivoactive 4s and enjoying it very much. Simple to use and seems to be reasonably accurate in distance.

I have been using this app for sometime, this is my second review on the app but for firmware v2.4.6. The app has good interface, screen lock during the swim is a great feature. However, the distance measurement is approximately 1.25-1.3 times more than the actual swim. I have tried it multiple times along with a friend who is using Fenix 5 (native open water swimming app), the distance we swim is around 1,250 yard (posted by the authorities) and roughly measured by the Fenix 5 but with RH-Swim I get around 1,900-1,950. In addition the path shown with this app like an EKG/ECG chart (zig-zag) - these sudden jumps is probably related to app not normalizing the swim line and try to fix the position with each GPS reading.

Several feedbacks. 1. The distance calculation is very accurate. But seems Garmin will "recalibrate" it after saving. 2. App crashed during saving. It caused my Fenix6 to restart. After restart, device detected the unsaved workout and try to save it again, but under wrong activity type. E.g, my outdoor swim was saved as Run. 3. Can we make start and pause easier to access? Currently it takes at least two button click. Good if can just click once like the Garmin Outdoor Swim.