Like r.485 on Facebook: facebook.com/garmin.connect.iq/ and get informed about new apps, promotions and updates.</p><p>____</p><p>BEFORE YOU WRITE A REVIEW OR PURCHASE THE PRO VERSION:</p><p>• Please READ the description carefully</p><p>• Consider using the link 'CONTACT DEVELOPER' on this page to give feedback or ask questions</p><p>• Make sure you have the latest version installed on your device. Connect IQ apps are NOT automatically updated!</p> 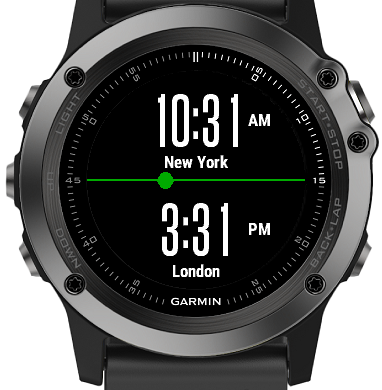 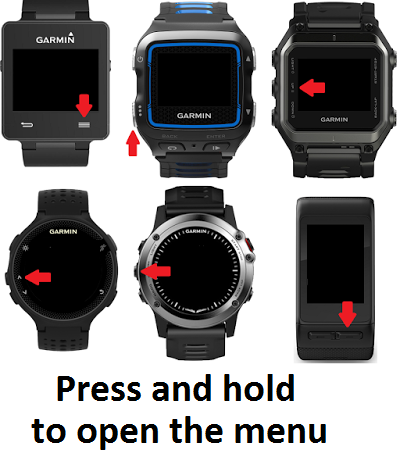 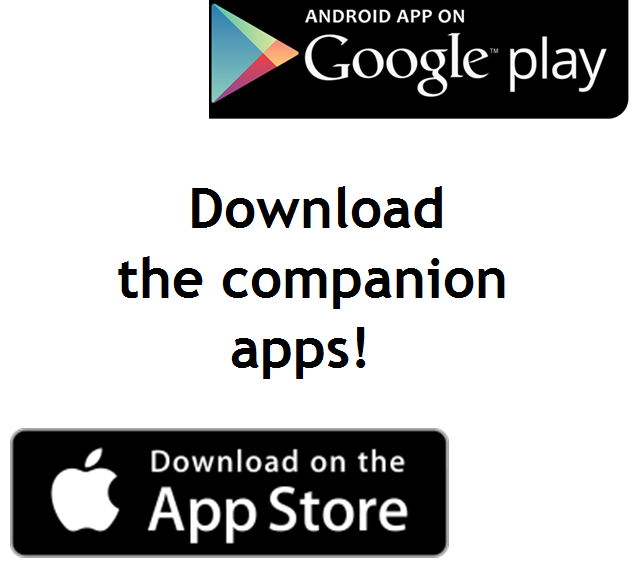 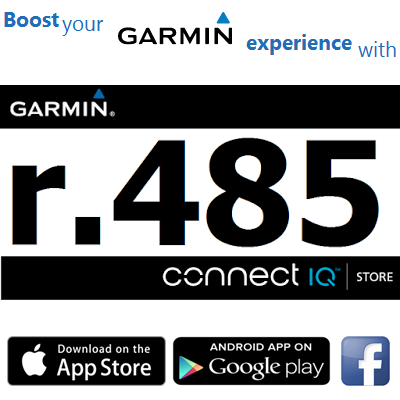 Very pleased with world clock app. I had an issue with entering details and they couldn’t have been more supportive.

Great app. The only thing I would change is allowing the user to change the first clock which is the user's current time. (We get this on every watch face already). This way the widget allows the user to set up 10 time zones instead of the 9 that current exist.

Hi! Thanks for your review. Error 104 means that the Bluetooth connection with your phone is broken. Open the Garmin Connect Mobile app on your phone and certify that the watch is syncing. More technical information about errors: https://developer.garmin.com/downloads/connect-iq/monkey-c/doc/Toybox/Communications.html

It the best app, but I don’t understand if possible or not disable/hide the My Location time on the widget. Because nonsense watch my location time if it available on the device. I have fenix 5. Thank

Hi Marcel! Thanks for your support and feedback. Would you please get in touch with us using the link 'Contact developer' and describe the problem in more details? Kind regards.

A much better app than the rest of the timezone apps in the store (including Garmin's own app) due to the fact that it is not limited to a specific set of locations (which include all of the timezones of course) but it enables you to add any valid location (data is fetched online and not from a closed pre-defined app-internal set). The user interface is great, you can add many locations including your home. Date counter (+/- 1) is relative to the current location - which is as expected The responsiveness from the developer is great. In a matter of one hour a bug that I reported was resolved and a fixed version was uploaded to the store. The app is very much worth its money (if you need a world clock app of course...)

Handy app, easy to use

Hi since several days I have a ERROR 104 in the display - What means this?

Hi. Thanks for your review. It is in the app description: Error 104 means that the connection is not available (developer.garmin.com/downloads/connect-iq/monkey-c/doc/Toybox/Communications.html). Tips from Garmin to address Bluetooth connectivity problems: support.garmin.com/faqSearch/en-US/faq/content/reHBOSC1bt83UTDHqYJZG8

Works perfectly on my Garmin vivoactive HR. Using PRO because of persistant storage of selected position/adress. Support for unlocking was very fast and worked immediately. By touching on the screen, the time on more cities is displayed - nice feature.

Hiya Paid the money but not had response or unlock code/instructions.... any ideas thanks

Hi Mark! You informed a wrong email address on your PayPal message. I’m glad we could figure out the problem together and solve everything later. I hope you’re enjoying the app now. Cheers!

Why sometimes the app crash on my F3Hr? I must to cancel and reinstall....

Hi. Thanks for the feedback. We were not aware of crashes on the Fenix 3 HR. It works fine in the simulator. Would you please contact us using the 'Contact Developer' link on this page? Maybe you can help us to reproduce the problem and find a solution. Kind regards

I purchased this through android (mega pack). Good app but could be better. Could use more city options and/or timezones. This could be great if there is a date included for every item/location; to differentiate whether its the time from the previous date or the current date.

Thanks for the review, for your support, and for the suggestions! I hope we've addressed your requests with the last update. Now you can search ANY location by its address. And we added "+1" and "-1" to indicate if a time is from the next or previous date, respectively. Kind regards

Tested all World Clocks but this is definitely the best. It easy and makes it possible to locate every location on earth by coordinates. This is a awesome app with a high usability. This needs to have 5 stars.

There is no Timezone for the West Coast (USA eg LA, San Francisco, ...).

Thanks for the feedback. It will be added in a next release. The workaround we can offer meanwhile is to use the companion app (currently only available on Android) or enter the coordinates manually. Regards

Hi Dirk: I sent payment, but never received instructions how to activate the Pro version and use it. Please let me know. Thank you.

Fenix 5. Works perfectly. Just what I wanted. Bought the pro version, spot on. Had one question, developer answered straight away. If you need world time, buy this.

This is just a trial app. It will not remember your configuration until you get the pro version. I was looking for something simple but this was not it.

The App is ok if you want to see the time in very well known places and with short name, otherwise, you will be unable to choose place, because city choose option is too small (small digit area, and it is not possible to read all cities digits). I thg-ought it was a limitation of the non pro version, but it is the same with the Pro! The list of available cities is very limited.

Hi! Thanks for your feedback. (1) About to read the options: It's a device's limitation. The "picker" which is currently used is a built-in functionality, created by Garmin. It was designed for choosing numbers with few digits. When we use it for texts, part of it can't be displayed in some devices. The built-in "menu" would be an option as it can show more characters per entry, but there's a limit on the number of entries. Implementing custom solutions is not possible (or at least not very practical or easy), because in most devices the UP and DOWN keys close the widget. (2) About the availability of cities: given the low memory available for widgets, it isn't possible to have a huge list. And, since it isn't really possible read the names because of the above-mentioned limitations, we considered that it wouldn't be a good idea to extend the list of options too much. (3) SOLUTION A: USE THE COORDINATES OF THE PLACE!!! You can easily find the coordinates by clicking on a point on Google Maps. Then enter them as explained in the description. (4) SOLUTION B: if you have an Android smartphone, download the companion app :-)

It is a waste of time configuring it. After choosing the location I want, it displays it in the widget, but when moving to another widget, and coming back, this widget forgets my configuration and shows the default cities. The issue is in Garmin Fenix 5S with software v3.30.

As stated in the description, the input is only saved in the PRO version.

Good App but is it possible to add second on local time. I search widget for my F3HR with second because no second on my watchface. Thx

On Garmin Fenix 5 : Unable to choose place, because city choose option is too small (small digit area, and it is not possible to read all cities digits). Second point : It is not possible to select Bangkok because not appear on city option. We need more city option ! Five stars whand all these two points're going to be correct; thanks !

Thanks for your feedback. However, there are some technical limitations to address the issues you mentioned. There aren't many input methods available for widgets, since the UP and DOWN keys will close it. There is a limit of entries for the usual menu. So the option I had was to use the default "picker", which can't show a lot of characters. Last, but not least, the memory available for widgets is very limited in most devices, such as on the Fenix 3. So we can't have too many cities to choose. The workaround is to enter the coordinates (latitude and longitude). Please understand that Connect IQ is a very new, limited, unstable and "buggy" platform.

Great app but days am when it should be pm.