“Svettigklockan” is Swedish for sweaty watch but "Svettig" it is also the name of a group of Swedish training communities consisting of e.g. svettig.se, jogg.se and cykla.se. This watch face is a simple one displaying the logo of the site group in the background.</p><p></p><p>Apart from the logo this watch face displays, on black background:</p><p>- Time</p><p>- Date </p><p>- Bluetooth status</p><p>- Battery remaining</p> 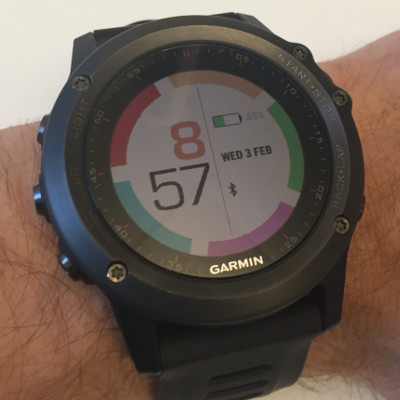 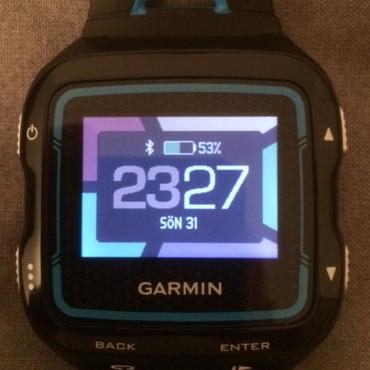 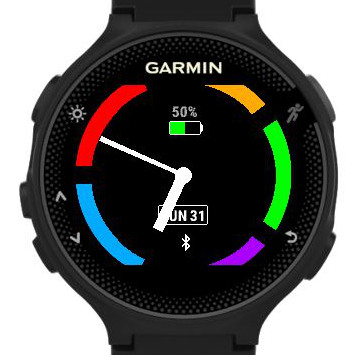 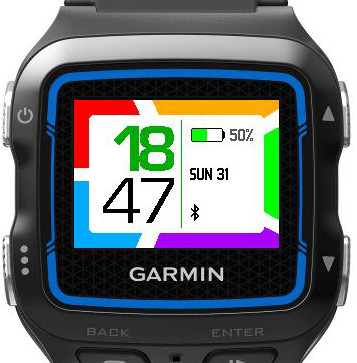 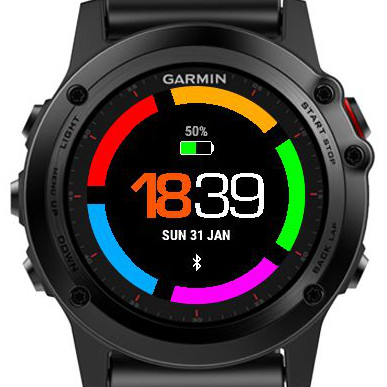 Great watch face, but the vertical display does not align properly on fenix 5...

Thanks. Will look inte this as soon as possible

Good job, looks great on Fenix3. Configurable instantly through mobile with 14 colour hour options as well as those listed in description. Nicely named "Sweaty Clock" . Marvellous. Runs well. Like this.

Wow, I love how bright these colors are. It's rare to find a face where the colors are so vivid. I wish there was more room in the FR 230, so the entire design shows. Otherwise lovely.

Well done! Only thing would be steps

Very nice but can u add in the activity tracking as well pls, for instance STEPS?

I dont know if anyone else has the problem, but my bluetooth indicator stays on the watch face even when I have it turned off in settings. Not a huge deal but other watch face apps show it only when its actually turned on.

Give us a 12 hour option please

Can you PLEASE add in seconds that continuously display AND the month? Otherwise, this watch face looks awesome on my Vivoactive. Thanks in advance!

I wish it had a setting for 12 hour, other than that I love the colors and simplistic design.

One of my favorite. Very well code so no lag, good looking, clear. Would be great to put % of daily step instead of battery %. Keep posting good stuff!