It’s no secret that drinking enough fluid daily has enormous benefits. This app lets you easily log your daily water intake and set reminders, so you can make sure you’re getting all you need to stay hydrated. 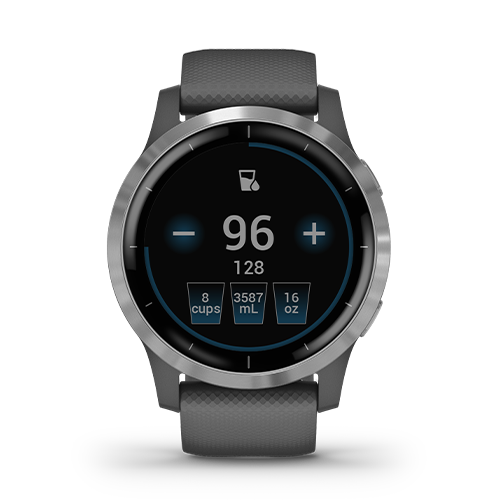 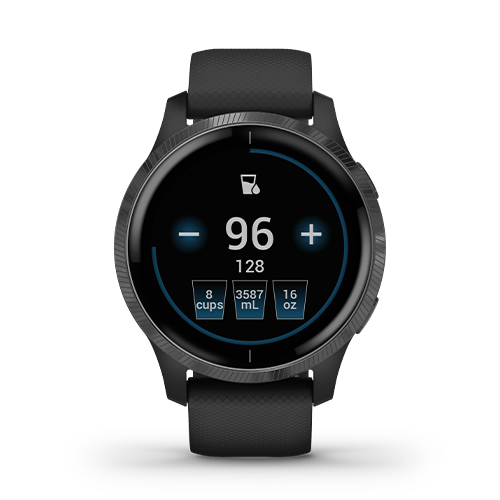 Excellent! It works great in Fenix 6 Pro. This app is much better than the similar app in Samsung Galaxy Watch series.

Works perfectly installed on a Forerunner 245.

New try - app still fails: can't synchronize on my fenix 6 with the connect app on the phone. Also after i setup "ml" the app resets to "cups" With every update it gets worse and never fixes any issues!

Works great on my fenix 6 pro solar. No problems till now. Synchronisation with my phone and the other way works good. The widget is self-explanatory and easy to use.

After a month of using i bare if you add water on the watch doesn’t add water automatically in the garmin connect app water widget. So i lost a month of water dates i singed only on the watch.

Very good. Some statistical data would be useful

Works, but interaction is very slow on Instinct Crossover.

It's not good on venu. Lagging when adding amounts or adds incorrect amounts

It works perfectly fine on my Forerunner 245. It must be a bug somewhere in the other APIs that are causing the problems.

The water logging function works well, but it keeps popping up annoying and distracting alerts during activities.

This widget is temperamental at best. Each time I see there’s an update I think “Oh! Maybe the bugs have been fixed.” NOPE! Very rarely have I had an OK experience with this widget.

it glitches everytime I try to click on the widget and sometimes even go past it. It works, but I have to wait a little bit after clicking bc it takes a while to load up. it might just be my watch (venu sq) but idk

Worked well for about 12 hours, then notifications just stopped and I can’t get them back. Have tried removing and reinstalling but still not working. Garmin needs to sort this as hydration is such an important part of health.

Easy and simple to track water. Can make it cups, ounces, etc.. love it!

Was imperfect since the beginning (sync between app and watch was random at its best). Broken on Vivoactive 3 since last "update".

I don't get it why the poor reviews. For me works almost perfectly. I could personalise the containers in Garmin Connect: 250 ml, 500 ml, 350 ml or whatever size I want. The only bad thing is that it doesn't save in Connect the water registered a day before if you don't sync the watch with the app at the end of each day. You have to add manually in the app the next day for the day before. And another thing, it syncs a little bit slow. But in general, it's fine, it does what should do.

Even after all the updates, data entered on the watch never seems to update on the app.