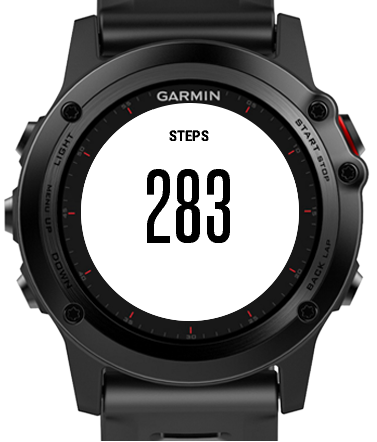 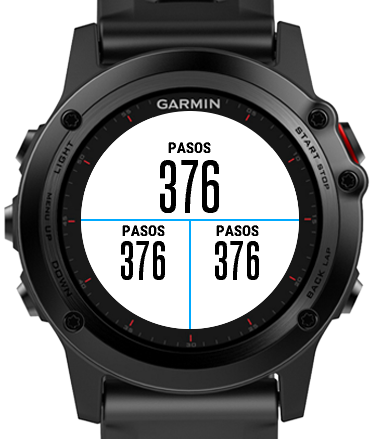 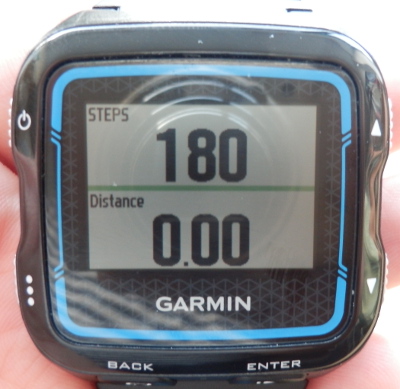 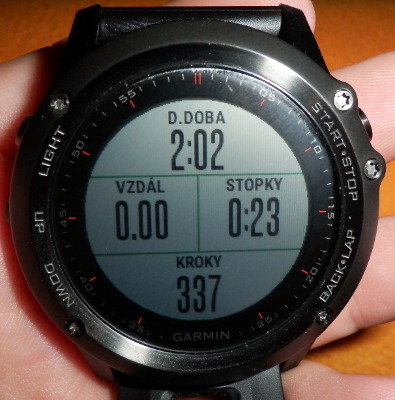 Works perfectly. It show me the steps of the day on my map during activity.

Perfect. Simple. Exactly what I wanted. Thank you.

Unfortunately only the total daily steps, not of the current activity:(

Hello, there is no information about activity steps in the datafield description, so this review and rating have no sense.

Hello, this is a system software problem which I cannot change. It is reported to Garmin for now.

Hi, I released the f6 version few minutes ago

This is exactly what I wanted, thank you very much!

Handy if you would like to see your dailysteps during exercise. However, step count of the exercise (and even distance estimation) would be more valuable information.

Hi, I am thinking about the datafield which will show steps in activity as you describe. I will try to make it.

Great app. for showing your daily steps during a current activity. However, I would like to see the step counter show just the number of steps for the current activity. Surprised this didn't come pre-loaded on the watch as that is a basic data field on fit bit and less expensive fitness trackers.

Hi, I am thinking about the datafield which will show steps in activity as you describe. I will try to make it.

Works great on vivoactive he, thanks for this one!

Hi, thank you for your review. If you are happy with this datafield I am happy too. Have a nice day

Perfect! Does exactly what it promises: allows you to add current step total as a data field. I had been wanting this functionality for hiking/walking workouts and this data field fits my need perfectly. Would be cool to see if goal is met, but not sure if that's possible with Garmin's current firmware and it's not a huge deal since I usually have an idea of how many steps I need anyway. Thanks to the dev for creating and sharing!

Delivers what it promises. Now if there was a way to display current steps, % of goal, and daily mileage (AFAIK not possible now even if there were providers for all of these due to the 2-Connect-IQ-data-field limit on the Fenix 3), that'd be great - what I really want is all 3 of these things in one page for when I'm hiking/running.

Just what I've been looking for since I got my Fenix 3. I was surprised when I loaded an app like hiking or running indoors that the current steps were not shown. This data field fixed that and increased my satisfaction with the watch overall. As a primarily step driven goal setter this is what I wanted to see. I may get to the cadence, pace, and more later when I'm more fit but this is where it begins for the couch potato.

Wish it centered horizontally on epic and it doesn't show more than four digits at a time on epix...when showing two fields on the screen.