*** Vivoactive users, the crash on startup is fixed. Apologies for the inconvenience! ***</p><p></p><p>This is a version of my widget (here: https://apps.garmin.com/en-GB/apps/ea97fdfa-0339-464e-a665-d4dfcbc9a4d2) which has been ported to run as an app. Should be useful for vivoactive users who find the 10 second widget timeout annoying, or just anyone who wants to run this for a long time.</p><p></p> 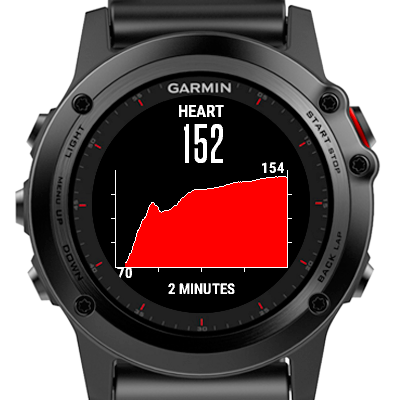 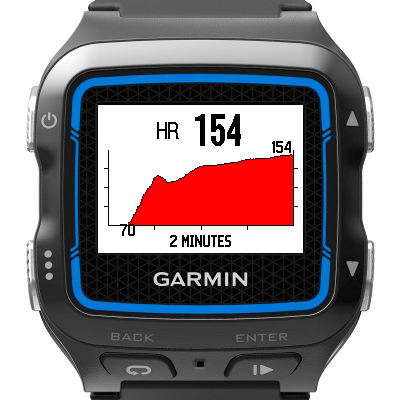 Simple and effective way to keep your heart rate on the screen. Great app.

Want that for Fenix 5 as well.

Want that for Fenix 5 as well.

What's the best application to download to get your normal heart up , wanna see what my resting heart rate is and check it at various times of the day

Works great, would love a way to save chart information though.

Thank you BabySimon works like a dream. Thank you also for the time and effort you must have put in creating this app or free.

Great app. Works perfect on the 920xt. Finally an app to view your HR without starting an activity.

Does was it needs to do! Great work!

Great app but when we leave the screen it stops recording. As a widget it doesnt make sense because of the time out.

Downloaded widget. It will only show current hear trate, no graph as depicted in the picture. I tried contacting the developer and no response after 24 hours, have waited to see if the widget would start working - again over 24 hours. Unable to post on Garmin forums for some reason. Out of time to waste on this one.

Looked okay at first, but definitely needs improvements. Trying to monitor HR during sleep. The number on the screen are so small they are not readable. Especially not when you would normally use glasses. Unfortunately enough there is also no possibility to save recorded data. I like the different timing options, but monitoring 8 hours on such small screen is no good. What you would like to see is, let's say a visible span of XX-minutes and the option to scroll through the recorded hours.

it does not work

I loved this little app - it enabled me to monitor my HR independently of starting another app. However, it has just stopped working. After a restart it worked, but on closing the app and starting another time it does nothing again. I cannot keep rebooting the F3 everytime I want to read my HR. It does not seem to pick up the HRM which I know is functioning as other apps show it. PS Went to the forum but seems to be for the widget - this is an app?

Works only after restart watch

No longer works since update.

I would like this app better if it would calculate how many calories I burned for getting my heart rate up and also record to vivoactive and make the exercise count as my activity.

Not working anymore after updated to 6:80. Thanks !

I downloaded it - but cannot find it. Anyone help? ThAnk you