A simple, no setup Tabata timer. The application automatically records and saves the activity with HR info.</p><p></p><p>Tabata training is one of the most popular forms of high-intensity interval training (HIIT). It consists of eight rounds of ultra-high-intensity exercises in a specific 20-seconds-on, 10-seconds-off interval.</p><p></p><p>For a more customizable version of this application, see my other app: Fitness Timer</p> 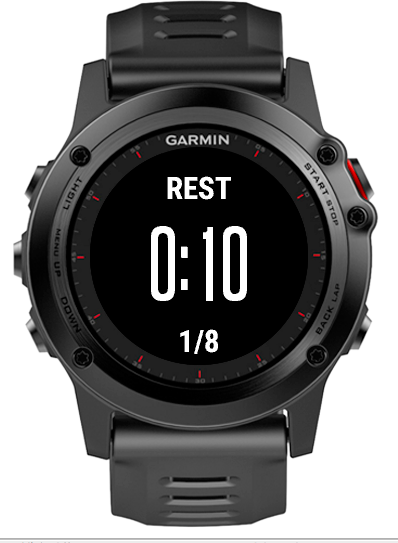 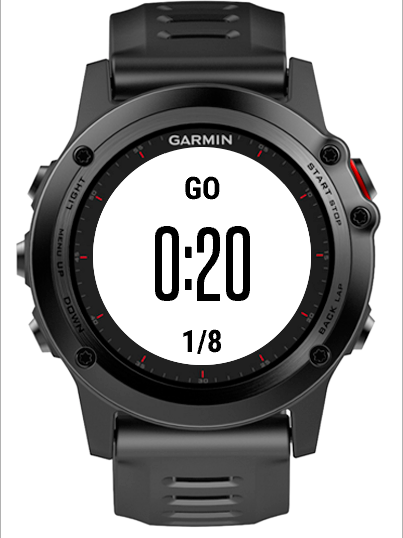 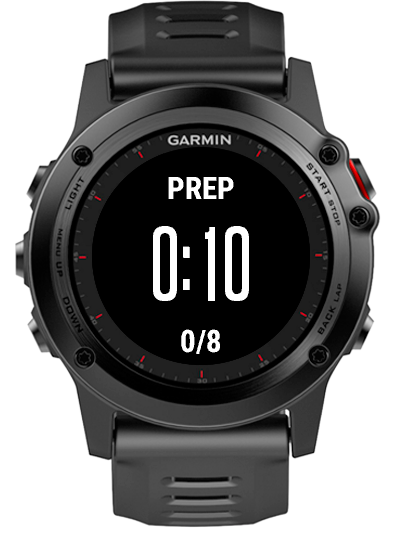 Thank you. Great app! Although, I wish I could set a number of rounds (Tabatas) while starting the application. In this case I would have one training in history (garmin connect). Now I have couple of entries instead of one with all data within.

Really good but it could be great with a few dev tweaks. I like that it's already auto-set to the true Tabata times: 20 seconds work, 10 seconds rest, for 8 sets. Like others commented, a pause feature would be amazing. It's really frustrating when life happens in the middle of my Tabata and I can't pause it, just restart or let it continue. Also a long-press button feature that would allow adjusting multiple sets with set rest time in between would be really nice as well. Thanks

It seems to be cool, I love tabata so I miss own customising as change seconds, also can't see my hr during the exercise, cannot pause tabata, only possible to quit. Would you add these changes?

This app is based on simplicity, so it doesn't display information like HR by design. Regarding the pausing feature - I likely won't be adding it. Otherwise, I'd be too tempted to use it myself haha

I used this App for my HIIT training on my Fenix 3, just upgraded my watch to Forerunner 945 and found it is not in the list, please add 945

It was working fine for couple of times..and suddenly now i cannot find it on my garmin watch

Great app, but PLEASE make your Fitness Timer compatible with Vivoactive 3 Music! The limited functionality of this app in comparison is frustrating.

Great and simple app! I use it daily for my training!

Does exactly what it says on the tin. Simple and fuss free. I wish more apps were of this style.

Great app! Simple and easy to use, just as a Tabata timer should be. I do agree that seeing HR in the timer screen would be nice but I can’t be too picky with an already awesome, free app!

I'll give it four stars for the simplicity and ease of use. I believe it could easily be a five star app if it had the small amount of customization of how many sets. It has 8 rounds per set, but if you could add how many sets of the 8 with maybe a minute cool down between it would be nice. It's just a bit clunky to ads each 4 minute exercise to my Garmin Connect separately, especially if I'm doing quite a few. Keep up the good work.

Thanks for the feedback! I'm glad you're enjoying the app. For a customizable version, please take a look at the FitnessTimer, maybe you'll like that one better. Cheers!

Simple and good. Only minor thing I miss, is heart rate visualized during training.

just in time when I'm going for my Tabata regiment, great stuff!

Just what I was looking for! Thanks!

It would be nice if the app logged my GPS data as running data. And my steps aswell. Also it would be great if the splits was parted up in the sprint/rest intervals

Dear developers， I appreciate your development. It is a great app for vivoactive hr watch. And should I sugguest that you can add the functions for users to tailor make the time of doing exerices，resting，preparation and intervels. For example，my habit is 30s for exercises and 13s for rest and doing 15 internals for 3 rounds. I hope that we can see more functions in the next update. Thanks for your effort. We all like you. Cheers Henry

Hi Henry, thank you for your review. I'm glad you're enjoying the app. This particular application was intended to be simple, but I just released a more customizable version of this app. It's called Fitness Timer and allows you to modify the parameters. Take a look! Have fun training ;)

Simple and helpful. All you need :-)

This is a very nice app. However it could be nice to be able to see the heart rate data

Hi! Thanks for the review. If your device has a heart rate monitor or you have a chest strap, then HR data is recorded in the activity. Let me know if you still have problems.

Easy to use Tabata app! Start and go, and follow the buzz/sound prompts. No need to look at the watch during the workout,