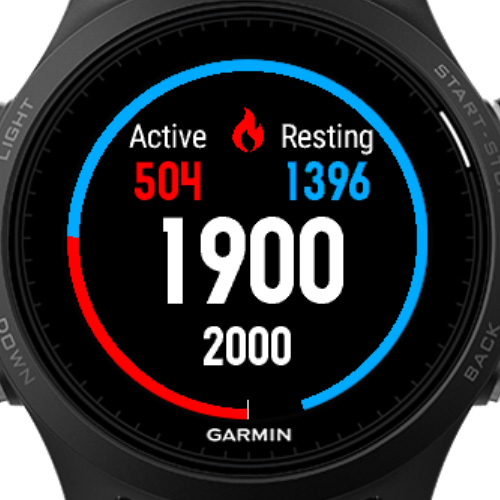 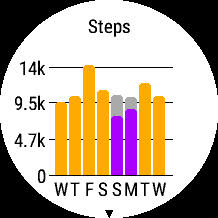 A great way to reduce the number of widgets I used to have to scroll through.

A simple and elegant solution to not having to scroll through many widgets. Great work.

Awesome. A much needed widget!

Everything you need to know in one app. Great widget! It’s the app that garmin should have built and installed on their watch platforms. Keep up the great work!

Cannot seem to open this on my garmin approach s60

LOL, I have never released the widget for this watch. This is part of Garmins automatic update process: new watches are supported "automatically" which you can see on the "-upd" string in the version. Saying this, I tried your watch in my simulator and found out at once that your watch doesn't support floors, which indicates that you haven't got a barometer. After a quick internet search I found out that it has indeed a barometer. Nevertheless, the simulator doesn't start either wiith the hint that floors are not supported. Maybe it's a bug in the firmware. I have to find out. As you can see, it costs me time to maintain the software although I haven't got such a device.BTW: it's also possible to leave me a message via the contact dev button instead of leaving a negative review. Thanks for sharing

Great widget to reduce the need to push buttons to scroll individual pace/floores/... widgets. You can still access them if you feel required. (tested on F5s)

Very good overview! Will give it a 5-star review when I can see % or pie or minutes of both DAILY and WEEKLY intensity minutes goal on the main page instead of weekly goal. I’d love to be able to check off daily intensity minutes achieved. Thank you developer, hope you will take this wish into consideration.

Implemented! Check it out.

Just got my Garmin Fenix 5X a week ago and find this widget ideal and very convenient for tracking the key parameters of my daily fitness programmes. Steps, floors climbed, intensity and calories at a glance - just what I need to get me active and reward me with four green ticks when I hit all my targets.

The app itself isn't bad, but I made a donation to get the premium features and haven't had the PIN in 10 days. Reminder email sent via the contact developer button but still ignored.

I sent you the pin at the very same day you did the donation. I also send you the email again on your reminder email. Please check your spam folder. Any maybe you want to consider to make a new and better review.

All summary infos I need!!!