Simple battery meter widget that displays a graphic battery meter and text representation.</p><p></p><p>Please report any problems or requests in the forum (https://forums.garmin.com/showthread.php?245037-Widget-Battery-Meter).</p><p></p><p>INSTRUCTIONS:</p><p></p><p>Fenix/D2/920XT/Epix/FR230/FR235/FR735: Change the color scheme by selecting "Start/Enter" button.</p><p>Vivoactive/Epix/FR630: Change the color scheme by tapping the screen. </p> 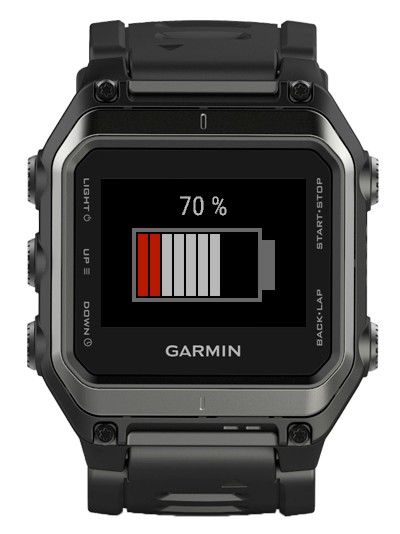 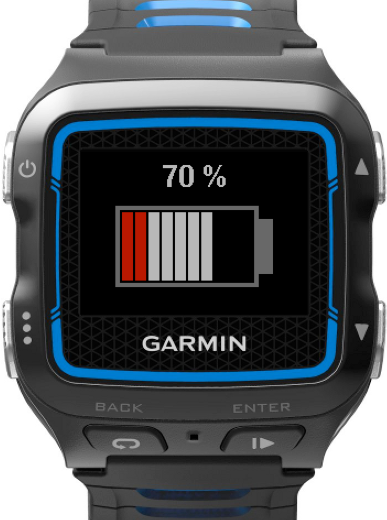 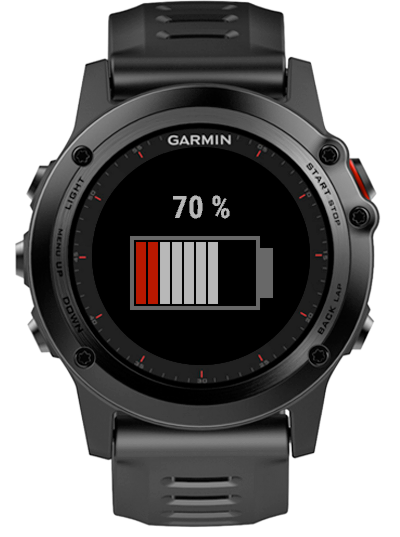 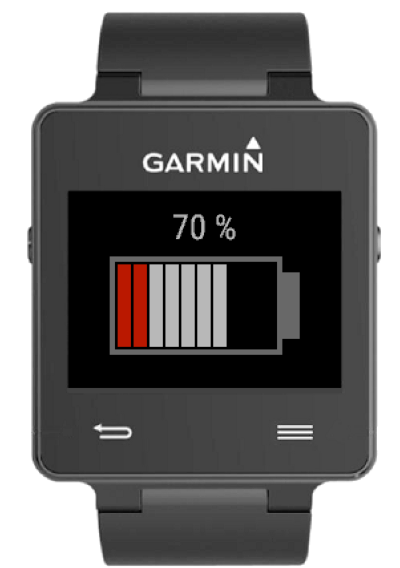 Great app as I can't run in my Varifocals - so a massive battery tells me all I need... press the start button to change the colours of the battery black white of multi coloured

Great option to display battery % since it is not possible on main screen (Forerunner 235). Thanks!

Perfect widget and exactly what I was looking for!

Great app for my Fenix 5 so easy to access

I installed on my iPhone and synced with my Oregon 750which should have installed it in Garmin Connect, I cannot see the battery info of my unit anywhere!

On the Garmin 235 it shows 98% when it is fully charged, can you fix that problem?

Very nice, like the various color schemes. Just a question, does it use the same battery curve as the battery show on the default watch-face - I've noticed that on my forerunner 235 it shows 98% when fully charged? Maybe this is because of the climbed charge?

Works very well. Simple and easy to use. Like the three different color configurations in case you get bored:)

Love this app! It's simple and straightforward - tells you both numerically and graphically how much life you have in the watch.

Really great...fired up without a problem & so easy to find...appreciated!

i am using the 920xt. What is the exactly step to make it happen?? I downloaded and installed it. but I cannot find the "color scheme" Can someone show where it is please

Great idea when the fitness band Face/Screen is showing the Standard Battery Meter icons Too Small 2 be able 2 be seen by most people like on my Garmin Vivoactive HR GPS Smart Watch face & this Application (App) makes it Much Easier 2 Be Seen by Most individuals on those Watch/Fitness Screen Faces that make things Harder 2 Be Seen. So Unless your Eyes are Super Great 20/20 plus or U have Eyes of a Superhero this App is Highly Advised 2 B installed on your Garmin Activity Fitness Band much like my Garmin Vivoactive HR GPS Smart Watch..

Love that you give an actual percentage number so that I don't have to go all through the menus to find it. Thank you!