Simple Watchface with large time and date.</p><p>If you like the app, and want to buy me a cold drink, you can do so by way of https://www.paypal.me/jimm58</p><p>App-settings allow for custom colors and other things.</p><p>12/24 hr display, icons for Bluetooth, alarms, notifications and battery.

0.19 - "seconds all the time" back on Approach S60 and vivoactive3.</p><p>0.21 - setting for turning off seconds, as a new date format where is just the day and not the month (you much use settings to change it back to day-month if you used that before.)</p><p> 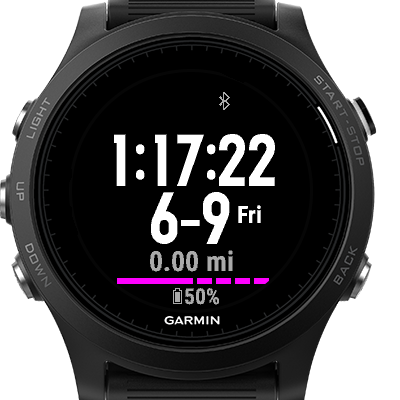 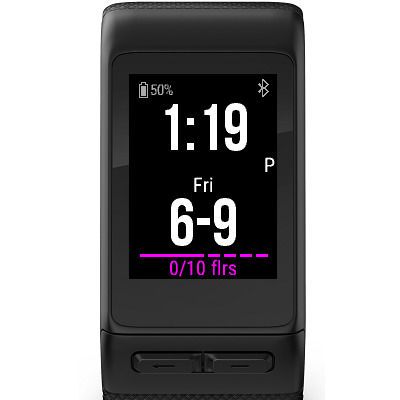 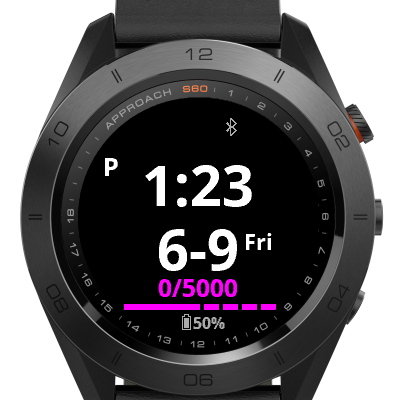 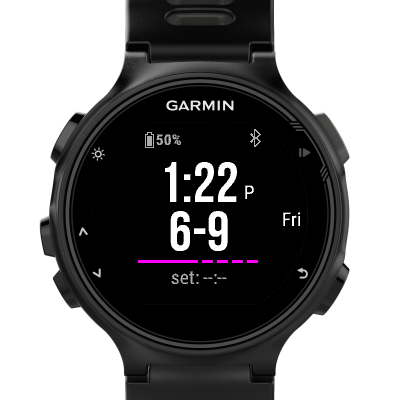 This watch face is for me the best that I tested. Just one remark: Date have a too much large font. In my opinion it should be smaller than the time. If size could be user configurable would be great.

So far so good. Just one question what is UTC

UTC=Universal Coordinated Time. It's what used to be called Greenwich Mean Time.

Hello! How do you synchronize sunrise and sunset?

Using the location (lat,lon) and date, it's calculated in the code.

On fenix 5X it resets to default layout after syncing with connect.

There's something odd going on with settings for watch faces on the f5x in general. I understand Garmin is looking into it. It's not happening all the time, as I've not lost the settings on my f5x in a couple days. Please use Contract developer and include the type of phone you have (iOS/Android), your current FW, etc.

Great watch face. My eyes need large digits. I can easily read the time and more importantly the date as well.

Using this watch face for a couple of weeks. Love it!! Easy to read in low light.

Simple, clean, and easy to read. This should be the default that comes with the watch. The built-in faces are hard to read and use color very oddly. This is much better.

Absolutely brilliant, exactly how i wanted the watch to be out of the box

I love this watch face. It makes the screen on the Vivoactive much easier to read in low light.

This watch-face is a godsend for me. It makes the time and date big enough that I can read them both without glasses. The developer was extremely helpful in running down some troubleshooting problems as well!

I love this One!