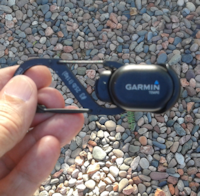 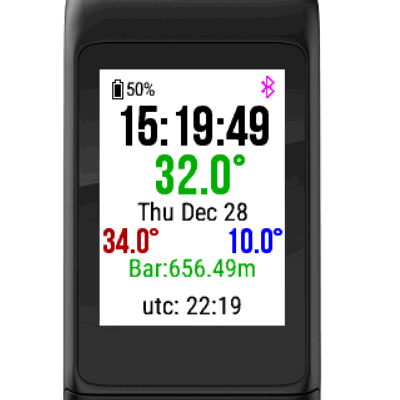 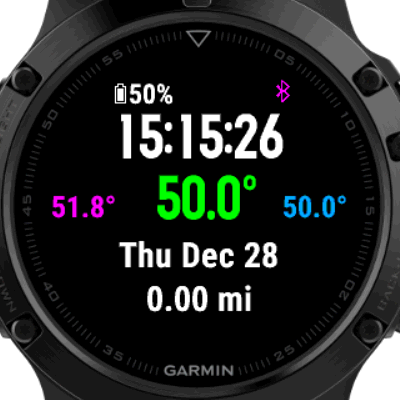 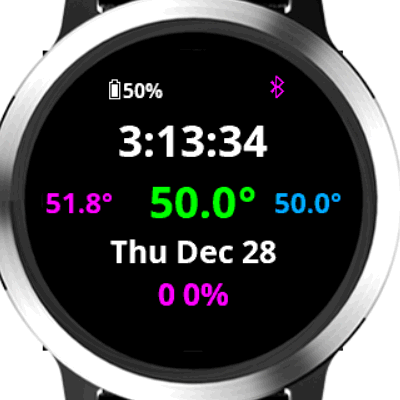 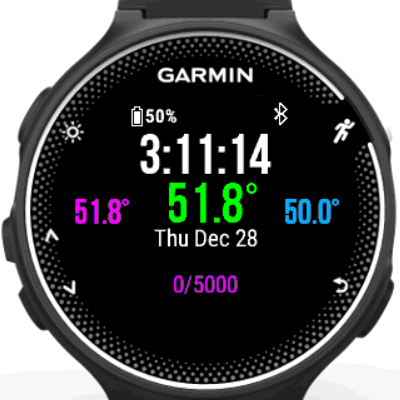 Works great, I use it to measure the temperature in my garden with the Tempe.

Battery drain issue 0.29.1. consumed 40% of my 6x battery overnight (10hrs). Used to keep it on at night while hiking on my previous fenix 5 with not much battery drain. How to reduce the drain on 6x?

It's not a watch face and doesn't have the battery saving that's possible with watch faces. Plus it's doing the comm for the Tempe, so this is expected.

Excellent App for quick and easy access to my tempe from my vivoactive 4!

The best way to see your Tempe sensor data live along with info of your choice. Excellent, great work by the developer

works like a charm on my vívoactive 3! Thank you so much for this app since Garmin falls short in providing a dedicated read-out app for the Tempe.

It's a app and not a widget. On a 235, as you go through the activities, you'll see "IQ Apps" and when you select that, you'll see Time and Tempe.

Installed on VivoActive 3. Works as advertised. A terrific App that not only shows the temperature from my Tempe sensor but also displays the time, date, battery life, and other useful data. Nicely done!

Temperature is not displayed whether it does not correspond to ForeAthlete 935. I want you to correspond to ANT+ heart rate transfer.

Please use contact, as I'm not sure what is happening. Are you saying the Tempe isn;t connecting?

Nice application, But I downloaded it mainly for Tempe reading and it doesnt work at all with Vivoactive 3. Is it really compatible with that device?

There is FW bug on the va3 that the Tempe isn't working with any Connect IQ apps. I reported it a while back, and hope that it's fixed in the next version of the FW (2.60 still has the bug)

What a great idea. Tempe broadcasts only every minute and widgets tends to switch back to the watchface after a certain time. So it may be that the widget misses a broadcast and doesn't show anything. The app is the solution for that problem. Thanks again for another wonderful app.

This is a simple but great app, I'm finding more ways to use my tempe with it! My pet peeve is the use of just 'P' rather than 'PM' in 12-hour time, but you can't remove stars for that!

Actually, the reason for "P" and not "PM", is I draw it with a "Number" font - which has "A" and "P" but not "M"! (Number fonts have a very limited set of characters across all watch types)

Works fine with my Vivoactive HR. As a widget would be perfect.

Seems to work fine, but not obvious how to change from F to C?