The Elegance watch face is characterized by a classic, uncluttered aesthetic.</p><p>Carefully crafted analog date and battery indicators are prominently featured, along with cleanly designed calorie burn, step count, date, and Bluetooth status indicators.</p><p>Please configure your watch face via Garmin Connect Mobile or Garmin Express. Here is how to do it: https://apps.garmin.com/settingsHelp.</p> 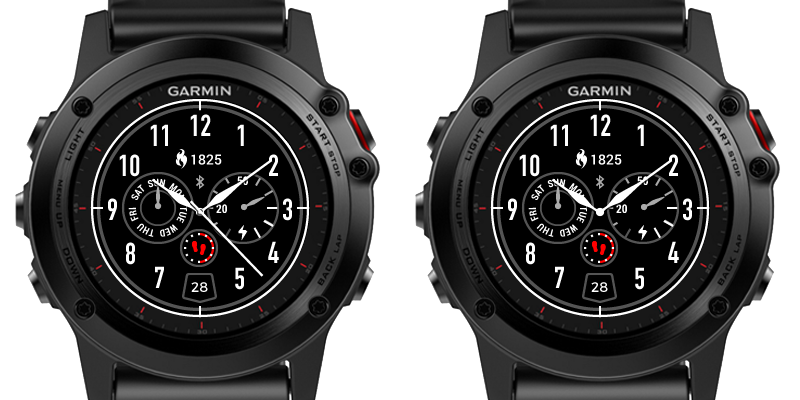 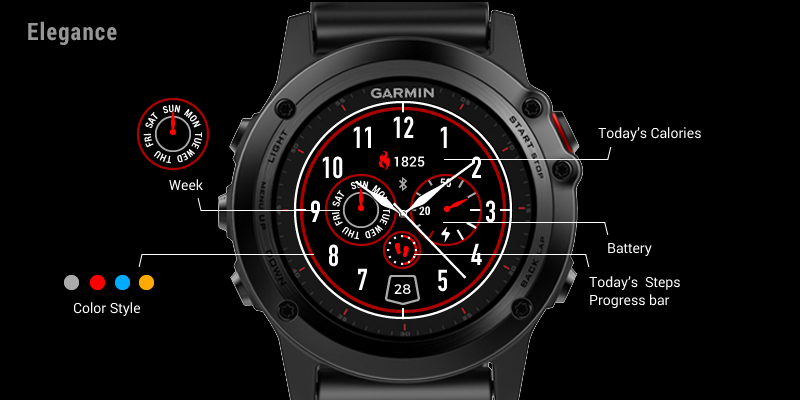 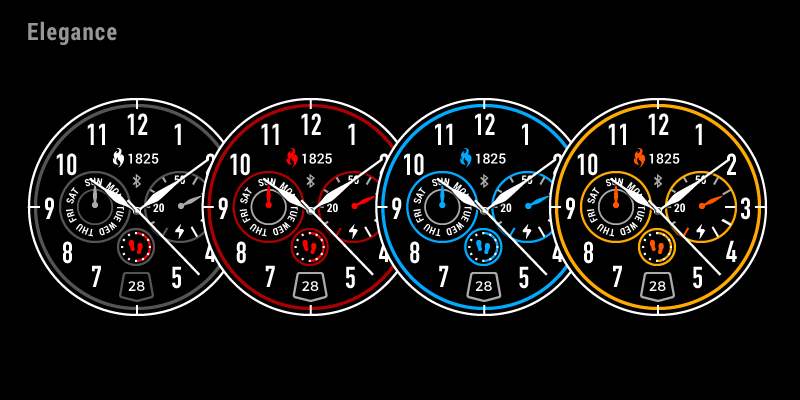 This is just " OK " there is no second hand and the colors are just bla ,

I downloaded it because I thought we could change the color. No color change and no HR on my fenix 3 HR!

After using this face for while it's just ok. It looks great, but other than the time and date the other data doesn't seem to be very accurate especially the battery % indicator.

No HR on my Fenix 3HR (?!?!?!), secinds hand randomly disappears. I expect more from Garmin.

No HR and no color.

Awful. The hands are blobby & the resolution on the numbers is poor . Looks nothing like the pictures and looks like it was built by an amateur rather than a slick company like Garmin. Much less impressive than the stock Garmin analogue watch faces. "Elegance" is the wrong name for this watch face....

Looks decent. The resolution of the clock hands are not as good as pictured, nor as crisp as the stock analog hands on the Fénix 3. Overall, it seems a lot more cluttered than pictured. The second hand only shows up now and then and is usually missing.

Honestly, I'm not impressed with any of the analog options so far. This is the best I've seen, but there's no way to edit what's on there and for some reason the seconds hand decides to switch on and off whenever it likes. I understand that it may have been the idea for the seconds hand to switch off when not in use and switch on when the wrist is turned (user looks at watch) but that's not the case. It's completely random. This is definitely one of the better ones, but it would be nice if those glitches could be improved.

Explanation of things would be nice.