Never lose your car in the parking lot again with Find My Car from Garmin! After parking, start the app to save your vehicle’s location, set an optional expiration time, and continue on with your day. When it’s time to leave, the app will guide you back to your car.</p><p></p><p></p><p>Features:</p><p>- Directs you to your parked vehicle with a simple-to-follow directional arrow</p><p>- Tells the distance to your vehicle from your current location</p> 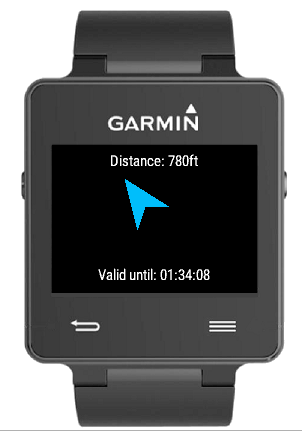 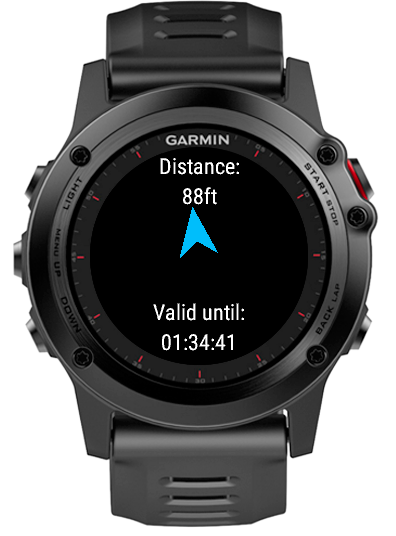 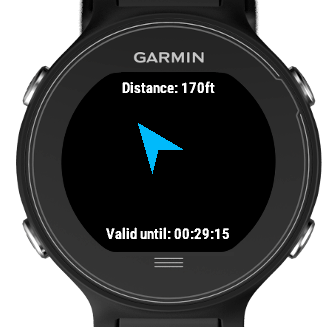 It works fine on my FR230. The saved location is not extremely precise, likely because of the way the app is used, saving the location as soon as the satellites are found. To reset the saved location in the app hold the UP button until the menu appears. Not giving five star because the distance don’t use the unit of measure from the device settings but only imperial units.

Had to factory reset my Fenix 3 after installing this, the clock was also out by 1 hour 20 minutes despite automatic mode. Very strange.

Does not work on Fenix 3. Told me my car was 210 miles away when it was next to me

It worked the first few times but I cannot reset the last location as many have mentioned. I did set the timer which could have something to do with the bug.

same problem as everyone else. I cannot reset the location on fenix 3.

It has problem to find the satelites

It use to work ok. Like others have said, one can no longer mark your current location. So, it's basically useless now.

To find this app on forerunner 235 you start at your clock home screen, press the start button, then press the up button until you see APPS, hit the start button again and that's where you'll find it. I'm only giving 3 stars because every time I've used it the saved location is like 30 to 40 feet away from where my car actually is.

No option to reset it on the Fenix 3 and no indication that the author gives two hoots as he has not responded to any of the reviews asking how to reset it. This could have been a really good and useful app if it was able to be reset each time you park. Instead of five stars it gets one and has been removed from my watch. As it currently is, don't waste your time if you have a Fenix 3.

I've got a FR 235. Works fine but I'm not able to reset location. Where to find it?: Do like this: On my 235 I got some different categories like Running Outdoor, Running Indoor, Cycling and so on. I also got a categorie called Apps. Enter Apps categorie and you will find it in there, just like ie. DwMap. When I'm able to reset location I will upgrade the rating.

Great app. Works as it says. No problems so far. (vivoactive)

How do you reset the app once you've got back to the car???

I can see it in "APPS" on my D2 Bravo but unable to get it to work? am I missing something?

I have installed the app, but i don't find it on my Forerunner 235

How do you reset for the fenix3 ??

I have installed the app, but i don't find it on my Forerunner 235

Please, send instructions for working on the fenix 3.

Agree with not even being able to find it

New to this. Don't even know how to find the app in my new Forerunner 235

to reset location on 920, start FMC and press the : (left lower button)

I can't reset to insert a new position... What I have to do?.. This app turns useless.