Once you have ordered your Uber ride, leave your phone in your pocket and keep track of your Uber ETA directly from your wrist. No more going back and forth to your phone to see the status of the ride or key information about your driver. Keep doing whatever you need to do while keeping track of your ride on your wrist. Uber ETA by Garmin provides an ETA for your ride to pick you up, then an ETA to your destination once you are enroute. </p> 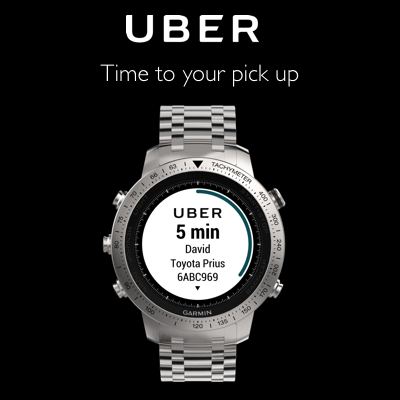 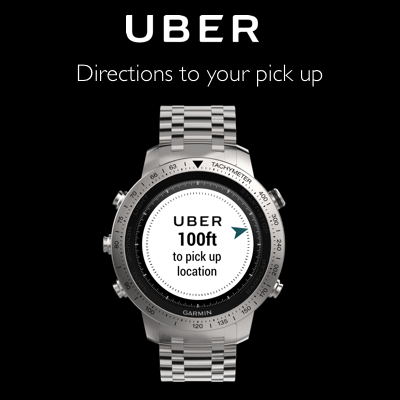 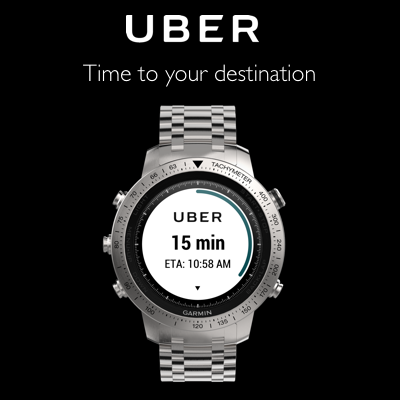 Unable to use app, fails authentication. "There was a problem getting you signed in." This is all that I get when trying to sign in on a new installation of this app on my Venu, when using either my phone number of email address to authenticate. The other option is to use Facebook to authenticate, but I don't use Facebook for my Uber authentication, so not an option for me. The only other variable is to opt-in or opt-out for this process when first prompted to authenticate, and I opt-in every time. Note, I have rebooted both the Venu and the phone, still the same issue.

It works as advertised. I'm not a robot issue solved!

Unable to authenticate. I believe the box "I am not a robot" doesn't show up on the authentication screen and it fails.

At some moment stopped syncing with phone.

I must parrot the comments of others. This WAS a useful APP, now it simply takes up digital space and does nothing. Please repair.

Latest update is trash. Used to work on my S60. Now it locks up watch with screen that says continue on device and does nothing

Works randomly. It makes the face watches disapear ans you need to reset the watch for return to normal.

Fixed in this latest version for me.

same as everyone else broken.

Same as other owners. Got the Garmin IQ app exclamation icon. No longer seems to work. Was really great when it worked!

Looks like the App is not working anymore. I’m having the same issue as the others...I hope that they fix it. The app is very good!

Used to work, now getting the connect IQ icon with an exclaimation point like the others here. Was a great app, hope they fix it!

It doesn’t work on my Fenix 5 X Plus, now. In the beginning, 2-3 months ago when I installed the app for the first time it was working, but now is not working any more. Could somebody fix it?

It was working fine, but one day stopped working on my vivoactive 3. If im not on a trip, it say that that im not on a trip. when Im on the trip get the IQ logo with a !

Does not work at all with my Fénix 6 Pro. After a while the IQ logo with an exclamation mark comes out

Doesn't work at all on my Fenix 5x plus. After I log in, an IQ error graphic appears on the watch, then my phone acts as if I never tried to set up Uber ETA. Will someone be fixing this?