Grunge look!</p><p></p><p>Unlock the extra options for just $0,99US: https://connectiq-devs-store.com/products/grunge-x</p><p></p><p>Also available as part of the Grunge Bundle: https://connectiq-devs-store.com/products/grunge-bundle</p><p></p><p>The activation code will be immediately accessible on the checkout page. You will also receive the activation code typically in less than 5 mins (*Please verify your spam folder).</p> 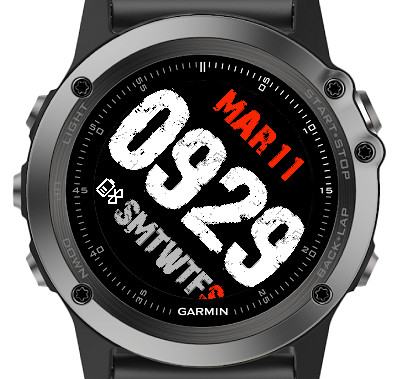 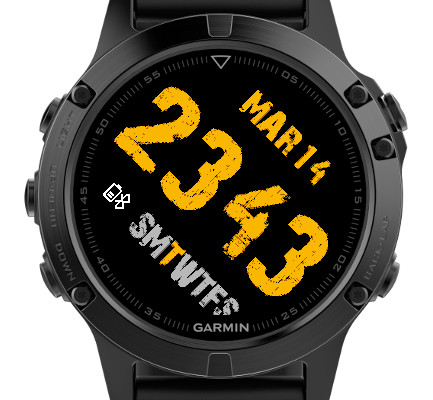 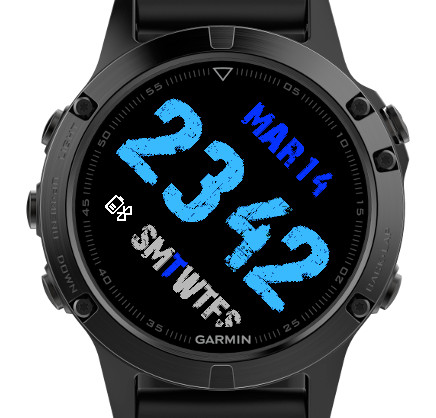 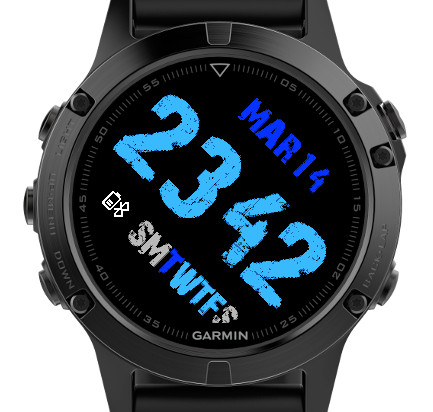 Need the option to have a notification icon. Move the days over some. On a vivoactive 3, the last day is cut in half. Also to have the days follow what we have set for the first day of the week.

Nice, wish the weekdays weren't so far over cutting off the Saturday. Wish battery and Bluetooth icons were optional.

I would pay if I could change Monday to first day of the week or replace SMTWTFS by just the name of the day like Grunge.

A great watch face, perfect in my Fenix 5s

Excellent App my friends! It is about time someone who developed the turned number style watch face turned the numbers to face the right way. What I mean by that is there are not a lot of people who wear their watches of their right handed. When the watch is read it’s on the left hand, and people usually read their watches cocked so it is not straight up and down, the turned watch face is almost up side down.

Love the watchface. A suggestion would be to slide the weekdays to the left so the last S isn't cut off as much. Looking forward to hopefully more customization options!