Namely 'Design It Yourself' data field.</p><p></p><p>You can access Data Field Designer by clicking "Get the hardware" button, This is a matter of convenience as pasting link in description caused wrong redirect.</p><p>To transfer settings from designer to watch app, press Import/Export button and sequentially copy/paste definition lines into Garmin Express/Mobile settings for DIY Data Field (please, let me know whether this process is ambiguous, I'll make a short clip to explain how to do that).</p> 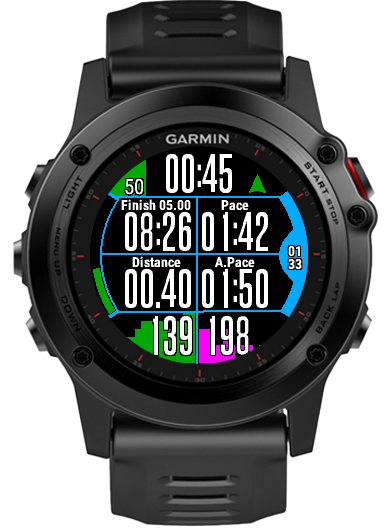 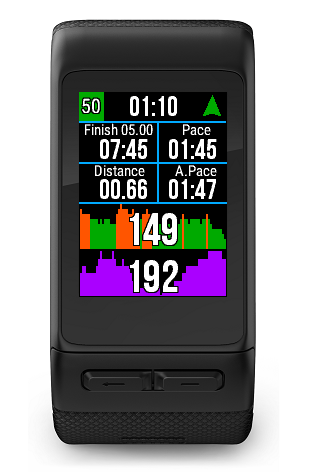 please make compatible for Edge 520Plus

Great! Will you update the compatibility for Edge 520 Plus?

Amazing data field, so much you can do!!! Only suggestion is to adds lap time option for a data field then this would be truly superior! Thank you!

Hands down, Garmin should be paying to have this on their platform. If you take the time to read the description and play around with the Data Field Designer tool, you'll get the perfect data screen you always desired. This might as well be the most useful thing on this store. I sincerely hope the developer will pick this project up again, and maybe add more features, such as more custom fonts and some presets and useful graphics.

Please consider adding support for the newer devices, upgraded to Fenix 6 and can't use this awesome datafield anymore :(

This is great, could you add a temperature field?

Great on my Edge 1030. Will you update the compatibility for newer devices like FR945 or Fenix 6?

Simply the best . Thanks for that grate job. Working well on vivo active 3.

Simply the best one! Except gradient, which probably uses gps and is not useful at all. Is it possible to force it to use baromether too? And how about to use DIY with multiple data fields or to use other data fields in DIY?

Moved to forerunner 945 and desperately missing this data field Any chance this can be updated? Thank you

Hello. I have a Forerunner 935 and a Stryd power meter for running. It's posible to design a data field with differents BIKE POWER VALUES but the power comes from STRYD?... If it's not possible, its necessary create a RUN POWER VALUES. Thank you very much

Best Data field by far. Really looking to edge 530 support. Would also like the option for some larger text options.

The idea behind the data field is really great and I'd love to create my own pages for my Edge 1030. The graphical creation with the web page is also very good - although I'd prefer something I can install locally... But: copying the result as strings to the device is very complicated - if you exceed the limit which you can transfer with the Garmin express application. You then have only the possibility to put it manually (e.g. via E-Mail) to your Android smartphone (for iOS devices it does not work because a bug in their connect app), an copy it in two or more strings via clipboard to the data field settings in the connect app. Very frustrating as the text editor which I try always decide to not select the whole line but only a part of it - which then let's you alone with a not working data field. A bit frustrating - but I've to accept it if it's not possible with other methods... But I really have big problems with the presentation itself. I designed a really nice looking GUI with the web page - but after I transferred it to the device it appeared different at the device. The positions of the widgets are different at the device - texts overlap lines, fonts look different, etc. - really bad :-( That makes the whole procedure "trial and error" - together with the above problematic transfer method the whole procedure is very frustrating. I hope the transfer method could be changed in near future and the problems with the depiction at the device could be fixed in the next version (of the web based designer?)

Wow. Literally just wow. As a suggestion it would be nice to be able to make the font size smaller but other than that its amazing. Got exactly the Datafield I needed and wanted

I love this app and use it for all of my activities. Is it still in development or do I have to fear that I can't use it in future?

The best app for training.

For me: best app in IQ-store! And @Richi: excellent idea to use DIY for map- (and elevation-) screen datafield!

I fully agree to all *****Ratings. Idea and functionality: brilliant. I use the app to have more data on the map screen of the edge 1030 (2 fields only whilst the Oregon had 4).

This is the way that the datafields should be designed in the first place. Garmin should really pay attention to this ingenious developer. Excellent job!

This is absolutely amazing and super easy to use!

Powerful and easy to use editor! Brilliant work!