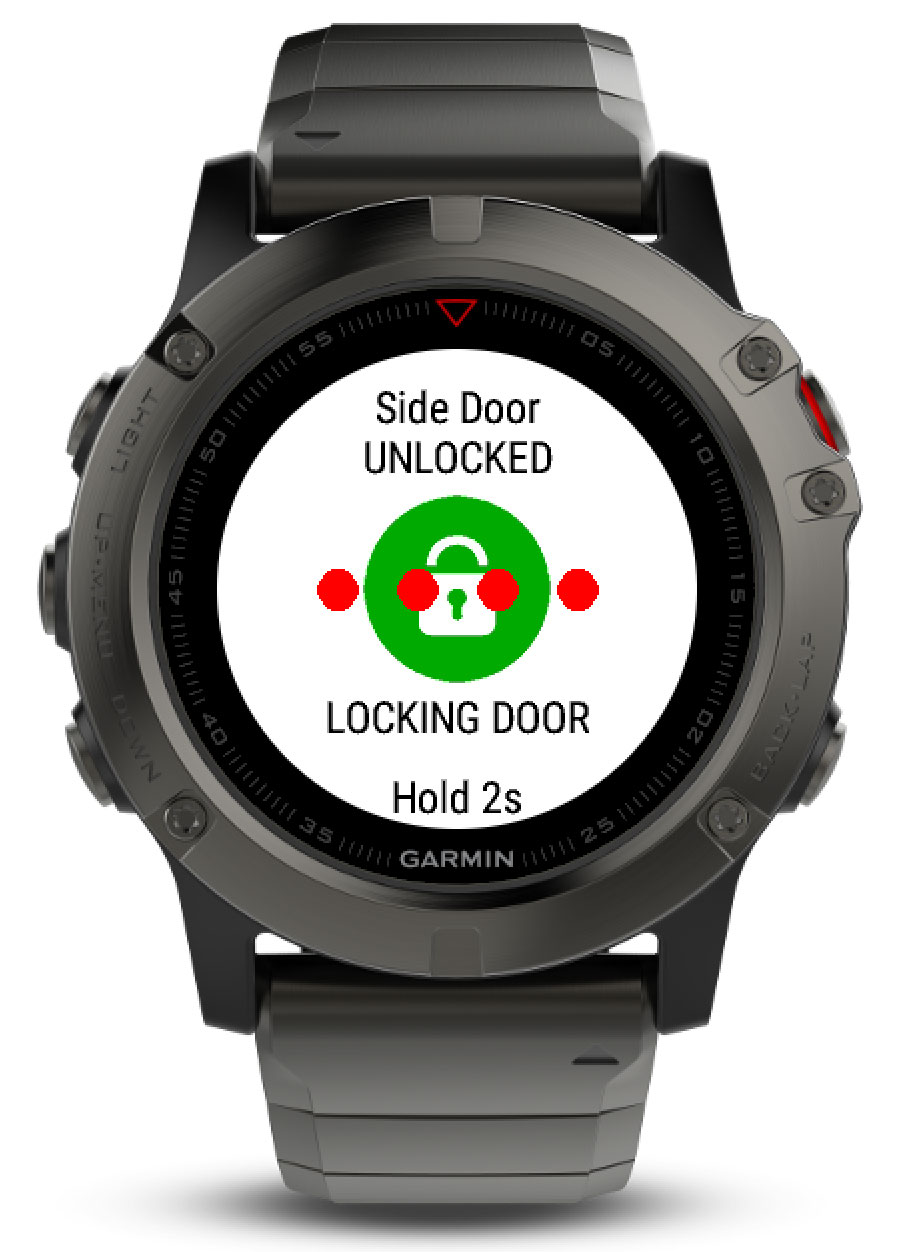 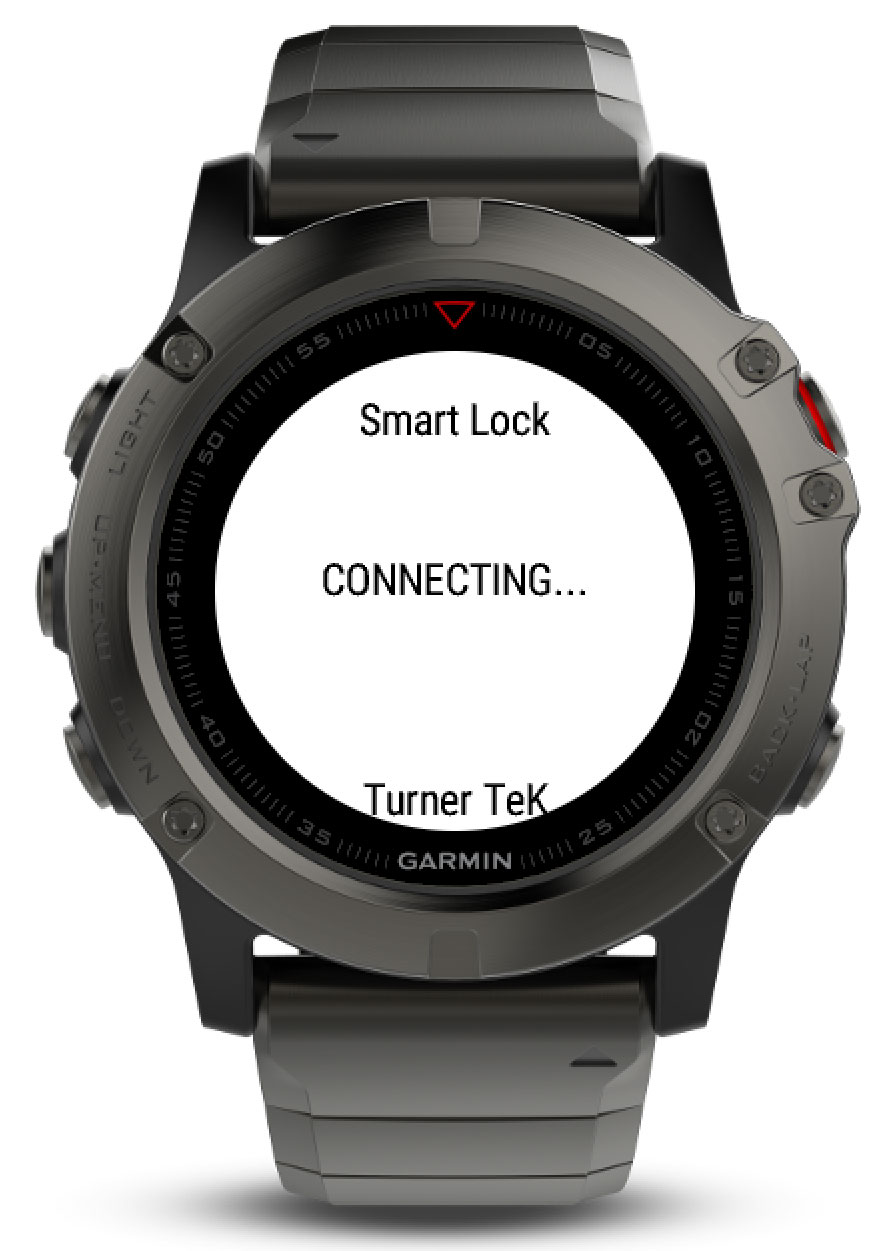 Needs a connection with smartphone to work even when watch is on wifi, which makes it kind of redundant

After a tedious activation process (you must follow the steps precisely in order), the app works but responsiveness could be better. My experience it that it takes about 5 seconds for the door icon to appear after the widget is opened. The amount of time the button needs to be pushed for the door to be locked/unlocked is also closer to 5 seconds, so by the time the door actually does lock, (10 seconds) I'm often far enough away that I don't hear the reassuring sound of the door locking. It is supposed to be 2 seconds which I would assume is to prevent accidental activation but my experience is that is always longer than this and maybe dev can shorten it. After the widget is opened and the door connects, there is no way to swipe out and back to the watch face. Need to wait about 30 seconds for it to time out, hopefully another item that can be modified. Promising app and hopefully some of the harsh edges can be smoothed.

It's a little cumbersome to get setup but following the instructions to the letter, it worked without issue. I wish there was feedback when you've held the button long enough to lock or unlock the door but so far it's working well. I'm happy with it. Great integration. I'd like to do some testing and figure out if it requires my phone to work or if it's working via the Garmin's wifi or exactly what. I'm hoping the phone isn't required but tbd. I'm also going to send an email to find out if I can use the key just for my account or if I can also use it for my wife. That'll be the final determination if it's worth the money. But I'm happy so far.

How do i get my codes verify, did not receive emails from anyone

Its explained in the application instructions, snippet below (6) Once your receive the 2 factor code from August (either through text message or email). Open the application settings through your mobile phone and fill out the verify code field with the code you received from August. Then sync those settings to your watch.

I have the 4th gen. August lock and have tried to connect it to my Fenix 6X sapphire through this app/widget without success. I have followed installation instructions and troubleshooting 8-10 times and I continue to receive "connection error" message and have been unable to control the lock. Is there a step or permission I am missing?

Thats not working correctly for you then!? Contact me to troubleshoot

The app works well, and the developer is super responsive both for troubleshooting and new features (he recently added home name to the screen to help differentiate between all "front doors" in all homes). 2FA documentation still needs some love, and at times the app takes a while to connect or it errors out, but all in all, this app does what it says it does.

A frustrating start - took over a week to get past two factor authentication. The developer discovered that if you also have guest access to an August lock, that will mess up the API response. He fixed that. But guest access locks will never work on Garmin watches -- only locks that you own.

Only used a couple of days now but it's amazing! Thank you for creating this and giving my Fenix3hr more capabilities.

I've tried to get this app to work so many times following the directions here on the site + through the developer and nothing works. I'm giving this two stars overall only because of the responsiveness of the developer. The app itself is one star because it just doesn't connect.

When it works, it works well, but it seems like every firmware update breaks this app and it takes months to get fixed. Constantly getting connection errors and invalid credentials errors and despite uninstalling, reinstalling, and resetting up the app it still won't work. Last e-mail I sent to the developer went unanswered too. I was happy spending money on this for the first couple months, but it has largely been unusable for 2/3 of the time I've had it now.

got to authenticate on the 15th attempt and now now 90% of the time it says response timeout. D2 Delta PX and smart lock pro with connect

Hi Hassan, Can you please retrying the setup. I believe this should now be working for your situation.

Initial issues with the widget crashing but the dev quickly responded to my email. After some troubleshooting he pushed an update which now works perfectly, exactly as I hoped!

Update: It's working Developer got back to me, I uninstalled, reset my August password and then reinstalled everything making sure I prefaced my phone number with a "+" and entered everything correct.