Quote of the day

Widget provides you quote of the day. Inspire yourself! Press Start button or tap the screen to read right quote for you.</p><p> 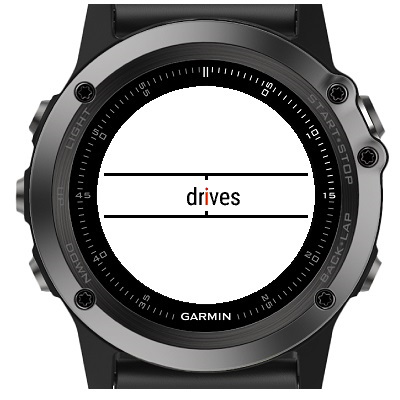 It does work alright. The idea is cool. However add better quotes. These ones I found to be lacking quality.

Ok, thank you for idea!

Five stars. good fun widget. How many quotes are there??

Around 25 different quotes. More on the way :)

gr8 app, its perfect speed and i like how you can change the wpm

Could be an interesting widget, but currently it goes way to fast, word stay on screen for less than a second ... Instead I would suggest that the text slide right to left and and give the ability to control the speed

It is a main principle to display words such fast, so you should not read them moving your eyes and even "pronounce" in your mind during reading. See spritzinc.com for more information. Scrolling is a times slower reading technology. Ability to control speed is introduced as a setting in 1.2.3, please update.

using spritz on watches is a really nice idea. changing wpm from buttons may be better. :)

Thanks for review. Actually widget tries to do similar as spritz, but there are some limitations on Garmin side (they are aware). Setting delay as indirect "wpm" control introduced in 1.2.3.

Love it! Some beautiful quotes that just add more media and allure to a great tool. Text Working fine on vivioactive HR. Only qualm is not quite a quite a day as currently quotes cycle to a new one every time you re engage with the widget (i.e not on a time basis, is it meant to be like this?)

Thank you for review! It is intended to have a random quote every time you launch a widget.

This is a grate app, but it is very hard to read because it is to fast on my garmin forerunner! Can you slow it down? Thanks!

Nice to hear you are satisfied. Delay setting introduced in 1.2.3, please update and stay tuned!

Mine isn't doing anything. I get the two bars but no words or phrases.