6-9-17 2nd generation of Simple Big, with the most visible change being SECONDS ALL THE TIME on devices that support it!</p><p>If you like the app, and want to buy me a cold drink, you can do so by way of https://www.paypal.me/jimm58</p><p>This watch face displays the time in a big (skinny) type font. Supports 12/24 hr. As one of my Simple watch faces, you can set many things with "settings" on your phone or with Garmin Express!</p> 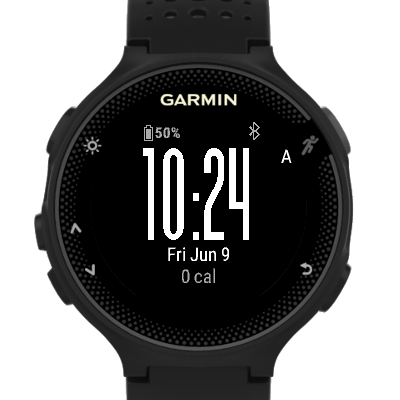 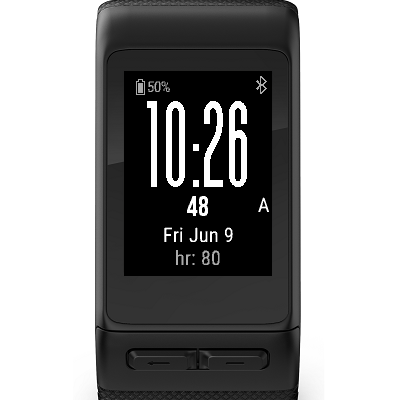 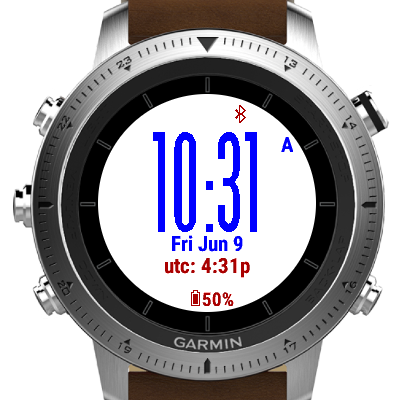 One of the nicest around. It just needs the date format updated to chose between the way you prefer

Great simple face, would like the option to change the date format & change progress bar colour. Nice work. Thanks

Unable to get the update to work with the available vivoactive HR FW (ver. 2.9).

What happens when you try?

Looks good on 235. Please make step count font bigger or give us the option to increase size. -old guy

Works great, and the most relevant info always available.

This is the nicest watchface available for the VivoActive HR. You can easily read the time and date, it looks good and presents a great deal of information while also remaining uncluttered. Thank you!

I am really liking this!! But there is one thing that could be added in somewhere and that's the inactive meter, it could possibly first in between the time and steps or under the step count? Other than that it's great!

I think the size of the day and month shoud beon difference size. And how about adding the day name?

This would be perfect if there were an option for steps with just the steps (as opposed to steps & goal, etc.) in a bigger font. All we really want to know throughout the day is the time and step count. Thanks!

Why does it show white background in picture but comes up black on my 235? Can I change that and how?

The best face so far. Any chance to hide battery until it's less than X percent? And an option to hide the total steps in the far bottom row? Also, it would be great if Bluetooth icon would only be visible when the connection hasn't been established.

Nice update. One request though, could you make an option to have bold hour digits? It would look really cool

How do you change the colors on the vivoactive?

Thank you! This is the kind of big time watchface I was looking for.

A very nice watchface! You can add option for colors blue on red, white on blue, white on red, etc. I think that the seconds are really useless (and battery drain too) in every watchface even in high mode. You can put an option in settings for seconds always off. If there is no such option in the sdk I think better to just delete the seconds in both modes! Well done for the great job!!!